We Will Find Ourselves Anew

On the debut album by The Manly Deeds. 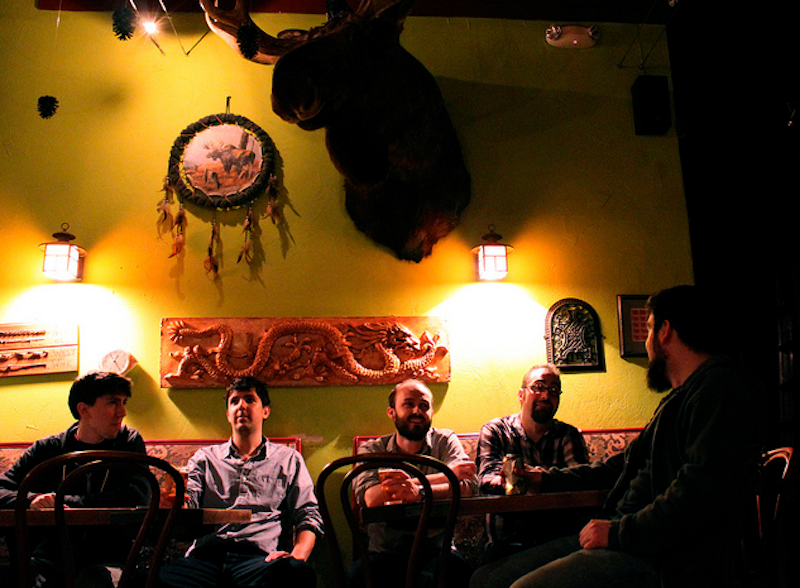 I've never been in a band myself, but I can only assume that the hardest part is thinking of a legit name. Kick around long enough on music blogs and you'll start to notice some patterns: anything animal related; ironic appropriations of consumer products; "The [insert random noun]"; and so on. Too generic and you'll likely find out four or five kids in Gary, IN have been using it for years.

If you're from Baltimore, you may remember that Wye Oak started out as Monarch, which Google tells me is the name of more than half-a-dozen bands, including this Seattle-via-Pittsburgh pop four-piece and, more famously, this French "sludge doom" outfit fronted by Emilie Bresson (who, in some photos, bears an eerie resemblance to Jenn Wasner).

It was the same dilemma for The Middle East when, late in 2009, an Australian folk-rock band of the same name achieved unexpected success thanks to Pitchfork and various indie music blogs. That band broke up this past summer, playing their last show at the annual Splendour in the Grass festival, while our own Middle East had to find another name—they finally decided on The Manly Deeds, a reference to the Maryland State Motto, Fatti maschil, Parole femine ("Manly Deeds, Womanly Words").

Now, after two EPs, the band has released their debut full-length, Hard Times For the Animal Kingdom, 14 tracks full of boot-stompin' bluegrass and tender folk ballads. Adam Aud is the stand-out here: Jason Aud and Brad Cardwell offer up some fine harmonies, but Adam's got that old-timey holler working for him and he's a fine banjoist and harmonica player too. "Tomorrowland" and a reworking of Cab Calloway's "Minnie the Moocher" find the band in dirgier territory, while "Brighter Glory" is a modern soldier's hymn. Local folkster Cameron Blake does his best to help it along, but the song is burdened by its own sentimentality; which is to say that The Manly Deeds are at their best when they don't take themselves so seriously—there's only so much affected Appalachia pretense I can stand. Songs like "St. Paul Girls," "Bumblebee" and the title track work because you can pretty much see the guys sharing a coy grin as they strum along. "Blacken the Sky," featuring Dave Hadley's always-beautiful pedal steel, rounds out the album in fine folk style.