What Year Is It?

Times are dark and getting darker. 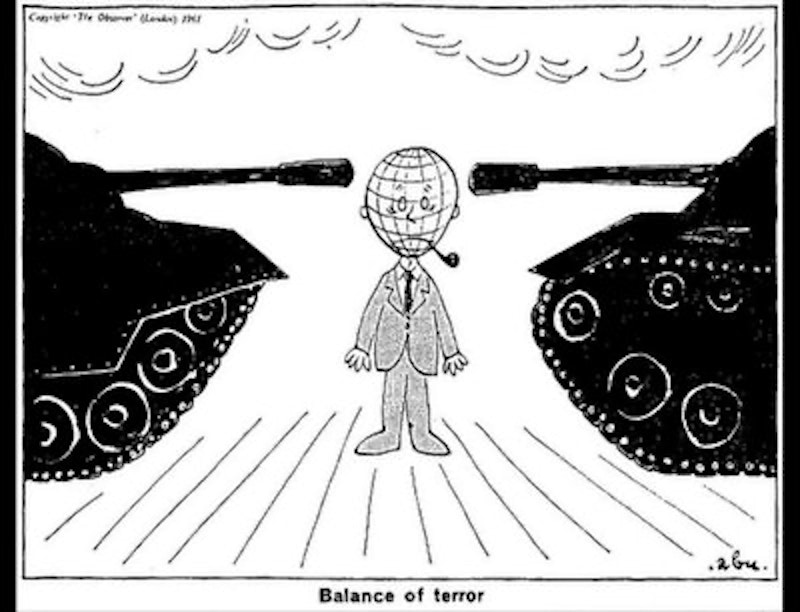 Summer ends with a great exhalation of devastation: hurricanes and earthquakes, and the meadow behind my cousin’s house has been evacuated by the animals. All of them. An onslaught of raucous renovation has been going on two doors down, including chopping down every living thing out to the property line. That took out a couple of huge old trees and a couple of mature younger ones. My cousin had the large copse right at the edge of her patio eradicated, leaving a 30-foot circular patch, like the scorch mark of a Nazi flying saucer.

It’s like Watership Down around here. The animal circus has left town. I haven’t seen a rabbit in two days. The chipmunks are gone, as well as most of the birds. All I see now are men chopping down old trees and feeding the beautiful wood to a woodchipping machine. Desecration is all the rage these days. Would you like to hear a Holocaust joke?

I still have a couple of days left here, but it’s looking like this might be the first summer of my life spent in New Jersey without once setting foot on the Shore. The last time I went, two years ago, I found it pretty disappointing. I have fond memories of the place. I don’t want to tarnish them. I can swim better than I can walk, and I once bodysurfed fairly challenging waves, probably still could, but nostalgia isn’t my thing. It’s all I can do to keep up with the present.

My aunt has recovered from her fall. She’s up and around, looking good, and just a bit battier than she was before she hit her head. The weather in Gainesville seems to be slipping into autumn, daily temperatures holding steady below 90 degrees, which is fine with me. I’ll head south on Monday, hit the mid-week motel rates, take my time getting there. There’s no urgency in my life. I’ve set aside extra funds in case of heavy weather. I’ve got a trunkful of beer and a little weed, several cartons of cigarettes. I could hole up in a motel for a week if I had to.

I’m finding it difficult to engage with television in the wake of the third season of Twin Peaks. Nothing satisfies. I only check out mainstream news for entertainment value. Russia Today is the most reliable. The Weather Channel is still my favorite wallpaper. It’s perfect with a few PBRs and a joint or two. When I leave a room, it always smells like Febreze. Always carry Febreze.

R. Marilyn Schmidt retired for health reasons and closed Buzby’s General Store in Chatsworth back in June. That place was the true heart of the Pine Barrens. It’s still up for sale, with a geothermally heated apartment upstairs, perched over 17 trillion gallons of the freshest water on earth, for under $500,000. Marilyn might be an angel. She’s the only person to have fully mapped the Pine Barrens. Google Maps tried to drive me into a lake out there in 2015. Despite the will of the people, the organized crime racket centered around natural gas is going ahead with their pipeline project through the Pines. That forest burns on a more or less cyclical basis. Intelligence seems to be inversely proportional to greed. I don’t think the pipeline will get built. I think it’ll be plagued by hauntings of a uniquely horrific nature and gruesome accidents, not that I’d wish that on anybody.

I came up here for a lot of reasons. Not all of them have been fulfilled, but that’s life. I caught a lot of light in Milwaukee, entirely by surprise. That was some kind of epiphany. It’s difficult to stay above the constant media push for race war and war with Russia and still stay informed. It’s vital to keep to the local level. Times are dark and getting darker. This atavistic resurgence of Nazis versus Bolsheviks is a farce I’d rather avoid. If you haven’t had your DNA analyzed, shut the fuck up about race. Nations that go to war with Russia invariably suffer defeat. Russia is the last white Christian nation. It’d be wise not to poke the bear, but wisdom is in short supply these days, here in the days of perpetual war.

What happened to the anti-war movement? Remember that? What year is it?