The romance of toy railroading. 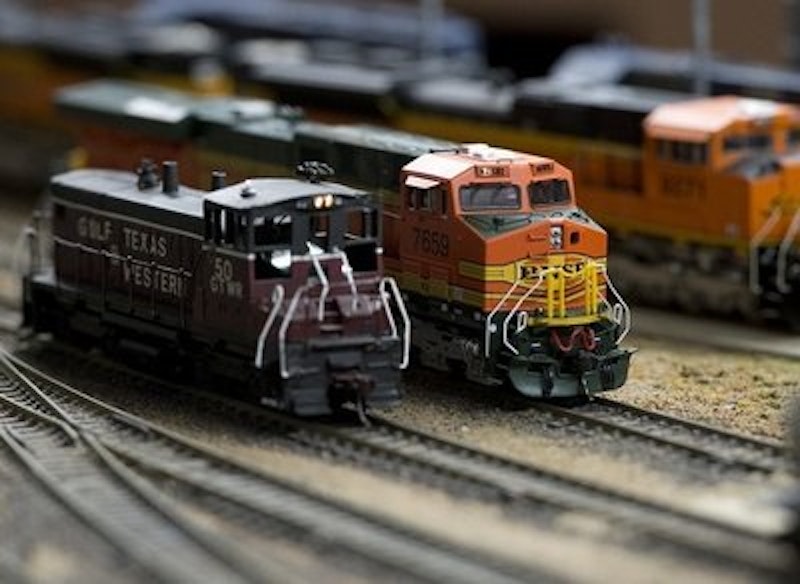 My health problems persist. I’m facing another “scare” that I hope to weather with the help of God, who watches over sinners like me no less than he does over the holy Russian people. (His love for them has largely been indistinguishable from chastisement—but then who are we to question His ways?)

Yet the changing of the seasons brings an optimism nonetheless. And so does a discovery that I made this weekend while clearing out the storeroom of our Benedict Option homestead: three boxes filled with the components of the toy train set that my late brother and I put together as children, during the administration of the boor Nixon, a sort of Queens pimp before his time.

It gladdens me to think of those days, and of the hours that my brother and I put into elaborating our train set in that basement rec room in the Indianapolis suburbs. What satisfaction we gained from poring through the Tyco and Lionel catalogues, dreaming of what special new part we would mail-order next—an automated crossing, maybe, or a locomotive roundhouse, or a bright red caboose, with real miniature bunkbeds, in which the imaginary crewmen of our trains could recline together during their off-shift hours, their dungarees hung from sturdy pegs hammered into the wall. And that’s to say nothing of the joy that I took in the small acts of craftsmanship (soldering, wiring, splicing) that maintaining our train set required.

And a fine set it was! My brother and I were the envy of the neighborhood boys, and attracted visitors from all over our town. They included a certain Father O’Malley, a fine old florid Catholic priest who, through his special ministry to me, initiated my progress away from my family’s wan Methodism. This was, needless to say, a progress that took me “home,” in the end, to Russian Orthodoxy.

Now I think it would be a great idea to restore this entire old HO-gauge train collection and set it up in one of our outbuildings. This would provide me a soothing pastime after the exertions of the harvest season. It would also create an “attraction” that would delight local children here in our corner of Indiana.

Brother Aiden and I have already drafted a list of local schools, the administrators of which we’ll inform of the railroad wonderland that we’ll create. We’re sure they’ll agree that a class trip to visit our extravaganza will be one that both delights and instructs—the latter because it offers a view into the mode of long-distance locomotion that dominated before the rise of the car-culture suburbs, that soulless phenomenon of Zionist/neo-liberal “liquid capitalism.”

Of course, not all the local youths who will be interested in a splendid toy railroad actually attend school. Given the social breakdown that rural Indiana has seen over the last 20 years, the countryside is littered with rootless adolescents. They skip class, dabble in opiates, and practice crime, not excluding the peddling of sexual favors to middle-aged gentlemen in restrooms at the edges of unkempt ballfields, and in certain overgrown willow groves along a certain quarter-mile stretch of the western bank of our local river.

Brother Aiden and I will round up these youngsters by car and bring them to our homestead. There, we will initiate them into the romance of toy railroading, giving them a lesson in the satisfactions of the passionate hobbyist.

This will involve much loitering on our part around the back alleys of methadone clinics and outside the men’s rooms of the Greyhound stations in Greenburg, Williamstown, Sandusky, St. Maurice, and Slabtown. But such “outreach” to troubled youth is the duty of every Russian Orthodox Christian, and Brother Aiden and I will assume our duty with, I hope, a Christ-like equanimity.