I love the CN Tower. 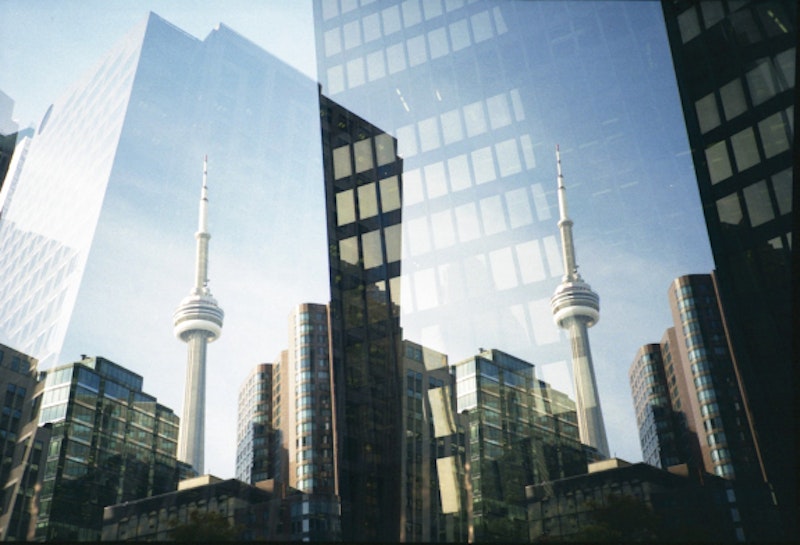 I’m in Ontario on assignment. Don’t ask, I can’t divulge much further… although I will say the CN Tower is a very interesting if functionally useless piece of architecture that defines the place I’m in. Nothing untoward is occurring, no bad deals or illegal transfer of funds, and certainly no dumping of materials. If this copy reads as vague or unnecessarily obtuse, I apologize. I’m under an enormous amount of duress and could badly use a smoke of wheat or pine, but I always travel clean. It’s important to keep your razors and your toothpaste close but separated. Speaking from experience. I left the airport today and was a bit chuffed at the extra hundred dollars I had to pay for “Avian Assistance,” which is just more discriminatory, predatory taxation by the government. I mean, to be expected, but still. I had to ride in the cargo department—AGAIN—just because I got a bit peckish in the terminal and might’ve caused someone to… how do you say?… bleed out? I never initiate violence against others, but when I do, I tend to break their orbital bones and punch in their eye sockets. In addition to the cutting. So, all things considered, I may have gotten off easy this time.

Once I got to my secret location, I took a cab to Chinatown and—I’ll admit—was a bit buzzed from the product and in a talkative mood. But boy, this guy talked at a snail’s pace, and about nothing! So I decided to get him going. Canadians are fun—it’s like being in every Midwest town at once. We started talking about baseball for some reason. I don’t know why. Maybe it was because I was wearing my Mets hat and commemorative 2016 World Series party glasses, wired and hungover… anyway he told me, “You guys down in the States… you’ve got the White Sox… and then you’ve got the Red Sox! Isn’t that something?” I couldn’t believe what was happening so I just made a sound and tried to swallow my spit. I sunk deeper and deeper into my chair, trying not to make any kind of affirmative motion or sound but he kept going. “Now, eh… I’ve see you’ve got a Mets hat on… you’re a fan I assume? Heh…” Now he was stealing my thing. “Heh.” Yeah, that’s proprietary. I perked up.

“No. I hold no allegiance to any one team. I am a rogue. A rover on a mission of no man. I walk softly and carry multiple large sticks. I am the armada, the wind of the rain. I will see you from above”—we turned a corner. “Now, let me ask you this… there are only… two teams… in the MLB with names that don’t end in the letter ’S.’ Can you guess which ones those are?” I couldn’t believe this was happening. I didn’t need banter and Alec Baldwin doing “DUH Bears.” I opened the window and spit. I closed it… very slowly… and asked him. “No. I don’t know. Tell me, please.” He turned around, yellow teeth and gray hair. “Ha! Well, you know it’s the White Sox and the Red Sox!!! Funny, right? You’d think they’d have S’s in their name, but they have that… they have that X. Funny isn’t it? Heh…” He was stealing my thing again so I paid double the fair, jumped out on the highway, grabbed my bags, and tried my best to fly away. It doesn’t come easy to me but I can do it in a pinch. This “heh” thief took me out of the way. I needed to make it to that tower… what the fuck is that thing called, anyway?