What Was the Greatest Thing About Nora Ephron?

Before Hollywood there were the magazine articles. 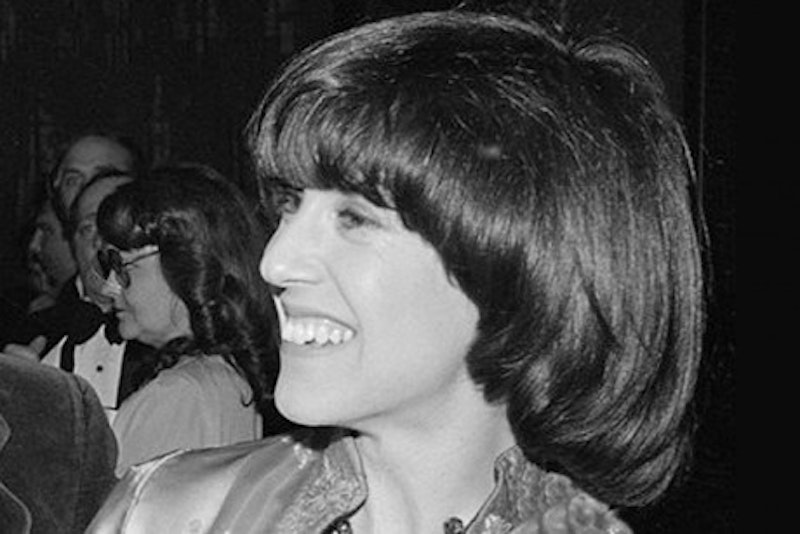 She wrote the sort of prose that everyone thinks they can write. They can’t, she could. Later she made movies, a few of them hits that are still remembered. But long before she hooked up with Tom Hanks or Meg Ryan, Nora Ephron turned out articles for Esquire and New York that demonstrated how good personal journalism could be when the right person was writing it. She sounded like she was talking to you, talking eagerly. In real life that experience often produces tedium. But not in her articles. She hit an all but ideal point between informality and the stuff that makes prose work: concision, clarity, a balanced sound. Her sentences fell into place with an ease that rolled the reader along with their movement:

“I like to think that things have changed since my early years in New York. A lot has happened in the world, clearly. The women’s movement, birth control pills, legalized abortions in New York—life ought to have changed in some way. I want very much to believe this; like many married women, I have managed to romanticize my single years beyond recognition and I spend a lot of time daydreaming about what it would have been like to be single knowing then what I know now—or simply what it would be like to be single again.”

Reading an Ephron piece felt like having a person’s mind talking directly to yours. It was like somebody else’s interior monologue had popped up in your head and turned out to be more lively and coherent than whatever you had going on. As you might guess from the quote above, she often wrote about being a woman; in fact that was her special beat when she became a regular columnist for Esquire. She was a feminist and stayed one the rest of her life. But she didn’t write as a movement advocate, she wrote as someone giving the lowdown on her thoughts and feelings. Central to this effect, in her case, was a certain modesty about what she thought and felt.

In 1972 Ephron wrote, “I spend a great deal of my energy these days trying to fit feminism into marriage, or vice versa—I’m never sure which way the priorities lie, it depends on my mood—but as truly committed as I am to the movement and as violent as I have become toward people who knock it, I think it is unfair to dismiss these men.” The men in question were those asking the plaintive question of whether there’d be good sex after the women were free. Instead of doing a hat dance to demonstrate her right-minded fury, Ephron let the fellows in on a secret. “They deserve some kind of answer,” she wrote. “Okay. The answer is, nobody knows what happens to sex after liberation. It’s a big mystery.”

The monumental ideas of the women’s movement floated overhead; Ephron showed what it was like to live at ground level, to have the ideas in sight and to follow them but to have no firm notion, as yet, what they really meant for your life. Writers who did know, or thought they knew (because some mind-changing went on as the 1970s ended and the 80s wore on), were honest enough with their readers but perhaps not so much with themselves.

Ephron’s magazine career started in the late 60s and continued into the 70s. The New Journalism had just been invented and was now being xeroxed to death. Most examples went for the big noise, a technique that invites self-importance. Norman Mailer ruled the top of the mountain, and down the slopes you could see miniaturized giants pouring out similar gouts of vapor; this was a period when Joe Eszterhas was taken seriously enough for editors to publish his work thinking it was prose. It’s tempting to say that only men turned the new freedom into an excuse to play Great and Powerful Oz. But women emitted fraught copy about menses and upheaval and shuddering revelations at the base of their oppressed souls. For every article, male or female, that nailed a breakthrough, there were a dozen that huffed and puffed simply because that was the done thing.

Ephron hit the mark every time, and she did it without hyperventilation. She seemed to realize that a smart person’s thoughts didn’t have to be big to be worthwhile. A good point about the shared verities of existence didn’t have to be dragged up from the guts and smoke like dry ice. Dial down the noise and you could hear the sounds that make up our minds’ unremarked daily existence. Often enough those sounds were hilarious, because people are hilarious, and they were good to hear because noticing them made us understand ourselves better. She was a fine writer, and there really aren’t enough of those.