I had made no effort to understand what was happening to my body or how to properly navigate the healthcare system. 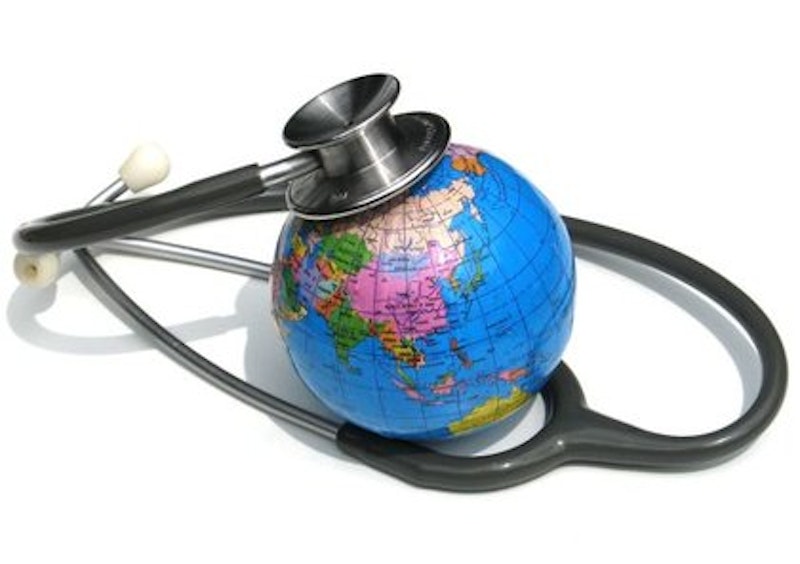 Like many cocky young people, I grew up believing I’d live forever. I had always been healthy, an avid runner, and a competitive wrestler from middle school through college who was comfortable taking almost any physical challenge.

The first couple of years of college did nothing to dispel this belief, until the summer between my sophomore and junior years, when my daily walk from the restaurant where I was working part-time evolved slowly to a limp, to a hobble, to me essentially dragging my left leg behind me, blinding pain throbbing from my upper calf to my numbed foot. One cab ride to the hospital and one sonogram later, I was hospitalized with a diagnosis of deep vein thrombosis, essentially a blood clot that emerges in the calf.

The doctors tried to convey the potential severity of the condition. They explained that if I had waited longer, I could have run the risk of amputation. Even worse, the clot could’ve broken loose and moved to my heart or lungs, a possibility that could lead to cardiac arrest or sudden death due to lack of oxygen. Still, as a foolish kid who had just turned 20, I remained blissfully unfazed. I was blinded by the illusion that I was still a perfectly healthy young person and that 20-year-olds never dropped dead in the streets. The entire ordeal was a minor inconvenience keeping me from the rest of my summer, my internship at an online magazine, new friends, a new girlfriend, the first summer on my own in the city without the pressures of classes and schoolwork. These were the things that were important to me at the time. On my first day in the hospital, a few friends had visited and set up Guitar Hero in my hospital room; the gravity of the situation never quite settled in.

And not much changed when I was released. The tests had all come back negative and my physicians had simply shrugged their shoulders and released me on two weeks of self-injectibles followed by a six-month regimen of an anticoagulant. Despite limping for about a week following my release and having to drag myself to biweekly appointments, nothing had changed. The clot dissolved in time and left behind no answers or revelations, just a mild sense of confusion.

My medical history for the next four years or so was relatively uninteresting and the brief hematological adventure was written off as a fluke and quickly forgotten. However, having passed in and out of the medical system, I became more interested in how it worked. After graduation, I moved to Washington, D.C. to work for a small healthcare nonprofit, studying the intricacies of the system, the elaborate networks of payers and providers, the labyrinth of pharmaceutical management, and the twisted complexities that surround the business of sick people. All of my education and work took place behind a computer screen within the confined walls of a cubicle. Chemotherapy, hospice, preventive screenings, medication adherence, these were the tricks of my trade but they were words on pieces of paper with no faces to the names.

Then I started limping again. I tried to ignore it, but the symptoms were familiar. Pain in the calf. Numbness in the foot. I hobbled into a hospital for the first time since that summer with the conviction that I had another clot. In the waiting room, I noticed the screams, moans, and wheezing coughs, the patients slumped over waiting room chairs, some asleep, some unconscious. Family members picked fights with the hospital administrative staff and a lingering sense of tension and muted despair hung in the air.

When I was moved into the ER, the volume amplified. I heard wailing cries and the shuffling footsteps of physicians moving between curtained sections in a panicked frenzy. While waiting, I became fixated on the curled figure of a small woman in a pink sweatshirt, the hood pulled tight and her head between her knees, hacking deep phlegmy coughs between bouts of quiet sobbing.

I was calm but nervous, trying my best to be patient with the multiple hospital staff members who came and went, asking questions, scribbling on clipboards, then disappearing before I could elicit any answers. I was immobile on my cot, re-telling my medical history to each nurse and intern that passed through, but each seemed to have the same diagnosis: I was 24 and healthy. There was no way I had a blood clot. After about an hour, I was subsequently wheeled through the bowels of the hospital, past yellow-eyed patients and over-stressed nurses, to a dark little room in the back for a sonogram, which brought the results I had been expecting. I had yet another deep vein thrombosis and would likely be on an anticoagulant for an indefinite period of time.

There was no Guitar Hero this time.

When I walked from the hospital into the buzzing streets of downtown Washington, I began to envision the walls rising above me. I needed close access to a pharmacy and medical facility at all times, ruling out any year-long voyages around the world or backpacking adventures through Southeast Asia. I was going to have to monitor my diet and cut back on drinking. Little things, like playing amateur rugby or learning how to drive a motorcycle were crossed off my list due to the now significant risk of internal bleeding that had become a permanent factor in my decision-making process.

Over the next few months, I researched just about every forum and medical journal on the topic I could find. The risks that the doctors had voiced four years ago of amputation, heart attack, and lung failure all became hauntingly real. Any time I had heartburn or numbness anywhere in my body, I became convinced that I was going to die. Simple tasks such as crossing the street were approached with pangs of anxiety over the fear of a stray car delivering the aggressive bump that could lead to an aneurism. I bought a medical alert bracelet. I joined a Facebook group and asked questions in the group's forum. I read the evidence-based treatment guidelines and medical journals, and I barraged my doctors with questions with each visit. I gradually became as close to an expert as I could possibly be without a medical education.

This is what I should have done that summer four years ago. I don't think that my actions following that hospital experience contributed to my second clot as I still maintained a relatively active and healthy lifestyle, but by ignoring it, I found myself emotionally unprepared when these problems occurred a second time. I had made no effort to understand what was happening to my body or how to properly navigate the healthcare system. I had been shepherded between physicians and nurses on a regular basis, shelling out co-payments and having blood drawn routinely without bothering to ask about what was happening or what lay ahead.

On average, a physician spends only about seven minutes with a patient per visit; consulting the patient on medication is about 49 seconds. More often than not, a prescription is written, basic dosage instructions are given, and the door closes. Any issues of side effects, risks of non-adherence, or medication misuse are traditionally left for the patient to figure out for himself. The medical system is too bloated and the demand for care is too high to warrant much more than this simple 49-second interaction, and this is a problem that is only going to get worse in the post-individual mandate world, as more patients will inevitably flood into hospitals and clinics on a daily basis. It's up to the patient to ask questions, do the research, modify behavior in a positive way, and be a better-informed consumer. Sometimes it takes an emergency to force this shift, but I hope that’ll change through basic education as issues of human health and the complexity of the healthcare system become more pervasive in the American mindset.