What My Ex-Boss Said to the Pothead

A true story of office life. 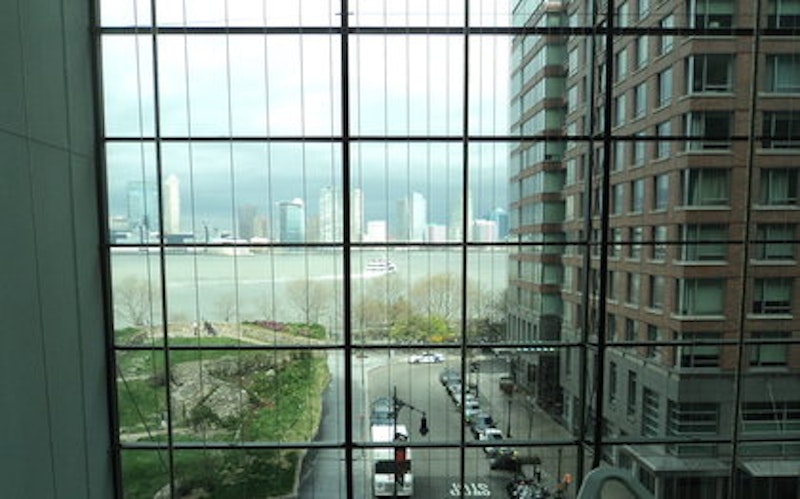 I worked at an office that was a mess. It stayed one for years and years. One manager, another manager—they got swept in and out, and none of them were much good. The place was a trade newspaper, and I hear that journalists make bad managers. Maybe that's the explanation.

Nine years I stayed there, and sometime during the second half things became especially choppy. The sweeping in and sweeping out happened with unusual speed, and a man I liked was swept into power. He'd been editor when I was first hired, an old man whose office took up its own corner and had plate glass windows and a view of the Hudson way down below. We all had plate glass, technically, but most of us were parked a long way off from any windows; Mr. A (his nickname) had plate glass all his own.

He stayed editor a couple more years and was then ousted. His number two was named editor in his place, and the old man could go home. A year passed. The new editor had a fight with his boss, the fellow who had made him editor. The boss won and the editor walked out, along with much of his staff. All of a sudden the old man at his desk was editor again. There wasn't much to do, because the walkouts left the place crippled until there were new hires. We, the leftovers, would slap together four or five stories and a couple of columns and call that the day's paper. It was light work and the empty desks said the place was ours. Nobody cared. My old editor was one of the leftovers, even though he was in charge again.

I mentioned that I liked him, and that my paper didn't really have any good managers. My old boss got a lot done; they tell me he was the one who made the paper into a news-gathering organization, with bureaus and investigative stories. But he did it while sitting in his office; a younger man went out and kicked butt for him, and Mr. A never had to reckon with the process. When the younger man left, Mr. A set together two deputies who didn't get along; he figured their different temperaments would give the paper what it needed, but instead the two settled into miserable trench warfare. That's the period when I was hired, and I hated it. I always figured that Mr. A could have had his ears open to the unhappiness, but he didn't want to know.

That's how he was a bad manager. I liked him because he was a mild, blinking little man who admired Fowler's Modern Usage and went bird-watching. He was one of the few quiet people on the newspaper staff; in fact, in the entire office building, which was more than 24 stories. Our typical reporter, before taking off, was less than half his age and more than twice his size. Mr. A wrote very good prose, though his editorials usually wound up with a call for more pondering. He ate a peanut butter sandwich and half a brownie at his desk, and he worked nine hours a day because he wanted his paper about muni bonds to be a miniature New York Times, a paragon.

By the time Mr. A became editor again his corner office was gone. The company had moved us either up or down a floor, and the editor's office was now smaller and nowhere near plate glass; it was tucked between the coffee room and the elevators. Mr. A wandered about and chatted with us other leftovers. We were surrounded by chairs and our building's vast windows and the views of the Hudson and downtown and Battery Park.

One day a fat boy named John accosted me. He was a student at New York University who got underfoot doing, or not doing, various part-time jobs in or about the paper. I was coming in from the elevators when he grabbed my arm, his eyes red and his face wagging with enthusiasm. “Mr. A,” he said. “The little man. This is so great.”

His story emerged. John had been off to Battery Park to smoke a joint and look at the sun, which was getting low. Then he remembered that it was Wednesday and he was supposed to update the library log. He made his way back into the monolith and rode up to our floor. The light slanting through the windows dazzled his eyes; it was the same light that he had seen just minutes earlier, a human on ground level. This thought fell upon him, and at the same time he saw the small peanut of Mr. A's silhouette cut out against a blank wall of glass. Mr. A was standing at one of our windows and looking at Battery Park.

John wandered near his elbow. “What do you think would happen,” John asked, “if they detonated a high-powered device? Not nuclear, but just a high-powered device? They set this thing off, enough to seriously disrupt the entire city so everybody feels it right at once, but no radiation, and we're watching the park and the sunset.”

“Well,” Mr. A said, and John did a good imitation of him, “I think first you'd see people... running around. Acting just like... animals, really. I think that's the first thing. It would all come away.”

John's oversized head swung from side to side as he told me this. He had the look of somebody who sees a perfect basket made from midcourt: like admiration has closed on him in a vise and now all he can do is cope with the physical effects. “'It would all come away,'” he said.

Mr. A was ousted again. The same boss who had kicked him out and then reinstated him now found a new man to take over; not at all happily, Mr. A. entered retirement. The new man quit after a year and a half and was succeeded by his deputy, who lasted a year and three quarters and was then pushed out so the new man could become editor all over again.

Reporters got hired and fired. Faces came and went, and eventually some stuck around. One day, after deadline, I was talking with some of the fellows as we looked at the sunset. They were a couple years out of college.

I told them about John and Mr. A and what he had said. “I guess you really had to know him,” I said when I was done. I was thinking about how John could do Mr. A's voice.

Great? I think it's pretty good and I'm proud Mr. A said it. He wasn't the greatest boss, but people like him make office life bearable.