The humiliation of modern feminine protection. 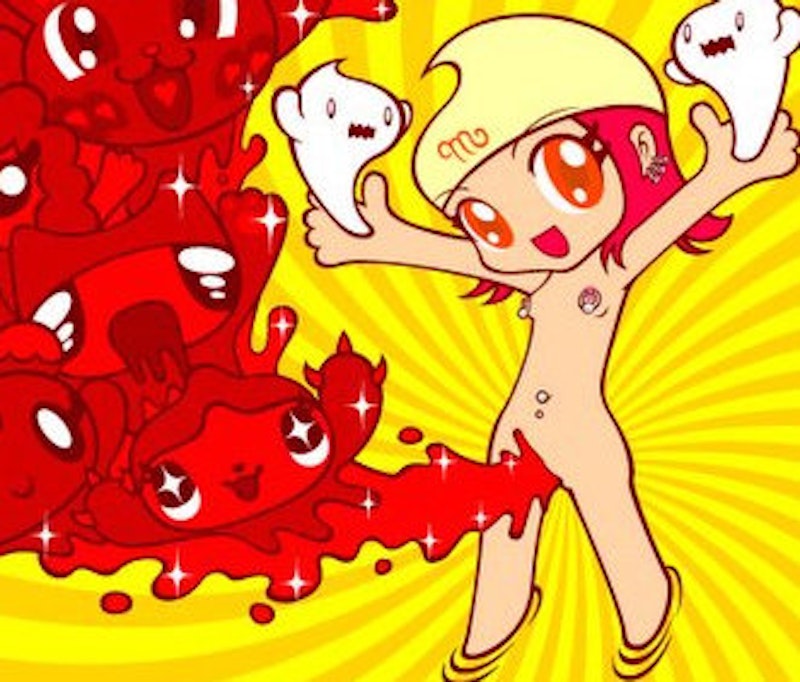 Whenever “What’s the most embarrassing thing that ever happened to you” comes up, I always have this story in my head but I’m too embarrassed to tell it. Here it is, for the record, so I can file it under the better-out-than-in category once and for all.

I was in eighth grade at Mother of Divine Providence Catholic School back in my hometown of King of Prussia, PA, which isn’t so much a town as a shopping mall. The Food Court was our downtown. My teacher that year was Sister Nancy, a robust, short-haired nun who was early-1980s revolutionary enough to wear street clothes versus her habit to teach in when she walked over from the convent in the morning.

Girls get their periods much earlier these days. Now, it’s fourth or fifth grade; back then, it was seventh or eighth. Blame the growth hormones in the milk and chicken. When they showed us “the movie” in fifth grade that warned us of our impending menstruation, they failed to tell us how to handle M.F.P. in a practical sense at school. MFP was the acronym we’d given “Modern Feminine Protection” since that’s how they referred to it in the beachcombing-in-white-clothes TV commercials we saw during Family Ties or Charlie’s Angels.

So in seventh grade when I got my period (not with clothing evidence, like the one poor girl that day in music class), I learned from savvy, earlier-menstruated friends how to conceal the hardware when visiting the bathroom. We didn’t carry purses like the girls do today; we kept our MFP in our backpacks. But the act of removing a tampon, or in my case, bulky maxi pad because tampons made my cramps worse, and sneaking it down the hall to the bathroom was a challenging operation. God help you if the boys saw you walking around with physical proof of your uterus.

One day, during quiet reading time, I snuck over to my backpack and got the MFP, concealing it, as I’d been taught by friends, in the inside lining of my brown polyester vest. We wore yellow blouses, plaid skirts and brown vests, none of which had any pockets. The inside of the vest made a natural pocket and hiding spot. Boys could simply keep gum or other contraband in their pants pockets; we were forced to hope for sloppy seamstress work to stash our MFP and Maybelline Mighty Mint Kissing Potion roll-on lip gloss or tin of Village Liplickers Watermelon lip balm—all clear of course, no lip color allowed in the Lord’s school.

The classroom had a couch area and spinning metal reading rack jammed with all the leftover books Sister Nancy could obtain from the discard pile at the local library. The obligatory Free to Be You and Me, Judy Blume books up to and not including Forever (the one with the sex), the Encyclopedia Brown choose-your-own ending mysteries, and even a few edgier books like Barbara Conklin’s P.S. I Love You and Love Story by Erich Segal. I’d read them all twice, and besides, had stashed a rotation of forbidden Stephen King and V.C. Andrews books under the ALIVE IN CHRIST textbook in my desk. But for some reason I walked over to the spinning bookrack that day. Maybe just to see if someone had returned something I’d only read once, or Sister Nancy had stumbled upon a free box of books at a yard sale.

As I returned to sit at my desk, my friend Lisa walked over solemnly. She leaned down and whispered, “You dropped your MFP. In the reading area. All the boys saw it.” And then, as a girl of that age in today’s era would say, I died. The word mortification doesn’t even begin to cover it.

I painstakingly turned my head to look over at the reading area and as usual, the couch was occupied by the most popular boys, the football players who had claimed the prime chill-time real estate. You never saw a nerdy kid sitting on the couch. And there it was. A puffy blue plastic-wrapped Always maxi pad, lying on the shag orange area rug, inches from the bookrack.

I had to go get it. I couldn’t just leave it there; it may as well have been alone onstage in a packed Broadway theater with a single spotlight shining down on it. I fake-casually walked over, leaned down to take a book off the rack, and picked up the betraying period paraphernalia, returning it to my stupid, useless, fake-pocket polyester vest liner. The boys laughed. I can still hear that laughter in my head to this day, over 30 years later.

And suddenly, regardless of the fact that my life seemed to have ended, it was lunchtime and we were filing down the hallway to the cafeteria, where pretzels and milk were 10 cents, and ice cream was a quarter. It was pizza day, a Friday, so kids buzzed around with their dollar bills. I took out my cold meatloaf and ketchup sandwich and made a face—I’ve always hated meatloaf, and it was worse cold.

I looked around at our segregated table: the boys at one end, the girls at the other and could have sworn that every single eighth-grader had his or her eyes on me; the girls’ eyes sympathetic, the boys’ eyes mocking. And before the end of the lunch period, as I ate my dime pretzel, I heard my unfortunate new nickname “Bloody Mary” circulating around the cafeteria.