Daisy at work in the garden. 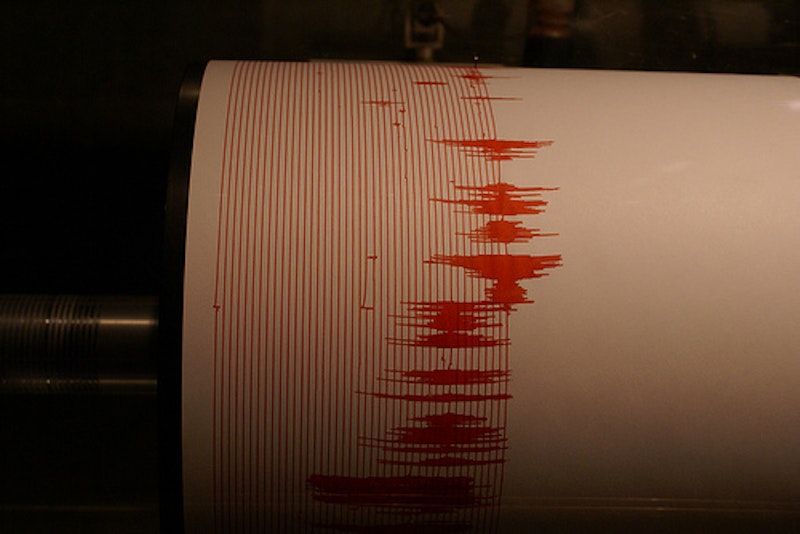 Major earthquakes are often preceded by what seismologists call “foreshocks”: little indicators that the earth is shifting beneath your feet, getting ready to knock you on your ass. Never turn your back on Mother Earth.

Our lease expired on the quaint little hippie shack in Mountain View in the autumn of 2007, and the landlord promptly raised the rent. The windows hadn’t been fixed. The Waldorf School of the Peninsula was paying Daisy about a third less than the median income for our area and demanding outrageous amounts of her time. I became acutely aware of a serious disconnect between my direct employer, Bill Graham Presents, and the parent company, Live Nation. I noticed a severe absence of black people in Mountain View, and Silicon Valley in general. The one medical marijuana dispensary, Buddy’s, was forced out of town in a protracted legal action by the city council, a wholly-owned subsidiary of real estate developers Prometheus and Merlone-Geier. The council members asserted that having a marijuana dispensary in an industrial park on the far side of Route 101 would somehow attract crime, perhaps roving bands of Negro jazz musicians and Mexican mariachi bands, seeking to mate with white women.

People who don’t think much believe that Google owns Mountain View. The appropriate phrasing of the response to that delusion is “If only.” It’s all about real estate there. Google wanted to build dormitory-style housing for their conspicuously youthful workforce, located near the Google campus. That’s a sustainable, practical solution, and would result in less traffic congestion and pollution, and an easing of the preposterous real estate bubble that is systematically destroying the entire Santa Clara Valley. Naturally, Prometheus and Merlone-Geier mobilized every resource at hand to stop it. They won.

The Valley wasn’t always called “Silicon Valley.” It was once known as the “Valley of Heart’s Delight,” owing to the Mediterranean climate conditions and general fecundity of the soil. It was blanketed with orchards until the viciously racist and clearly psychopathic Ed Shockley invented the transistor. He and those he inspired (and repelled, no one could stand the guy) built an endless plain of industrial parks over those beautiful orchards and spilled Trichloroethylene all over the place, poisoning the ground forever. Silicon Valley, silicon heart. Perhaps you’ve wondered what happens to all the shit that gets pumped out of Port-A-Johns at rock concerts, circuses, and carnivals. Wonder no more: it gets sold to asphalt manufacturing companies. The streets of America are not paved with gold. They’re paved with shit. Shit and toxic waste.

The birds she attracted were astonishing. It was like living in Avatar. Sparrows, doves, chickadees, rose finches, tit mice, western crows. I bonded with the crows. They were large, intelligent, and hilarious, the cats of the sky. Western blue jays, a preposterous color flashing across the day. There were juncos, towhees, gold finches, western brown robins, black birds, woodpeckers, swarms of hummingbirds, and ring-necked doves, not indigenous to California at all, but peculiar to Florida, as was the red-eared turtle she found and named “Maturin,” after the turtle in Stephen King’s Dark Tower series. A red-tailed hawk came by and perched on one of our lawn chairs periodically.

I’d been making car payments using the credit cards thrown at me by the banks behind CNAC, the blatantly usurious financing side of the J.D. Byrider used car scam I had to resort to in Vegas to keep wheels under my ass. In January of 2008, when the car was paid off, I went belly-up on the cards for the memory of William Quantrill. I’ve always hated banks. I actually only paid about $3000, the true book value of the car. $7000 in payments were made on plastic handed to me by the greedy morons banking the scam. I always win. I’m here to collect. If money is a fiction, strive to be Thomas Pynchon. If it’s real, be Douglas Hofstadter. Always be looping.

Light and Dark: Chiaroscuro is the lighting designer’s anvil. You learn a lot on the road besides the need to keep Imodium and Metamucil at hand, and the value of Pedialyte in relieving hangovers. You learn to regard all things as transient in nature. Touring is like Zen that way.

The economy imploded that fall, our landlord raised the rent again, and an obscure community organizer from Chicago with the unlikeliest of names came out of the wings and blew the well-organized Clinton machine away, snatching both the Democratic nomination and the presidency. While America was patting itself on the back for electing a black man to the highest office in the land, I was curious about his mentor, William Ayers.

The Weather Underground broke off from the Students for a Democratic Society just as the anti-war movement was gaining traction among the American people. They were planting bombs in universities and other facilities to protest the use of bombs in Vietnam. At the time, I thought they were a CIA project designed to discredit the anti-war movement. I hadn’t thought of them since that time, and now here was Ayers, a tenured professor at a major university, his protégé sliding into the White House on the heels of the worst presidency in American history. How does one go from planting bombs in universities to holding a tenured position in one? In what universe does a certified domestic terrorist groom a winning presidential candidate?

Despite the outrageous shenanigans of Wall Street and the criminal actions of the Federal Reserve, the mood of the country was generally hopeful at the start of 2009. Barack Obama was a rock star, intelligent and charismatic, and most of all, black. He was the opposite of his drunken coke-fiend closet queen predecessor as could be hoped for, or so it seemed. The giddy, self-congratulatory effervescence of the time unsettled me in the way that a 3.5 on the Hayward Fault would: is this it? Is this the precursor to The Big One?

Daisy tended her garden. I began working dressing rooms with the Ambience crew of BGP. The cats gazed out the windows at the abundant wildlife, their eyes full of wonder. Mountain View continued to expand, like a metastasizing cancer, soaked in trichloroethylene.

It felt like a swarm of tiny tremors, ripples of anxiety just below the surface, barely anesthetized by pot, beer and focus on work.

In July of 2009, I nearly died. My hard-working Hep C infected liver decided to quit. My front teeth fell out. The car died. Sometimes you think you’ve hit the bottom, only to discover that there is no bottom. Sometimes the earth just opens up and swallows whole towns. Gravity hurts.