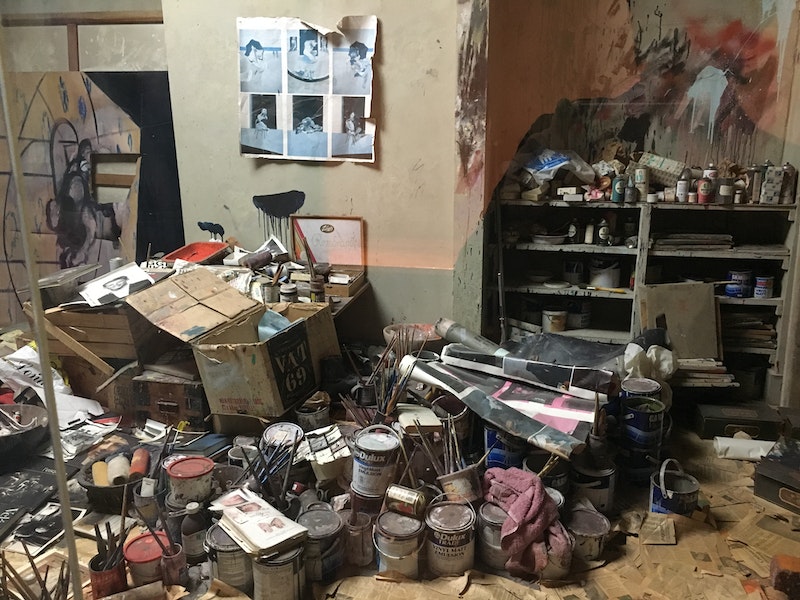 “Buddy, bum a smoke?” I wasn’t lying when I said the one between my fingers was the last one I had. Walking down Grafton Street in Dublin last night, I kept up my pace to stay in front of two other blokes and eavesdrop on their back and forth. “You left your ganja at work? Fuck, mate. I only have hash at home. You know what my coworker calls it? He doesn’t know what ganja means, it means something different in Pakistan…” They crossed the street and I lost them—oh well, okay. Not that they knew where the red light district in Dublin was anyway. Could’ve used some space cake, a little something would be nice! But I’m not up on the drug laws here—I recall reading a story about a mother bringing home medical marijuana for her dying son and being arrested at customs, but I can’t remember which way she was headed. Didn’t want to risk it on a family trip. Jet lag is a bitch, and I’m sure some Silicon Valley hot shot is working on a pill that eliminates its effects immediately. Imagine the pitch meeting: “It’s Soylent—but for time.” I’d get in on that early. I went to bed at 11pm and woke up at 3:30am, wanting to die—I popped a couple Paracetamol that the woman working at the Tesco had given me a hard time for last night. I tried to buy two packs—“but you could overdose!” “Is it like Advil?” Shrugs.

Luckily I fell asleep after a cigarette at 6am and dreamed about friends. Off to the museums—every cab driver I’ve talked to in Dublin is deeply Republican and very excited about Trump, though one excitedly showed us pictures of him on duty protecting Joe Biden during a visit last year. These men, all “of faith,” want to build walls and burn bridges, too. Looking for the Dublin Writers Museum, we somehow ended up at a Francis Bacon exhibition. This place had Bacon’s studio moved, intact, and encased in glass. It was a great surprise, especially for my mom—Bacon is her favorite painter. As Wif Stenger put it, I wouldn’t want to have him as a roommate—his place was a mess, and all of the dust from his materials and the chemicals in his paints exacerbated his asthma, along with his chain smoking. Still, the guy lived into his eighties. Not a bad run—dodging AIDS, asbestos, lead, and lung cancer is no small feat.

When the Writers Museum finally reopened after lunch, we passed through and were handed audio guides that went unused. It was a trip to see first drafts, letters, typewriters, and galleys once produced and owned by people like James Joyce, Jonathan Swift, Flann O’Brien, W.B. Yeats, George Bernard Shaw, and Patrick Pearse. Unlike the Bacon exhibit, there was a strict no photography stipulation at this place, and I didn’t want to be disrespectful, but goddamn, these guys had James Joyce’s piano upstairs. No glass enclosure! No rope! No guards! It was just sitting there, though I knew if I played even one chord the stewards would race up the stairs and have me escorted off the premises and banned for life. But fuck man—James Joyce’s piano! The rest of my family didn’t care—“Was he a composer? Did he write music? Could he even play? He probably sucked”—I’m still bowled over, and I wish I snuck a picture of it. No one was watching, and I doubt Joyce would’ve cared, but the Dublin Writers Museum must get a lot of knuckleheads all the time. They have enough trouble. They don’t need to hear some knob play a C# on their historic parlour piano. Oh, well. I’ll practice more, come back, and woo them away with a song.