Chapter 16: Sealed With a Kiss

Officer, I didn’t know the house was loaded! 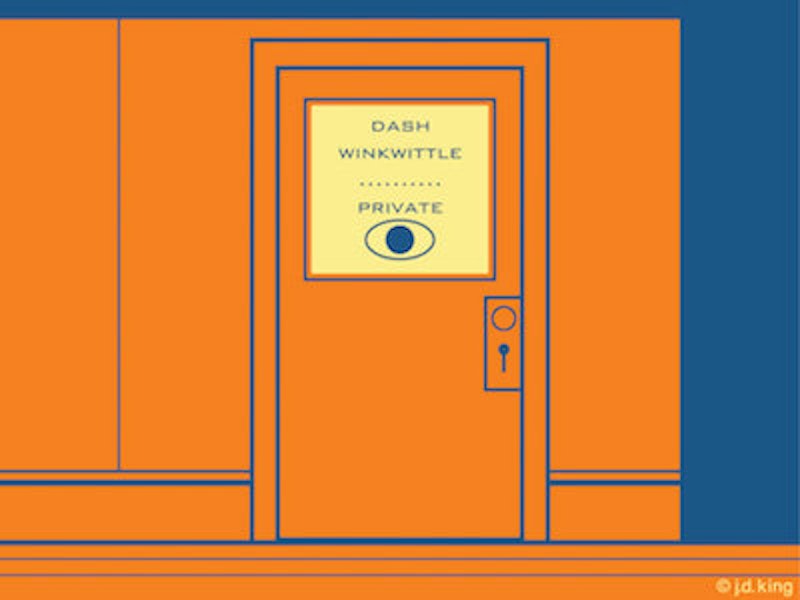 A serialization of the novel The Sound and the Shadows. Last week’s chapter is here.

Antonin Dvorak smiled as his ship steered to a New York City pier. Ready for his new job as director of the National Conservatory, he was greeted by a three-hundred-voice chorus and an orchestra of eighty-seven. Already he loved this America!

Dash Winkwittle could see it all, could hear it all: brass drowning out gulls, confetti drifting to the harbor, voices lifted in harmony. Was the day sunny or gray? Sunny!

Dash poured a shot of whisky. Even when he drank alone, Dash allowed for the formality of a glass.

At home, Dash loved to listen to Dvorak’s Eighth Symphony, its moods careering between jaunty and pensive, perfectly reflecting, to his mind, the Bohemian terrain.

Stairs creaked, warning him of an approach. Wink whisked his feet off the desk, put the bottle and glass in a lower drawer, popped a mint, straightened his tie. By the time he heard a knock, Dash looked busy with papers. “Come in!” The door opened and he beheld Helen Foont.

“I need a detective to locate someone, my husband, my former husband. I’ve had the marriage annulled.” Chin tucked into throat, her head bobbled, slightly, side to side, eyes off to the left.

As directed, Helen sat beside his desk. Noticing a framed yellowing photograph on the desktop, a bald man with a snowy beard, she said, “Who’s that?”

Dash laughed and said, “That, my inquisitive one, is Daniel DeLeon, a noted Marxist of yore.”

“Are you a Communist?”

“Brainardville’s one and only!” From his jacket he removed his wallet, flipped it open, displaying his Socialist Labor Party membership card. “We’re not Marxist-Leninists, we’re Marxist-DeLeonists. Like Marx, The SLP prefers ballots to bullets. As obscure as we are, one could argue that our legacy lives in socialist democracies like Denmark. The Socialist Labor Party is America’s oldest Marxist party, dating back to 1876, long before those CPUSA Neanderthals.”

“Huh! Denmark! Isn’t that where they made Hagstrom guitars? In the sixties?”

“No, that was Sweden. But another fine example of a socialist democracy worthy of Orwell’s approval!”

“My! A Marxist in Brainardville? You must have big ones.” A little flustered at her boldness, Dash smiled in response, a dazed smile.

After a moment, glancing at his desktop, he said, “Yeah, I guess…”

Helen got up and sat in his lap, like a girl on Santa’s. Settling in, she twined her arms around his neck. They kissed. She said, “Mmm...” A thumb under his chin, four fingers on his cheek, “Too much tongue. A little less tongue and I think we’re in business.”

He kissed her again, sealing the deal.

The day after he buried Esmerelda, Davy got up early, dressed and went for a walk, his automatic in a jacket pocket. On a quiet suburban street he stole a late-model Buick sedan and drove toward that awful neighborhood, where those boys must live. He noodled around for about a half-hour that Saturday, not into the dreaded development—he didn’t dare—but orbiting around and around its regions until he saw four boys, not three, riding bikes on a deserted country road. Certain these were the same little assholes, plus a friend—whom they’d certainly told all about the dead woman in the car—he steeled himself for the kill, lowered his window, picked up the .45.

No other cars on the road, no houses in sight: ideal. He approached them, slowed down and shot the straggler. POP! The kid never knew what hit him. The others, startled, veered around. One keeled over. Davy shot them too: one, two, three, as easy as A, B, C.

Coming to a farmhouse, Davy pulled in the driveway, got out and emptied the gun, firing its final rounds at the house. Clapboard flew apart; one pane of glass, then another, shattered.

Laughing, Davy thought, What if there’s baby inside—a one day old baby—and I just killed it? The notion of a human being seeing only a single day on earth struck him as impossibly hilarious, sending him into the first laughing fit he’d enjoyed since he couldn’t remember when. He whooped, “An’ th’ bay-bay wuz own-wee wun day ode!”

Standing up straight, Davy wondered, “What if I killed someone inside and that someone was a... murderer?!” He doubled over in hysterics, arms hung loosely at his sides, his hands weak, so weak he dropped the gun and, hitting a stone, it fired!

Shit! I thought it was empty! Then, head thrown back, arms spread wide, he yelled, “I DIDN’T KNOW IT WAS LOADED!” That sent him over the edge, down Niagara Falls, in gales of laughter.

What if a cop comes along and asks me what I’m doing, shooting at a house—there could be people inside! I’ll tell him, Officer, I didn’t know the house was loaded!

That did it: he fell down laughing, curled into a fetal position at the roadside, hugged his knees to his chest, laughing so hard all the wind was knocked out of him, no air left to laugh out, so he just shook spasmodically in hilarity. He laughed so hard that tears, snot and spit flew out of his face. He’d never laughed so hard.

After several minutes, Davy stretched out, face down to the earth, gasping for air, shaking his head, laughing, but coming to his senses a bit. Davy picked up the .45, and stumbled back to the car, smiling, occasionally chuckling, and drove back towards Evendale until, nearing that development, he saw three boys on bikes, chugging Red Bull. One boy tossed his empty to the road.

Wait! These are the little shitheads! I’m positive! THESE are the bastards!

Damn, the slimeballs just slid right into the development!

I’ll have to track them down tomorrow; I’m too beat for any more of this nonsense.

Davy ditched the car, in the same spot he’d found it, the wheels and fenders splattered with gore. A cap and sunglasses he found on the seat acting as an impromptu disguise, he hoofed it homeward.

Nearing the mock-Tudor, he tossed the cap, sunglasses and his .45 down a sewer drain.

Arriving home spent, he went inside, popped a handful of reds and smoked some righteous weed, attaining one of the finest highs he’d ever experienced, mellow and dreamy. Seeking a safety zone, Davy put on headphones and retreated into a Beatle CD womb of melody, setting it play ad infinitum, one grand and seemingly endless song. “The two of us riding nowhere, spending someone else’s hard-earned pay... into a paper cup... in my hour of darkness, she is standing right in front of me... for some California grass...We’re on our way home! We’re going home! ...And the BBC, BB King and Doris Day!”

Within an hour, the bodies of four boys were not only discovered, it was determined that the road kills weren’t the result of some hit-and-run drunk: they’d been shot before being crushed. This was cold-blooded murder. Word spread like wildfire: TV, radio, rumor. The entire county was aflame; state and local cops descended in even greater numbers, a horde of mad yellowjackets. Between these four murders and that of Mrs. Lattimore, speculation fanned like a mean virus about a Mansonesque killer cult, about a Satanic group, about gang initiation rites. The populace demanded that the stupid cops do something! Who was next to die? Murdered! DO something! FUCKING DO SOMETHING!

Getting up to take a leak, Davy heard the doorbell chime. He opened the door to Lieutenant Bern Bernhart, fedora in one hand, badge in the other, teeth and gold cufflinks in a sparkle contest.