We must know the source. 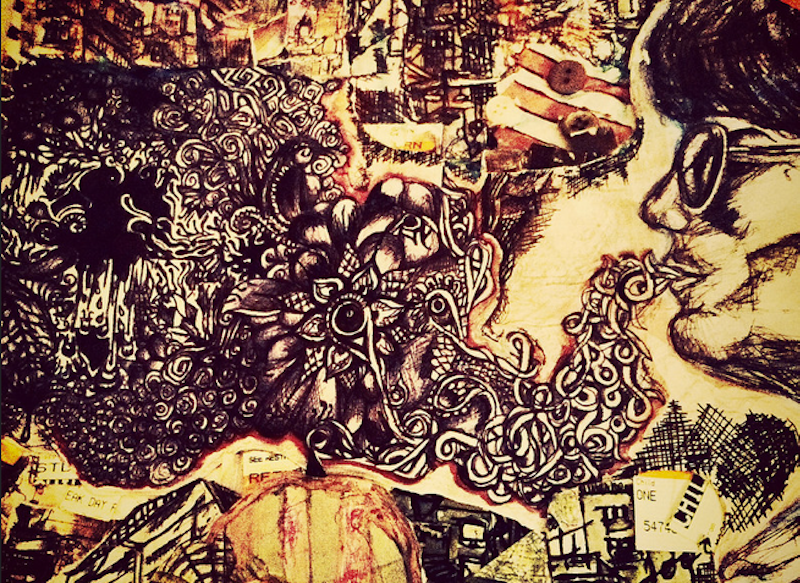 Sometimes brokenness is a volcano. At first just a small rupture bleeding lava along the edge until the pressure is released and the fever is cooled… at least for a time. The pressure is a cycle. It builds again until some invisible trigger ignites the inevitable explosion that spews another layer of molten pain and ash. And then another.

Finally a mountain of strength is formed: an illusion. Hidden deep in its core is the original fissure; just beneath the surface are additional cuts and tears, the scars of time that are only vents and cones tracing back to the original rupture. This mountain encapsulates pain, creating a deeper vessel of hurt and a more powerful source of destruction.

I lost a friend a year ago. It was circumstances and emotions that ripped us apart. I find myself mourning her and hurting for how it ended every time I miss my mother. They weren't related in any way; they never even met. And yet it seems I opened a place in my heart to her that was mysteriously intertwined with Mother.

They call it transferal of grief. I think it is a reflection of the fissure.

I often find myself crying over things that don't appear to be connected. When my dog died, I cried because I'd never made the difference I'd hoped to make in the lives of my nieces and nephews. No sacrifice had been enough; no amount of support had created change. When I was laid off, I cried because I would never be a mother. The tests never provided answers; fertility treatments didn’t work. When my friend walked away, I cried because my mother suffered for so many months, and nothing I did could stop it.

Loss often shines a spotlight on the empty areas in our hearts. Emotions may distort and confuse, but the fissure deep within is always the source of the pain, because grief does not exist on a linear timeline.

How often do we meet people who are sad and mourning, defeated and depressed, but nothing we say helps soothe the hurt? Words of encouragement are often met with walls of frustration and anger. They sound clichéd; they feel patronizing and may hurt more than help. I’ve come to understand our words often address the present circumstance, but not the phantom pain radiating from old scars and unhealed wounds. People generally know what they “should” do, and what they “can” do. They know the facts and have heard the advice. For the most part, they are already doing all they know how to address the current issues disrupting their peace of mind and progress. What they can't seem to stop is the flow of molten lava searing their hearts, the volcanic noise disrupting their sleep. Our words don’t seal the fissures that have suddenly blown open under the pressures they face.

It’s never easy to know what to say to the lost and the hurting, to find the right words to comfort and soothe. Grief often isn’t confined to a specific circumstance, a single fracture. It encapsulates the gases, ash and lava in the hidden chambers of the heart. Their tears are rarely just about circumstance, but about the pains from the past that have become volcanic eruptions destroying the present. Perhaps if we knew the source of their pain, our words could have more direction.

“What are you dealing with today?” we could ask. “Would you like to talk about it or be distracted from it?”

Could it be so simple?