A Lifetime of Halloween Costumes

A few of my favorite costumes throughout the years. 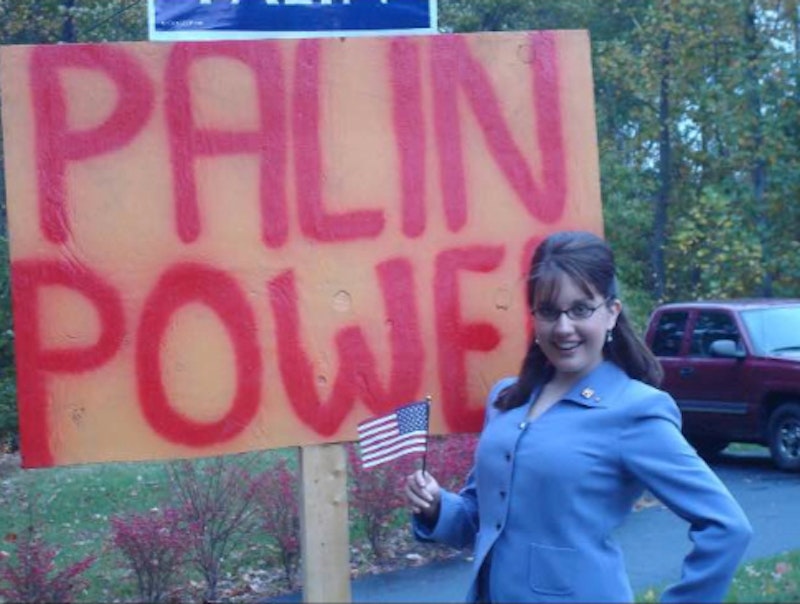 Halloween was a big deal in my family. I grew up in a Victorian house that my mom fell in love with because it looked haunted. Before long we came to realize that it was, in fact, haunted. Almost a century ago the bay window in its parlor hosted a few funerals. Despite its quirks, drafts, and ghosts, I loved the old house.

Every year, the beginning of October started with extensive planning. We went through piles of Halloween catalogs to find the most authentic-looking gravestones and the creepiest decor. After the house was decked out we decided on costumes. Of my 20 Halloweens, these have been the most memorable.

In 1995, at age two, I was a bee. Though I don’t remember, it’s evident through photo documentation (I was the only child at the time) that I hated it. To my credit, it was a pretty lame costume.

My mom stepped it up in ’96 by letting me be Bob the Builder, the main character in a claymation show about a contractor. I was, essentially, a handyman. I chose not to be his blonde girlfriend, Wendy, who didn’t do much other than balance Bob’s checkbook and organize his stuff. In retrospect, it was quite a statement.

By ’97 I began losing touch with my feminist streak and was the awful, bratty Angelica Pickles from Nickelodeon’s Rugrats. I still managed to create controversy amidst the soccer moms by depicting one of the worst bullies on TV. In the words of Angelica, “Do me a favor, just keep quiet for a while.”

A few years later, in ’02, I discovered Goth and dressed up as a “Spider Witch.” I looked like a miniature Morticia Addams. I wore a black wig thrown atop my brown hair and a long black dress with black eyeliner and lipstick to match. I was way ahead of the soon-to-be emo trend.

I was a hot mess for the following Halloween. Seriously. I looked like a rock star Barbie that went through the washing machine. Again, I threw a wig atop my mop of hair. This time though, it was neon green. Cringe.

I cleaned up by 2006, when I was a classy version of The Wicked Witch of the West. I had the official costume, which was beautiful, and smeared green paint all over my brooding 12-year-old face. I wore it a few times thereafter, in various stages of bloody Gothic weirdness. It was a go-to costume for my stints as a reanimated corpse in the full-sized coffin my mom had built as a decoration.

2007 was the only year I dressed as a Disney princess. I wore a Snow White costume, only because my mom was the Evil Queen and paid me $50 to be her accessory. We did look good enough to be Disneyworld cast members, despite my wig, which gave me a post-poisoned apple look.

My favorite getup so far was Sarah Palin in 2008. I had my hair and makeup professionally done to look precisely like hers. I found an American flag pin for my lavender-colored skirt suit. I watched a few of her speeches and owned Tina Fey for a night during my mom’s Halloween party. I ended up winning best costume and gave a speech over the karaoke machine microphone.