The author reflects on a series of firings, pot and potential. 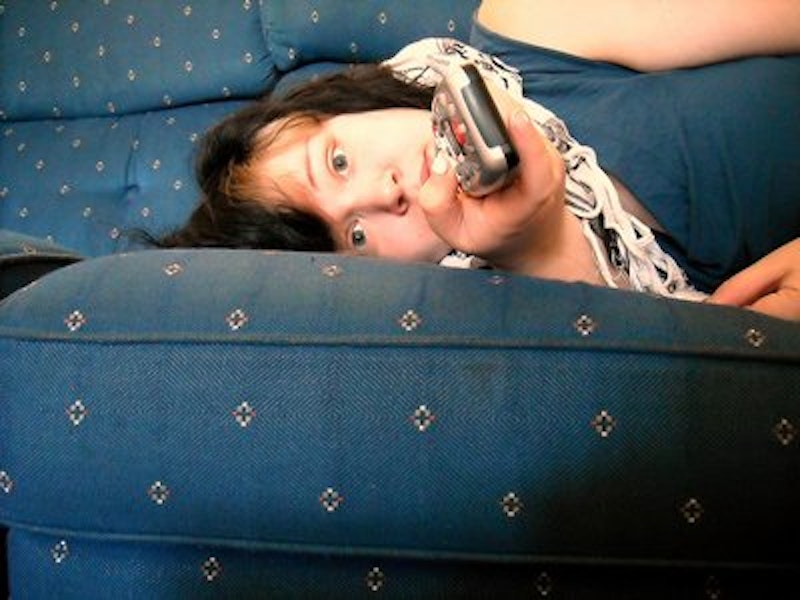 I didn’t start crying when the boss told me that I was fired because I was stoned and wouldn’t have comprehended the gravity of the situation even if I hadn’t smoked my tear ducts shut in the parking lot. The stomach-dropping terror of being unemployed in an economy where it takes three interviews and a master’s degree to get a job removing gum from picnic tables didn’t come until later. My first concern was that I was way too high to drive. It’s possible that my boss knew this, but I hope he took my impassive face as a sign that I was calmly processing the information and would save us both the embarrassment of getting upset or even asking why.

There was no need for explanation: while I wasn’t always stoned, I was always bad at work, and so getting fired was as shocking as being late, which I was that morning and every other. I’m good at a number of things—I can change a flat tire, make delicious potato-leek soup, and know all the state capitals—but work is not one of them. I mumbled too much to be a receptionist and my phobia of hairnets meant I lasted just a single shift as a cafeteria lady, and this position, personal assistant to a corporate executive, required a level of attention to detail I just don’t have, which was clear when I emailed a client that my boss was “rubbing a little behind” but would be there ASAP. And so, unsurprised, I nodded my head when my boss asked if I understood and then shook it when he offered me a cardboard box to pack my things in. I could have used the box but holding the contents of my office—a desk lamp and three five-pound bags of peanut M&Ms—awkwardly in my arms seemed less humiliating, as though my co-workers wouldn’t notice that I was being escorted out of the building as long as I didn’t leave with my things in a cardboard box.

When I got home, the crushing weight of once again being without work settled in, and was made worse by the realization that I was almost out of pot. This wasn’t a new feeling. I’m used to being without work. I’ve had 18 jobs in a dozen years and only one ended when I gave proper notice instead of getting fired. The first time I was fired was my freshman year of college when I worked the circulation desk at the library. It was dull and paid poorly but required no skills beyond stamping books, so I should have been able to keep this job even with lunchtime marijuana breaks in the faculty women’s bathroom that no one ever used. Everything was fine for the first month of the semester, but one day before work, I stole what I thought was Vicodin from my roommate’s stash to treat a raging freshman-year hangover. The pill turned out to be some narcotic prescribed to my roommate’s dog, who was put on meds after biting the mailman. It cured my hangover because I was too fucked up to think about my headache, but I also became a twitchy mess, unable to sit down, much less stamp books and use my inside voice. I tried to work through the panic attack for approximately three minutes before giving up and hiding in the bathroom for the remainder of my shift. My boss, who was shaped like a Lego man and stopped liking me when I asked if he learned to shush people in library school, fired me from outside the bathroom door. Now, here I was, a decade older and dismissed again.

I had enough in savings to cover my rent and bills for about a month and I’d surely qualify for food stamps, but without income, I’d have no money for essentials like weed and Redbox. This was bad. It was also nearly a month ago, and I haven’t found another job yet. I’m so convinced of my inability to get hired anywhere that I haven’t actually applied for any jobs. I get to the part on applications where you check the box allowing your prospective employer to verify your last place of employment, and think, what’s the point? Even my friends have stopped pretending to be job references for me. When I asked an ex to serve as a reference, to tell just a few minor lies, namely that I managed her bakery, she looked at me sadly and said maybe if I hadn’t been so late picking her up at the airport last week she would have but just didn’t feel comfortable now. What if your boss needs a ride from the airport?, she said. You just aren’t reliable.

Even if I had good references, I don’t know what I want to do for a living. When I think about my dream job, I picture what I’m doing right now—still in my pajamas at three in the afternoon, eating cupcakes bought with food stamps and searching the Internet for videos of three-year-old violin prodigies. If I weren’t required to make a living—if I married up or won a game show—I’d happily spend my days sleeping till 11, maybe going to yoga or for a bike ride if I felt especially ambitious, smoking weed all day, and spending lots of time making elaborate grilled cheese sandwiches. But with no prospects, references, or even a middle-class girlfriend to pay the rent, I’ve had to look for other ways to make money since I got fired.

I’d seen advertisements in the local paper seeking ADHD smokers for a drug study. Despite earlier periods of unemployment and poverty, I’d never applied before because I’d never thought of myself as a smoker. Maybe I was in denial, like the man who spends Sundays after church with his wife at Atlanta bath houses yet insists he’s straight, but soon after I bought my first pack of cigarettes I decided it doesn’t count if you brush your teeth after every one and so never considered myself a smoker. With this latest layoff, however, the $930 payment for study participation made calling myself a smoker worth it and so I signed up.

I’d never been diagnosed with ADHD before, but it didn’t seem like it would be hard to fake, and considering that I showed up for my screening appointment a day early, I didn’t even need to fidget much to be convincing. The study involved taking either Ritalin or a placebo for several months and maybe, I thought, it would change my life. Maybe I really did have ADHD and Ritalin would cure it, make me a workaholic, an alpha female, driven and ambitious and not too distracted by the squirrel digging a hole outside my window to finish this sentence. I hoped I didn’t get the placebo.

My first appointment went well, at least at first. I did fine on the intelligence test and my physical exam was normal and the staff psychiatrist thought I was plenty ADHD after I started pacing around his office. Unfortunately, the screening process also involved a drug test, which I failed. The research assistant, who seemed as disappointed as I was, told me that I was a perfect candidate and asked if I would be willing to lay off the weed for two weeks and then coming back to re-take the drug test. Sure, I said. Two weeks without pot might clear my head a bit, give my brain cells some fresh air, repair the damage of a stoned adulthood. If nothing else, abstinence would lower my tolerance, which, after years of daily use, was at near-Rastafarian levels. Besides, with no late-night runs to the grocery store for frozen pizza and Cheetos, I’d even save food stamps.

I took abstinence seriously for the first week, but I didn’t like it. I felt no surge of energy or ambition and I was no better at crosswords sober than I was stoned. I was bored. When you’re unemployed, time is your enemy. You have too much time and not enough money to make it interesting. Pot cures this. You have all the time in the world and you don’t notice it passing because the square of sunlight shining through your window is just so interesting to look at when you’re high. Being stoned makes me okay with being bored, and so after a week of discontent sobriety, I sold a few quarts of plasma and spent the money on a bag of pot. I’d just find a sober friend to donate clean urine before my appointment. The hardest part of smuggling someone else’s urine into a drug test is the temperature—the sample must be within three degrees of body temperature—and so the morning of my appointment, I woke up early and made a hot-water bath for my urine sample, which I was storing in a Tylenol bottle in the fridge. I then tucked it into my underwear to try to keep it warm. Walking with a Tylenol bottle of someone else’s urine between your legs is uncomfortable, but $930 would keep me happily unemployed for another few months. And it worked—my urine tested negative for pot. Unfortunately, my urine also tested negative for nicotine, which indicated that either I wasn’t actually a smoker—which couldn’t be true because my previous urine sample was rife with the stuff—or that I’d cheated on my drug test. Either way, I was out of the study, and miserably so. As I left the clinic, the research assistant gave me the same sad look my ex did when I asked her to be a job reference, a look that says, Shame. She had such potential.

Since then, I’ve looked into other drug studies. There are options: getting a flu shot and snorting broccoli spores will cover my phone bill and an eighth of weed; having my blood drawn 28 times in 90 minutes will get me a burrito and laundry money; and taking a non-FDA-approved HIV medication, having two vaginal biopsies, and spending 48 hours prone in a hospital bed will cover my rent for three months. The real money, I’ve heard, is in egg donation. I’m healthy and educated and above average height, and so, in theory, my eggs are worth a lot, but what would I write on that application? That my place of employment is this clinic and my job is selling my own body parts? You can’t fake a background check. Even if prospective buyers are impressed at my master’s degree, my police record and stints in rehab would likely make my eggs even sold at a discount seem too much a risk. And, besides, does the world need more people like me? Even with attentive child-rearing, there’s no guarantee that a kid made from my eggs would be anything more than I am: unambitious and unemployable, with the malaise of the longtime pot smoker, with friends and bosses who shakes their heads and think, What happened? She had such potential.

Tomorrow will be exactly a month since I collected my things and was escorted out of my office. No game shows or rich women or couples desperate for a baby have come calling, so I suppose it’s time to start from the beginning, to look for jobs that don’t require references, and hope that I find something before I run out of drug studies to do and plasma to sell and am left with nothing but an empty jar of pot and all the potential in the world.