"This Sunnuvabitch Really Loves This Game"

Splice Today caught up with Jeff Duncan to talk about high school, Tulsa, race riots and his memoir, Low Crimes and Misdemeanors. 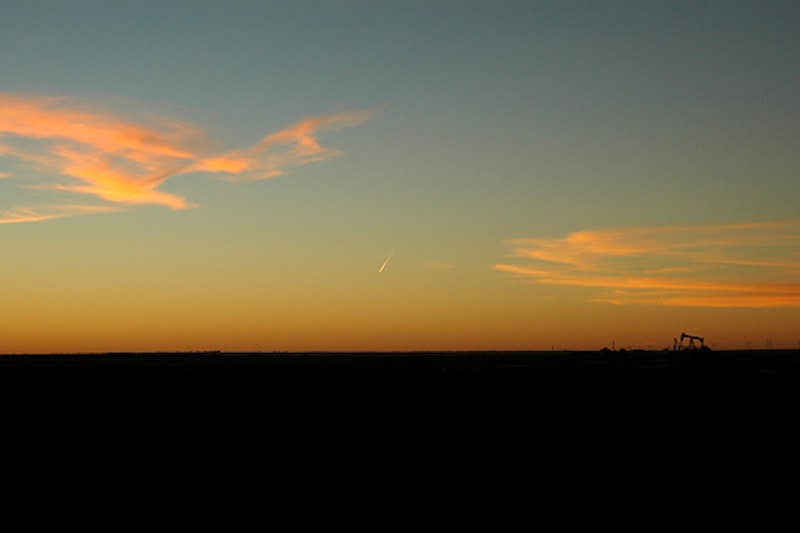 I don’t know which came first, the Jack Kerouac books or the all night John Coltrane record listening sessions, but somewhere around the age of 12 I’d convinced myself I’d been born about 50 years too late. I’ve always fetishized the old and rusty, longed for the good ol’ days I never knew and surrounded myself with ephemera from bygone eras. All (two) of my friends in high school seemed like throwbacks—how many teenagers sat in rapt silence and watched records rotate? But we also fancied ourselves as uniquely debaucherous, drawing cues from the past about how to be bad, but thinking we were taking things to a new level.

As it turns out, I don’t really have to imagine what I would’ve been like if I’d been born in 1936, because Jeff Duncan’s laid it all out in Low Crimes and Misdemeanors, his hilarious and brutally honest account of growing up in Tulsa, Oklahoma, during the 40s and 50s.

The book begins with fairly innocuous stuff. Playing with fire, getting into scraps with kids from the neighborhood and stuffing leaves into the sewer are childhood rites of passage, but the short scenes and the colorful dialogue keep the reader turning the pages while simultaneously feeling really, really bad for the author’s mother.

The latter is a theme through the entire book, though as much as Duncan’s capacity for jack-assery impresses, he never quite goes over the top. Fortune does tend to favor the bold, and—as I know from plentiful personal experience—authority figures appreciate a minimum of BS; when you’re smart enough to talk your way out of things (or into trouble), consequences don’t hold much sway. Even after some atrocious behavior, you can’t help but love Duncan: he tells it like it is, and he usually gets what’s coming to him.

He definitely has a penchant for learning things the hard way. The local brothel, The Carolina, is colorfully portrayed—as was his subsequent case of the crabs, embarrassing admission to his mother and family doctor, and the superfluous penicillin treatments he’s forced to endure as punishment. That was enough to end trips to the cathouse, but jail apparently wasn’t a strong enough deterrent for a litany of other petty crimes. I do suppose most people would prioritize genital health over freedom, but in the end it turns out the only thing that could keep Duncan out of trouble was the threat of expulsion, and, thus, no college.

Amid the detailed vignettes of drinking binges, reckless driving, going to the “colored” side of the tracks and taking dates to BB King concerts you wonder how Duncan survived it all—let alone grew up to be a respectable and upstanding citizen, an English professor at Eastern Michigan, a playwright and a family man himself.

We caught up via phone to talk about his remarkable memory, music and kids these days.

Splice Today: I went to high school less than 10 ten years ago, and I can hardly remember all my hilarious stories. How did you manage to recall all those names, dates and places?

Jeff Duncan: Not all of them. Some. I really have a very strong memory for stories and anecdotes and when I get together with old friends, I often embarrass the hell out of them by recalling things we did and said and they don’t remember at all and I do. I think that when you really love something, and I love stories and bullshit like that, you really remember. I’ll give you a fantastic example, my best buddy in Oklahoma, John—he became an absolutely amazing golfer, a scratch golfer. There was a time in my 20s when I was trying to love golf, and struggling with it. I was visiting Tulsa and he took me to his club and got me some clubs and shoes—it was by far the best round I’d ever shot. I shot a 92; one bad hole and I’d have been around 87 or 88.  I was excited and he was excited, and he said only two percent of golfers that keep an honest score break 100. Back at the clubhouse we’re having a beer and the placemat is a map of the course. Now Johnny was a bright guy, but he wasn’t a whiz kid. He said, “You want to see what you did today?” He diagrammed my round—every shot, every lie, where the ball landed—all 92 shots. I said, this sunnuvabitch really loves this game.

ST: Peyton Manning says he can remember every detail of every play of his career.

JD: Reggie Jackson said he remembered every home run. I love stories. When I was writing the book, I’d remember sights, smells, sounds, what the weather was like. Now, Lloyd, I can’t vouch for the accuracy of all this.

ST: Did you go back to Tulsa to do research?

JD: I did a couple times, looked through newspapers. I can tell you now, some of the dialogue I remembered, some of it the gist and given that I was able to construct what could’ve been said.

ST: You mention the music you were listening to at the time, and of course I’m curious to hear more about that. How were you exposed to new music during that seminal period (birth of rock ‘n roll)?

JD: For live music, basically I went to a colored town. There were a number of juke joints on the main drag. This isn’t in the book, and I didn’t know it at the time—North Greenwood St. was the main drag of this colored town, and it was known across the country as the “Negro Wall Street” amongst the black community. It was jumping—which was amazing, because it’d been burned down during a race riot in 1921, which I only knew about because my granddad told me. We didn’t learn about in school, but this was the worst race riot in the country, ever, to this day. They rebuilt North Greenwood without the help of the whites and every kind of business was down there: dentists, doctors, undertakers, lawyers, restaurants and juke joints. The Big Ten was the big draw for national acts—so I went there a number of times. I saw the Clovers, Five Keys, Bill Doggett, Big Joe Turner, some of the others. What happened was I went out to California in the summer of 1954 and these kids were listening to race records—black r&b, right before rock n roll hit. I said, whoa, this is great shit. What’s that Chords song? “Shaboom"? Anyway, I got back to Tulsa and found a couple black stations. I was privileged; I was in the Delman Theater for Rock Around The Clock. We were in the aisles, dancing. I’d been listening to race stuff, but Haley was pretty good, had a strong beat. So Elvis hit, then Carl Perkins, Little Richard and Ray Charles. When Ray Charles was doing “I Got a Woman,” I was in high school. And Little Richard, shit. I was Johnny on the spot, baby.

ST: I know personally, high school was petty vandalism compared to the damage I did in college. Your book ends with you graduating from high school. Did life get even crazier in college?

JD: Absolutely the opposite. I got to work. I got a job for three months on the assembly line at the Ford Plant in Long Beach, California and I said “I don’t want to do this for the rest of my life.” I’d always been told I was smart, but I’d always been difficult. Older buddies would tell me college was so much better, and it was. You didn’t have to be there, but you went to class and it came down to whether you did your work or not. And you know, you didn’t misbehave in college classrooms. So I went to work and did a 180. Not that I quit drinking, but I didn’t get in trouble, and I made great grades. Dean’s list, and all that shit.

ST: So why didn’t you put that in the book—the happy ending?

JD: That’s boring, who wants to read about that shit.

ST: I guess the fact you grew up and wrote a book shows you turned it around.

JD: It’s a good story for applying for fellowships and grants, but I don’t want to inflict that upon anybody else.

ST: I want to talk about kids these days. How do you see them growing up differently, or rather, how would you have been different if you’d been born 50 years later?

JD: I’ve been thinking about this some and I’ve been getting a lot of responses from old classmates and we talk about that. We think we had a lot more freedom at an early age. It was more an era of trust and security. I didn’t let Tyler go downtown by himself at age seven in Ann Arbor, even though Tulsa is a much larger city. My mom did push me in those regards, but we’d just take off for the day at eight, nine, 10 years old. People now are paranoid—I’ve got grandkids in Sarasota, and their parents have to escort them to a double gate, where they get delivered one by one to the teachers. Shit, they’re in greater danger being driven to and from school. At the same time, I didn’t give my kids the same freedom I had. If I’d gone to a smaller high school (Will Rogers had 3000), I don’t think I’d have gotten into the same amount of trouble. I’d have played sports and that would’ve helped, although I’d have still been the class clown.

I also speculate—my Mother was pretty well connected. She was an executive secretary, which for a woman that was about as high as you could go; therefore she knew a lot of people. It was a small enough town that I think some strings might’ve gotten pulled behind the scenes to make sure I didn’t pay the full penalty for some of the stuff I did, and I don’t know if that would be the case now. That’s pure speculation, though.