They Don't Teach Poverty in School 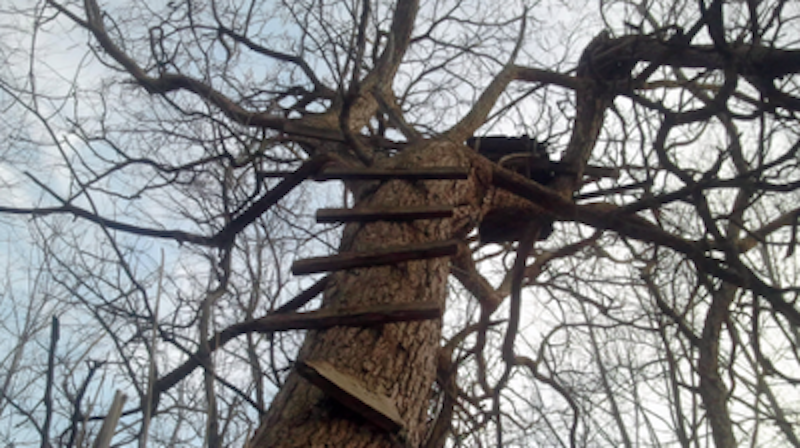 There are real or imagined scary monsters so we hide under the covers. Listening to the AM radio Top 40 hits, up in treehouses, inside cardboard boxes, in the dirty garage, a cave, a lean-to, wigwam, a backyard teepee, in a tent wrapped up in a sleeping bag cocoon, the front yard igloo after a good snow day fending off frostbite, or a fort in the woods made from old tires and scrap wood, seeking shelter to feel safe and secure. Hiding out from the world. Roof overhead, four walls with a door to keep out the elements, pesky bugs and wildlife critters. If you're lucky enough, a window to look out of into a harsh unforgiving landscape of a world you wanted no part of. A candle for light to curse the darkness... batten down the hatches... shut those shutters.

The hunchbacked Quasimodo hanging out in the bell tower of Notre Dame. What a ding-a-ling. We ring the bell for supper. Our first shelter is the womb. Embryonic fluid kept us safe floating amid liquid space on the way to the eternal tomb where the Crypt Keeper makes perverse puns and morbid quips about life and its opposite possibilities. A womb with a view all the way to coffin condo mausoleums. The cosmos in your cranium or the peaceful safety upon myriad galaxies amongst sheltered existence. Do machines think of us? Apparently we are the machines too. Made of meat, bone, blood, and plastic. A hard exterior with smelly squishy innards.

Childhood hideouts were every place adults weren’t. Secreted in the high weeds of the cemetery, under the porch, in a large doghouse, an abandoned vehicle, a vacant house, burned-out building, a dark basement or dusty attic. Condemned places where no trespassing has no meaning. Claustrophobic pitch black closets. The hiding places of juvenile angst. I didn't want to be seen by “grown-ups” in my daily pursuit of happiness or discovered smoking, drinking, jerking off or trying to have a steamy make out session with a local neighborhood sweetheart.

Cutting school, hiding out in friends’ parents’ club basements with the classic shiny knotty pine wood paneling and the tiny bar with two or more mismatched bar stools. A framed print of dogs playing cards and a statuette lamp of a drunk holding up a lamppost. Alcohol lit up in colors on display behind the bar while watching B&W 1950s rerun sitcoms. Weekend parties in bedrooms rocking out to the latest hit record of some band you thought was great. Hanging out in a garage playing rock ‘n’ roll in a lame band waiting for the inevitable arrival of the police. A weekend basement party with black light posters and mucho bong hits and 45’s spinning.

The nearby woods was an adolescent dream world of unlimited squatters rights. Make-believe wars and expeditions with all the kids defending their local hood to the edges of the suburbia forest. We built forts with the scrap wood and debris dumped there. Old tires, refrigerators, car body parts, all of it made good bones for the basic fort structure, a place of temporary shelter. A car hood and a piece of corrugated tin for the roof, bald tires for the walls packed with dirt and rocks, a dug-out dirt floor covered in cardboard and old musty carpet remnants. A refrigerator door as an entryway.

We built elaborate forts for fun but I quickly learned in many parts of the world these were actual living quarters for the survival of many families here and abroad. They don’t teach poverty in school. Shacks and huts fashioned from refuse and debris scraped together into humble abodes. Not quaint like the Hobbit or weird like the troll living rent-free under a bridge. Like trailer parks without mobile homes or campgrounds with no tents. Shotgun shacks and cold water railroad flats. What are women and children supposed to do? The vacancy signs are blinking. The lights are always on at the 24/7 laundromat. You could always sit with a cup of dishwater coffee at the diner as long as your head didn’t hit the table.

During the Great Depression "Hoovervilles" popped up across America. They were built out of bare necessity and the idea that if people stuck together they might survive rather than going it alone. It’s never-ending now. Usually erected next to the railroad tracks for easy exits riding the rails to the next situation. The hobo jungle or Skid Row. The Tenderloin, the Bowery or the Mission, in the ghetto. These were traditional haunts of the homeless.

Some call it sleeping rough. Others call it living free, out in the fresh air of wide open spaces. Now the homeless live right in the middle of cities. Thousands are a paycheck away from living in their car or pitching a tent at any zip code. In Los Angeles on any given day 60,000 homeless are living on the streets. Those who are in for the long haul have erected shelters much like our childhood forts. The slums of South America, Great Britain, Russia, Africa or Europe or Mexico are no grander than our American shitholes.

Any upstanding Christian would have no problem taking in the less fortunate. Feeding and giving shelter. No washing of feet or licking of wounds please. Feast or famine has new meaning in the digital world. We’re too busily distracted by the sideshow and buying the lies. If the dinosaurs return now, we should feel right at home.