The coercion from the left can only hurt and confuse those of good will. 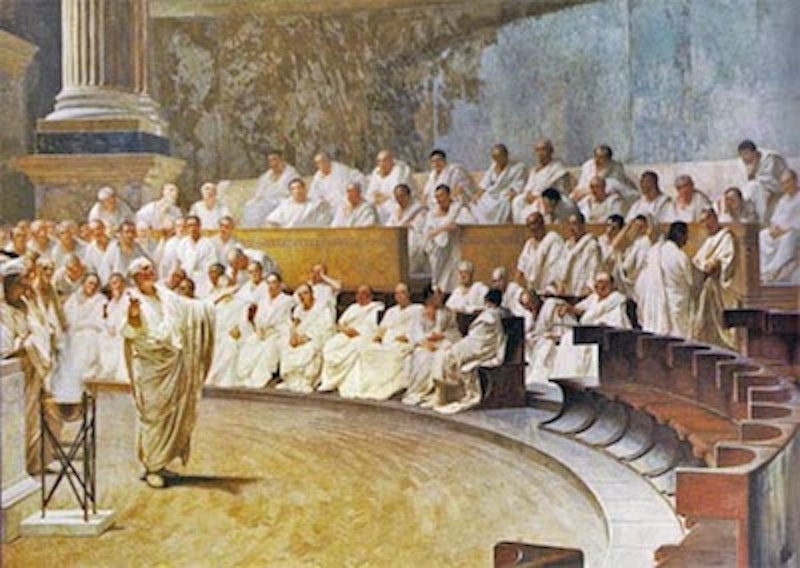 Ancient Greek men, primarily from the upper classes, helped chart the contours of the Western mind, indelibly shaping it in the process. The essential feature of “Greek” art, philosophy, politics, and more is its focus upon the innate conditions and potential of humankind and the place of the individual within society. Perhaps no other Western civilization strove so doggedly to exhume the violent buried emotions that drive our ideas, attitudes, and behavior from the bedrock of human experience. During the celebration of the City Dionysia each year, three Athenian playwrights competed with one another through the performance of their newly-written tragedies, a few of which have reverberated with diverse cultures, eras, and readers for two and a half millennia.

This ritualized and communal expression of human suffering aims, according to Aristotle, to cleanse people of fear and pity through sudden and overwhelming evocation of these universal emotions. We experience fear, Aristotle claims, when confronted with the suffering of one like ourselves, while pity arises in the face of the underserved suffering of another. Ancient tragedy, idealized through mythology, Aristotle understood and evaluated as a representation (mimesis) of real life. While not all Athenians were Aristotelians, the religious and aesthetic experience of tragedy carried, or could carry, great moral significance in the lives of the polis’s citizens and metics.

In his Agamemnon, Aeschylus expresses what may be a universal truth of human experience when he writes that knowledge is obtained through suffering (pathei mathos). This might serve as a rallying cry for the mainstream progressive movement in America today.

Theories, principles, and dogmas of “social justice” attempt to describe all meaningful experiences of injustice using general categories uniformly claimed by large classes within any population. These axes of power in our society are regarded as so definitive as to claim our full and immediate attention as moral agents and social beings. Before offering a critique of this ethical and political framework, let me state clearly that I recognize a world of difference between the preventable social disadvantages of e.g. poverty and petty trials of the privileged. I won’t seek to arbitrate questions of the equality or inequality of men and women; I believe all humans possess the same moral potential, but that belief isn’t at stake here.

While recognizing that all human beings are the product of forces fundamentally beyond our control, one must nevertheless confront the fact that all human life consists, to a greater or lesser extent, of unique, inalienable suffering (pathos), our response to which largely determines our mature character.

To some among the morally serious, the loudest cries for social justice sound as if those raising them have usurped all claims to the kinds of life-shaping experiences that lead any mature individual to an ethos of his own. This claim is made explicit in the term “woke,” which requires of the designated not only ideological conformity on a raft of issues, but also enforces a complex and at times contradictory hierarchy in any socially just exchange.

As a white heterosexual man also enjoying most of the other privileges at the center of our current “culture wars,” I’m tacitly enjoined to explicitly recognize at every appropriate moment the advantages conferred upon me by that happy accident. In doing so, I cannot offer an apology, as I’m no more able to speak for the contrition of others within the categories by which I’m being defined than my interlocutors are qualified to accept such an apology on behalf of a class comprising millions of unique individuals.

Instead, I’m relinquishing my claim to the kind of formative suffering that creates conscientious, ethically mature humans. Such a repudiation vitiates any substantive moral judgment on my part not only in matters of the narrowly generic type (race, gender, sexuality, etc.), but in all questions of justice, those concerning institutional power and moral obligation alike.  How shall I provide the guidance my daughter needs to navigate a world dominated by scoundrels and predators if I’m not only unfit to guide her, but prone to harm when I try? The coercion from the left can only hurt and confuse those of good will who are growing through their private suffering in a reflective and deliberate manner.

Ultimately, the Athenians birthed democracy but lost it within a few generations. The exploitation of its imperial “allies” led directly to Athens’ decline in the Fourth Century. The Athenians were an impractical people. Let us hope that our own age can find a path for all through the hazardous social space of justice, structural power, and personal responsibility. The failure to do so doomed the culture that gave us Antigone. Let us hope, with no less resolution than we may hope for social justice, that the destiny of a human being, as the philosopher Heraclitus argues, hinges not upon his circumstances, but his character.