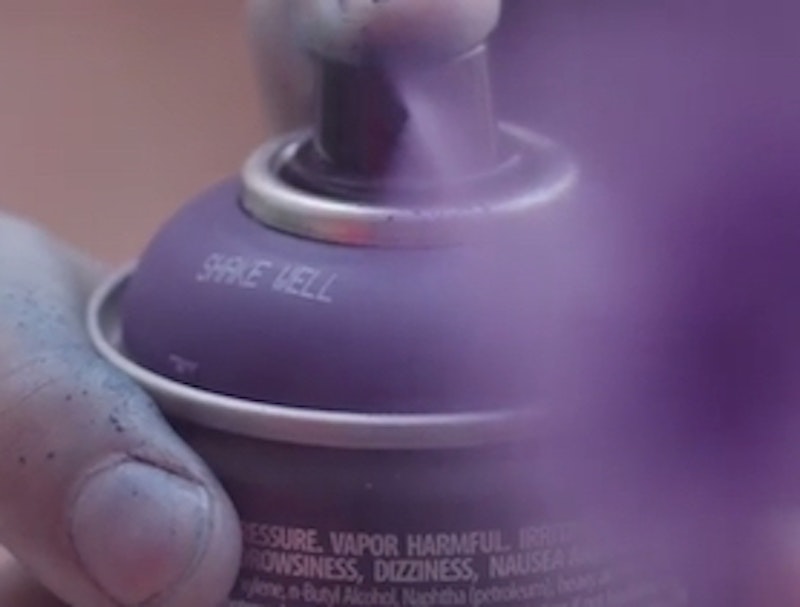 Scrubbing anti-Harris graffiti off the rocks at the entrance to our Benedict Option homestead has long been an occasional chore for me, but this summer I’ve needed to perform it at least twice a month. Something (perhaps some disposition of the stars, to paraphrase Shakespeare, the Immortal Storyteller) is stimulating the teenage low-lives of Hoosier country to exert themselves even more than they used to in the dubious pastime of spray-painting our boulders with dim-witted slogans and crude cartoons traducing one John M. Harris, Esq. (It all goes back to an altercation I had with the local roughs at the county fair a couple summers ago—but that’s another story.)

And, inevitably, there are paeans to the pleasures of marijuana: “SMOKEN [sic] WEED IS GOOD 4U”—though I’m at a loss as to why I’m supposed to consider these personally offensive. It’s true that drugs are distasteful to the Lord inasmuch as they derange the rational faculties, those adjuncts to the immortal soul; but after weathering accusations that my mother commits oral sodomy with swine (or else strong suggestions that she do so in the future), I’m unlikely to get too “worked up” about marijuana use.

Property upkeep is Mother’s job at our property, but I’ve taken on myself the recurrent work of eliminating this graffiti. I appreciate the discipline of it. In its combination of chastisement and repetition, it takes me closer than I would otherwise get to that monastic discipline that it’s natural for Russian Orthodox laymen like me to romanticize.

There I’ve been at more than one recent dawn, trudging to our gates to audit the messages that last night’s adolescent criminal mischief has left there. After reading, I put down my bucket of water, mix bleach and Clorox powder into a weak solution, take up my stiff brush, and get to work removing the still barely-dry paint—and I can’t say I’m unhappy.

There’s something meditative in this drudgery, something redemptive in the piston-like jacking—up and down, up and down, up and down—of my right arm. I’m reminded of the monastic initiate, described in the 16th-century Spiritual Memoir of the Anonymous Inmate of the Monastery of Saints Ephraim and Polonius of Karago-Irkutsk, who was tasked with the endless labor of scrubbing the nightly protein stains out of the under-cassock of his metropolitan; I’m reminded of Saint Yaroslav the Pudless, who, in a fit of ecstasy, laboriously circumcised himself with the dull edge of a cockle shell, there on the beach where the cliffs of Kara-Dach meet the waters of the Black Sea in O HOLY CRIMEA; I’m reminded of the Holy Fool Pasha who, bit by bit, over the course of a month’s worth of laborious ministry, licked into a healing state the gangrenous perineum of Agata Vasilievna, the Witch of Lower Smolensk, thus converting her to Christ. Is it ever a bad thing to see oneself in the light of a range of spiritual exemplars?

Just as Montaigne was grateful to his kidney stones, I must be grateful to the riffraff who foul my boulders, discarding their beer cans before they speed away in their trucks, full of the arrogance of the ignorant. They are spiritually useful to me. They provide me with about as much persecution, and the opportunity for about as much penitential labor, as a sinner of my small strength can bear.

Not for me, I admit, the true torments of the great Russian martyrs. God in His infinite mercy has taken His measure of His humble servant; in His wisdom he is content to test my weak flesh with but a cool iron, reserving the true trials for those better-tempered in the fire of His infinite love.