The Survivor From Bel Air 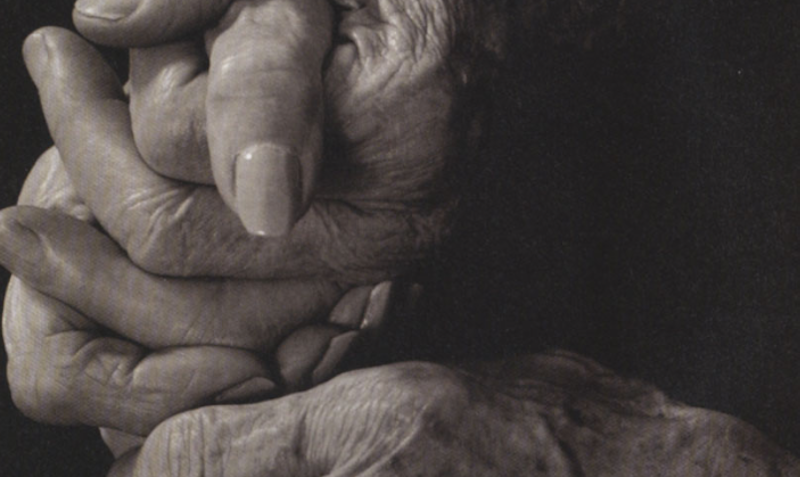 Back in the 1980s, I was a struggling young screenwriter willing to take any gig I could find. My father, a film producer, told me about a woman he’d met who needed help writing a screenplay. She was a Holocaust survivor who rebuilt her life in America. He gave me the woman’s number and I called her. Her name was Anna. She was from Romania and was imprisoned in the Buchenwald concentration camp as a teenager. Both her parents were killed in the camps. She came to the United States in the early-1950s, got married and moved to Los Angeles. She told me she’d been working on a story inspired by her experiences. “It’s a love story,” she said. “About how love conquers all.”

As a script reader, I’d encountered numerous concentration camp screenplays. All were heavy and depressing and filled with requisite scenes of suffering, cruelty and depravity. I wasn’t crazy about working on a Holocaust script but the thought of a love-story angle was intriguing. I was also broke and needed the work. I met Anna at her home in Bel Air. The place was a one-story house surrounded by oak and magnolia trees and bordered by a steep hill in back. I parked in a circular driveway behind a battered Mercedes. I knocked on the front door and was greeted by a young Latino man in khakis and a t-shirt.

“You the writer guy?”

“Come in. I’m Salvador. I live in the guest house in back.”

The house was dark with hardwood floors, Oriental carpets and furniture covered in plastic. The place had a musty smell like an ancient tomb. Salvador led me through the living room into the great room. He pointed to a leather couch next to a wooden desk with a carved flower motif. “Have a seat,” Salvador said. “The Mrs. will be down soon.”

The room was large with bookcases and a credenza in the corner. One wall was adorned with fanciful paintings of frogs. There was a frog in a cowboy hat, a frog with angel wings, a frog playing a banjo and a frog dressed in Renaissance clothing. A cast iron frog sculpture sat atop the credenza next to an autographed photo of Kermit the Frog.

Anna entered. She was a thin woman in her 60s with heavy perfume and dark lipstick. She wore a blue dress and blouse, a thick pearl necklace and her gray hair was tied in a bun. I rose from the couch and shook her hand. She smiled and sat behind the desk. She spoke with a heavy Eastern European accent.

“Thank you for coming,” she said. “Your father speaks highly of you.”

“It’s good to meet you,” I replied. “You have a beautiful home.”

“It’s my sanctuary away from the insanity of the world. May I offer you some coffee or tea?”

“Coffee would be great.”

She called for Salvador and asked him to bring coffee for two. We sat in silence, my gaze moving to the frog paintings.

“You’re curious about the frogs?”

“When I was in the camps, we had very little food. There was a creek and whenever it rained, tiny frogs appeared. I ate them. They were awful but they kept me from starving.”

“Wow. That’s powerful,” I said. “That will make a great scene in your movie.”

“There are many great scenes,” she said.

“Have you ever attempted a screenplay before,” I asked.

“It’s all up here.” She pointed to her head.

Uh oh, I thought. The first warning sign. Anytime someone said a script was in their head, I knew I was in for a long slog. This was a preemptive effort to diminish my contribution in order to take all the writing credit. It was also an attempt to reduce my fee as if I were merely a stenographer transcribing an already written story. I’d need to tread carefully.

“It’s good you have ideas but we’ll need to get them out of your head and onto paper. Here’s the way I work. First we develop the characters. Then we write a three-act synopsis. Then we list the scenes. Then we write the screenplay. It’s hard and it takes time, but it works.”

“Before we outline the plot, we need to know your characters. Who’s the hero, who’s the villain, who’s the love interest?”

“That’s easy,” she said. “The hero is me though I call her Anne instead of Anna. She’s an innocent 16-year-old. The villain is Alexander, the sadistic camp guard. He’s in his 40s. He’s muscular and gorgeous. The love interest is also Alexander. He tortures Anne, but he loves her.”

“You’re saying he undergoes a transformation?”

“Yes. At first he tortures Anne, then he falls in love with her.”

“Does he become Anne’s ally?”

“Of course. He falls in love with her,” she said.

“What I mean is, does his love for Anne cause him to change his ways? Does he stop torturing her and turn against the Nazis to help Anne?”

“He remains a Nazi, but she becomes the great love of his life?”

“She’s his great love but he continues torturing her?”

“That’s the conflict,” I said. “But if he really loves her, wouldn’t he stop torturing her? Even at risk to his life. We need him to change as a character. Otherwise how will the audience like him?”

“He cries in the end,” she said. “When the allies liberate the camps, he knows he’ll never see Anne again. We see a close up of this tough man crying.”

“How do we know he’s not crying because the allies are about to make him a prisoner?”

“Because Anne’s crying too. They’re holding hands. The American soldiers pull them apart.”

“Isn’t that a good thing? The victim is finally free from her torturer?”

“You’re missing the point. A miraculous love has been destroyed.”

“That might be a tough sell,” I said. “A 40-year-old Nazi guard who tortures and seduces an underage girl might be viewed as a child abuser.”

“Not after they see the most important scene.”

“Just before the allies arrive, Alexander leads Anne into the gas chamber. The gas chamber door closes. The audience thinks Anne is about to die. Alexander’s finger pushes a button. Instead of gas, classical music comes on, Beethoven or Brahms. Alexander kisses Anne on the lips, unbuttons her blouse, then the camera pulls back through the window peering into the chamber. As Anne and Alexander make love, the window fogs up and the screen fades to black.”

I sat in shock. The story was an abomination. The gas chamber love scene was the worst idea I’d ever heard. Anna’s concept of love was sadomasochistic. Worse, the main character was named Anne, as in Anne Frank. No audience would ever accept a Nazi guard making love to Anne Frank in a gas chamber. Anyone involved with this movie would be blackballed forever.

Anna waited for me to speak. That’s when Salvador entered with coffee and pastries. My instinct told me to walk away, to wash my hands of the project. But my rent was due in three days and I needed the cash. Perhaps I could convince her to write a redemption story where the Nazi changes his ways and becomes a liberator. Maybe we could take a feminist angle where Anne uses her brains to outwit her captors.

“Your story has a unique spin,” I said. “But it’s important to remember this is first and foremost a Holocaust story.”

“Yes, but for a love story to work we need to care about the lovers. You’re taking a big risk asking audiences to care about a Nazi.”

“As Anne falls in love with Alexander, the audience will learn to love him as well.”

“The story has to ring true.”

This hit me like a thunderbolt. Anna’s screenplay was an effort to express the horror of what she’d endured in the camps. She was tortured and raped by a Nazi guard twice her age. She’d recast these memories in the form of a love affair to help her process the trauma. She needed a therapist, not a screenwriter.

“Screenwriting is hard, especially when the story is personal,” I said. “Why don’t we talk in a few days. That’ll give you time to figure out if I’m the right person for your project.”

I thanked her for the meeting and left. That night, I called my father for advice. I told him about the frogs and the torture scenes and the gas chamber lovemaking.

“You gave her honest feedback. That’s what she’s paying you for.”

“I made a rookie mistake, dad. We discussed her story before we discussed payment.”

“No. I don’t know if I should continue with the project.”

“Can you live with yourself if you help make this project into a movie?”

“There’s your answer,” he said.

I knew he was right, but I felt guilty. Anna was a survivor. She’d been through hell and still carried the pain. It’s possible I was the only person she’d ever told her story. She deserved my support and compassion. Telling her I didn’t want to work on her project might be construed as a personal rejection.

“I can’t stomach the story, dad. It’s wrong on every level.”

That night I wrote an analysis of the story. I noted the pros and cons and offered recommendations. Anne’s age should be 21 (not 16). Her name should be changed so people don’t confuse her with Anne Frank. A new character should be introduced as Anne’s lover. Alexander should come off as an evil villain who feels desire for Anne. Anne must never reciprocate this desire. When Alexander learns Anne has feelings for another man, he threatens to kill them both. Their efforts to stay alive provide the drama and tension. Remove the love scene in the gas chamber. The audience must know that Anne’s spirit remains intact.

I put my comments in an envelope, drove to Anna’s house and left the letter in her mailbox. A week later, I received a thank you note from Anna with a check for $1000. The memo line on the check read “Screenplay Consultation.” I never learned if Anna completed her script.