Don't ask questions you shouldn't, or you'll get called to the carpet. 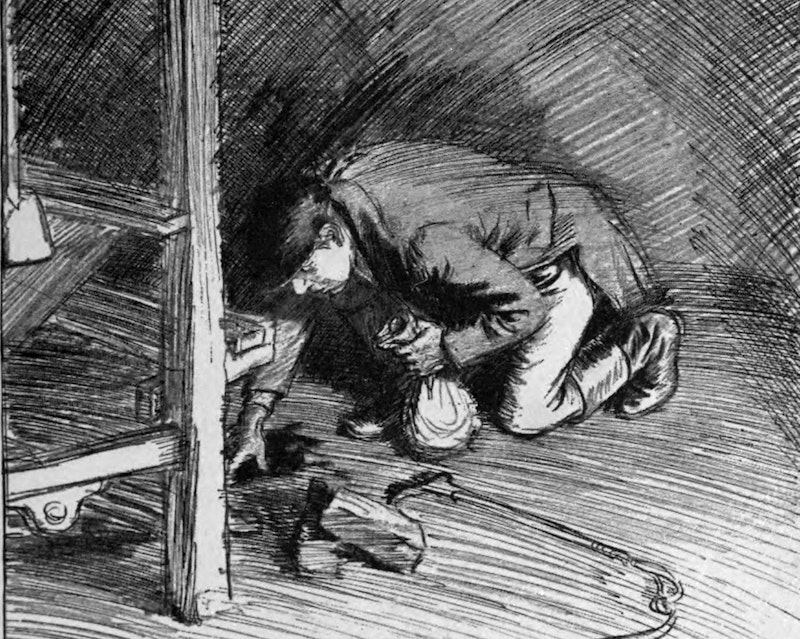 Charlotte, a diminutive old lady who was well-liked in the small town in which she’d lived for most of her life, had a curious and captivating laugh: it was quaintly euphoric, and consisted of three identical one-breathed syllables, “Hmm!” It always occurred three times, on a note at the extreme upper portion of her tessitura, and usually followed her having said something novel, and the laugh was an expression of her own amusement at herself. The three expulsions of the syllable began emphatically, then diminished in volume, the last almost imperceptible.

Her neighbor was going to be late coming home one day, and phoned Charlotte to watch her young nephew, seven-year-old Tomas. The following day, after she’d fulfilled the appointment, the neighbor asked her what she’d said to Tom. “Oh,” smiling, but, fidgeting with her fingers, as she sensed that there was some concern, “I told him about my family, and we had a good talk—I told him about my late husband. Hmm!... Hmm!... Hmm!”

“Oh I see. Yes,” she said with a chuckle, relieved, “he is young. We all have to go sometime.”

The previous evening, Tomas walked up to his mother sheepishly at day’s close, just before bedtime—and spoke in a tone which might’ve been construed as one of relish, were it not for his age, and its pairing with the peculiar expression which his face bore. He said, "Mom, I met the meanest woman in the world today... you wouldn’t believe what she did." But he wouldn’t elaborate when questioned.

Charlotte always spoke and acted freely, from the core of her character, and, though sometimes it earned her some glances, the townsfolk nevertheless always enjoyed speaking with her, and regarded her both as a very wise woman and a tremendous bundle of experience. She never remarried, and lived a span of 30 years’ viduity. Some of her quips had become patent to her repertoire over time. “Oh I know what she probably said!” people often would add with a chuckle when her conversations were recounted—they’d recall the slightly wilder-than-necessary look in her eyes as she’d say, “If the crick don’t rise!” or “If yer lucky!” when someone would say they’d see her later, or “Boy, what you see when you don’t have a gun!” when serendipitously coming across someone she hadn’t seen in a long time. She had many personalized nicknames for her grandkids, of varying social acceptability, such as “Stinkweed,” “Whistle-britches” or “Step-an’-fetchit” to name a few. The kids regarded this habit as one of her most endearing qualities.

During baby-sitting, Tomas was sitting on the floor, pushing his small, yellow toy bus back and forth in short movements, and stopping without warning, he looked up saying, “Ms. Charlotte do you have a husband?”

“I had a husband, sweetheart.”

“What happened to him?”

“What did you do with him?”

“I shoved a bone up his ass and let the dog drag him around! Hmm!... Hmm!.. Hmm!,” she said, attaining to a startling virtuosity of words.

A well-balanced frankness is one of the later-maturing qualities in our natures: Tomas had the good fortune to have drunk from this edifying font of wisdom so early: His eyes being fixed for a few quiet moments, he, kneeling on the floor, transitioned silently and without motion, as one does—to being a bit wiser. Back to moving his toy bus on the carpet he went, pushing to and fro, with his new gaze.