The Politics of Swag

The Federal Trade Commission tightens their rein on bloggers' right to free stuff. 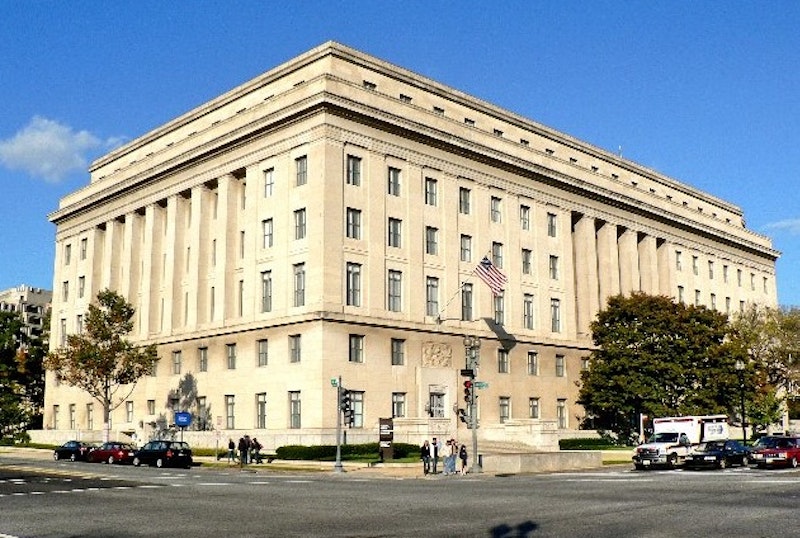 Yesterday, the Federal Trade Commission released its "Guides Concerning the Use of Endorsements and Testimonials in Advertising," with newly updated rules for bloggers. The FTC requires disclosure of all promotional connections between individual bloggers and the companies who make the products they "endorse"; so, for example, if you run a blog about gardening and you receive a free bag of topsoil from a company, you must make this transaction plain if and when you post about the product. Furthermore, it may be unlawful for you to then accept advertising money from the topsoil company, or even to keep the topsoil once you complete your review.

The irony (some are saying double-standard) is that no such disclosures or judiciousness is required of writers who work for publications. So if you write topsoil reviews for Home & Garden or The Washington Post, the FTC does not require you to disclose any like connections or give back your product once used. As the Bureau of Consumer Protection's Richard Cleland expressed in an interview with blogger Ed Champion, the new regulations distinguish "between who receives the compensation and who does the review [...] In the case where the newspaper receives [the product] and it allows the reviewer to review it, it's still the property of the newspaper. Most of the newspapers have very strict rules about that and on what happens to those products."

The idea behind these new policies, which go into effect on December 1, is to prevent a consumer-confusing bubble wherein a reputable blog basically acts as a spokesman for a company's new products, all while receiving those products for free and possibly profiting off the company's advertising dollars. It's a nice notion, but it misses the mark in a couple different ways.

For those of us on the cultural journalism beat, the new FTC guidelines are particularly worrisome. Quite plainly, free stuff is the lifeblood of this job. It helps make up for the total lack of job security, the routine underpayment, and the fact that barely anyone reads your work. And now independent bloggers, particularly those who cover DVDs, albums, and books, are to believe that it's unlawful to keep this swag, or to accept advertising payment from companies who make it.

My own job illuminates just how silly these generalizations are. I am a writer for Splice Today, which in the FTC's eyes counts as a publication rather than a blog. Meaning that we're allowed to run advertising for a movie I review because I will not directly profit off of it; the money will go first to Splice, thus supposedly eliding any potential conflicts of interest.

But for all intents and purposes, my job resembles Ed Champion's much more than my book- and film-reviewing colleagues at The Baltimore Sun. My editor never requests that I cover any specific product, and it's entirely up to me what movies or books I write about. My content probably wouldn't change much if I were operating johnlingan.blogspot.com; but since I am nominally tied to a publication, I'm not held to nearly the same standard as people who do essentially the exact same work, only independently.

So let me disclose all at once: I haven't paid my own money for more than one or two things I've reviewed on this website. To be honest, I might be a little upset if I had to. It's my job to write about developments in the pop-cultural landscape that interest me, usually new movies or DVD releases or publications of books. To pay for every product I reviewed would effectively cancel out a good bit of my income, and thus make me reconsider whether doing this job is worth my time. It's therefore essential that reviewers and cultural critics get their material for free, since depriving them of that would likely limit the amount of criticism available to read.

I also get way more material in the mail than I could possibly cover myself. Often this is because I request it; I have probably two-dozen-odd books that I've requested from publishers sitting on a shelf behind me. They all look fascinating, but for reasons of available time and effort, I may not get to them quick enough to write an article. I may not get to them at all. Other times, I may receive a book that's terrible, in which case I will almost certainly sell it to a local used bookstore or online. (Less often I'll just give it away to a friend or the library.) After all, why keep a book I didn't like, particularly one that might exhibit reading wear and thus wouldn't be of any use if returned to the publisher? Why not get a few bucks for beer or diapers out of an otherwise unhelpful book like Netherland? I imagine many reviewers act similarly, but when they do this, they're now considered threats to consumer protection.

I would love to see the bookstore that Richard Cleland contends could be opened by an industrious, unscrupulous literary blogger on the strength of his freely obtained products. Filled with error-riddled advance reader's copies and nearly-unknown titles from small presses, such a store would obviously pose a grave threat to the troubled book industry. Perhaps it's possible that a blogger could obtain free hardcovers of The Lost Symbol and Her Fearful Symmetry and sell them out of the back of a truck at a significant discount, but is this such a threat to the market that the FTC has to shake down individual bloggers who are only trying to cover a subject thoroughly? And don't big-box stores and chains like Waldenbooks and Barnes & Noble already do this?

Left implied is the obvious: dubious monetary transactions and advertising quid pro quo are the province of newspapers and chain stores, not independent readers and critics who are generally more interested in ideas than profit. Silly bloggers; backhanded, market-killing publicity deals are for corporations.