The Man Who Stole the Boy-Emperor

Fiction: Don't hold on to the past. 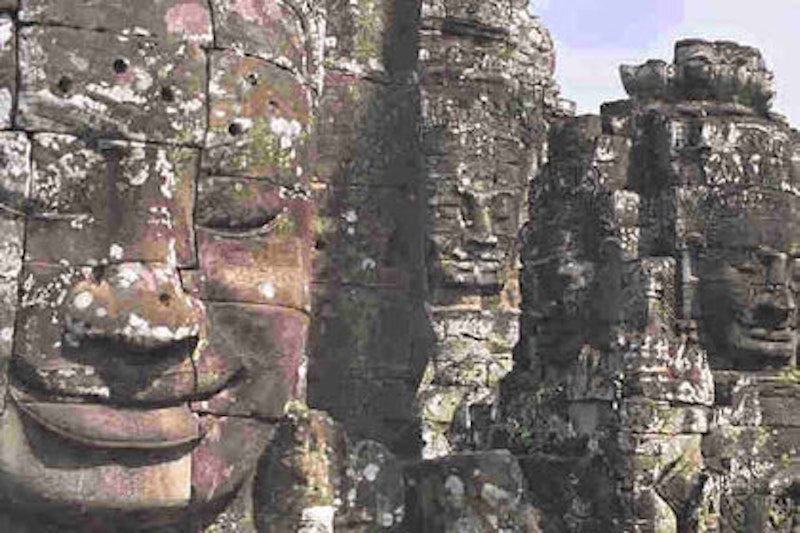 A man locked up a woman and a child in a tower. In theory they could leave. In practice they were scared: he’d told them about the dangers outside. The woman and her little boy had been rushed up the long flight of stairs to the tower's top chamber, the man right behind them, his guards in front and behind. This was on the night when the old emperor had died, and screams could be heard. Men with clubs and short swords were hunting down boys with spears and knives. For years the palace remembered that night as the time when nobody knew. Nobody knew who would control the palace the next day, nobody knew who might come into one's chamber that night, carrying something sharp.

The man who locked up the woman and child knew well enough what was happening. He governed the palace, as much as anybody did, and he had ordered the old emperor's execution. He had the tower and chamber ready for the woman and her boy. He had a stone well where the heads of the rampaging youths were tossed until he counted 57 and knew that the old emperor's supporters, his wilding pack, were all dead. The man had spent two and a half years planning the death of his emperor, who had always been difficult and had lately become a menace. Now, with the lady up in the tower, the man possessed the widow of the late emperor's very popular but deceased nephew, and with the widow he possessed her son, who was the closest that anyone could see to a new emperor.

It was a perfect arrangement for him. The man was a great organizer and manipulator, and now he had organized the imperial family into the palm of his hand. He had spent two decades chasing members of the monarchy and the aristocracy, getting their ear and knowing what to feed them. Doing so was one of the man's many gifts, the qualities that had placed him first among the army of people who administered the palace. But now he owned them. The emperor and the empress-mother lived where he wanted them to and they saw nobody but him. The man gloried in them without even knowing it. Life felt comfortable when he had his emperor on his knee and the boy's mother languishing somewhere in the background.

The emperor passed from five to 19, and the man continued to dandle him, or try. Other people had sex or fell in love, the man never did. People said that was the reason he climbed so high, which was kind of true. He was disinterested in a lot of situations where other people weren't, and that helped him see around other people, catch what they didn't know about themselves. He was clever in that way (among many other ways). But it turned out he had his particular weakness. What he liked was to have a chamber high above everyone, and his emperor sitting on his knee, and he wouldn't give that up as the emperor got older.

The two of them had spats over nothing: tiny displays of preeminence, fractions of territory. In a way they were like parent and adolescent. But, because one of them never left the chamber where these dramas took place, they were also like children in a sandbox that was their world. The man entered this world whenever he climbed the stairs to his nest, the palace behind him. He wanted to live in the sandbox, and that desire stayed even as the sandbox became an unpleasant place to be. He wasn't going to give it up.

The boy turned 19, the age of majority. The proper ceremonies were held; the palace watched; the boy became full-fledged emperor, the ruler. He ordered the guards to kill the man and they did so, right on the spot. Legend says the man looked surprised.