My Friend Who Was Flushed Down a Sink

Somewhere in Quebec, a drunken handyman can't get out of the basement. 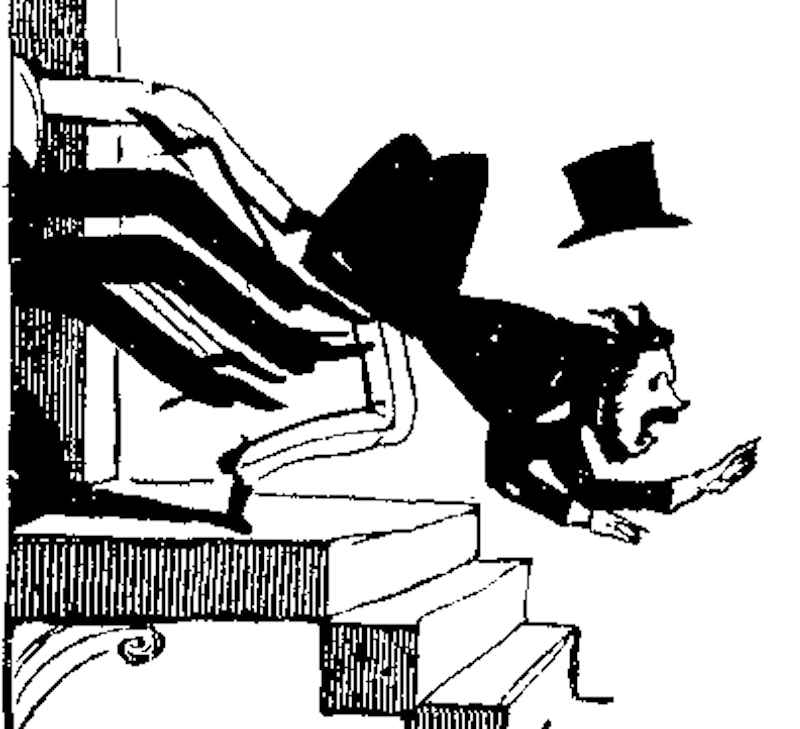 The handyman has been banned from his favorite bar—his only bar, his office and clubhouse for a decade and a half. “He got in an argument with Walter,” my informant says, the handyman's crony of years. “Walter, you know,” the crony says, because Walter owns the bar and he doesn't let people piss him off—they have to go.

The handyman said something to him, God knows what. The crony claimed to know nothing first-hand and wouldn't fill in blanks. Walter and the handyman had been getting along well enough all these years. The handyman loved bitching, but I don't recall him bitching about Walter. But now, so late in the handyman's career, he started arguing with the man who owns the Rose.

Result: The handyman is squashed. I think his world is gone. He's 58 or so and dilapidated from years of smoking and drinking and falling down. He can't get that far, he doesn't show for jobs, he's pretty much around-the-clock in his apartment, which is tiny and in the basement of an old pal who owns the building. The liquor store and the Rose are at the corner; the handyman can hobble there with his cane. Just last summer he was spending five-hour afternoons sharing a table with yet another pal, a wiry little Irishman who's a retired schoolteacher. They liked getting loose and slinging their opinions back and forth.

Without the Rose, the handyman has nowhere to go. There's no way to find him either. I wanted to catch him at the bar so I could get the key to his building's street entrance and make a copy. I have the key to his apartment but that's all, and you can't see the handyman unless you have full access to his living space. The man is too muddled and infirm to hear a buzzer and then topple his way toward the correct button.

Last fall the lock to the street door didn't work and I could come in without trouble. Early this winter it was fixed. That's when I began thinking about the Rose and finding the handyman. Now the lock is still okay but the intercom has gone out; I stopped by today and saw that. The lobby has blocked me perfectly.

I don't have the handyman's phone number and doubt that he's kept his cell functional.

I could hang around the liquor store, most likely late afternoon. That seems like the right time, when the handyman has finally lifted his bones out of his ragged easy chair and aimed his nose toward supplies. But the liquor store is a hard place to enter. Its inside is very distinct from its outside, with heavy doors to push open; a silence drops on you as you step across the inner threshold. I won't be at the store to buy anything and I don't dress as well as the staff. Plus they're used to seeing me come in for boxes, which somehow seems like another strike. At any rate I'm supposed to be leaving this neighborhood for a new home. I don't want to be hanging out.

I've known the handyman for almost 13 years. I spent thousands of hours listening to him being an asshole. He was my chief friend during all that time; not my closest friend, but one I cared about. Basically I spent my time with him, and the time added up to a decade of my life. Now he's flushed down a sink like a beetle and I don't know what to do about it.

I just think he's such an idiot—arguing with Walter.