The Illusion of Failure

In order to save ourselves we need to fail so we know what part of us needs saving. 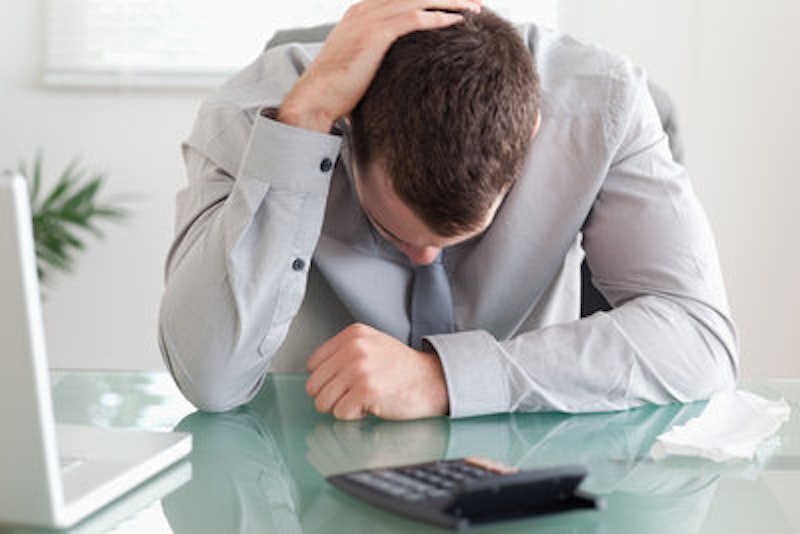 I left NYC after four months, the exact amount of time I had spent desperately searching for a job and affordable transportation. The job I left behind at a major media company was given up willingly, I felt nothing but complete numbness as I boarded a flight back to Florida. My mother stroked my hair as I slept on her head on the plane, and for the next three days in a bed that didn’t feel like my own anymore. When I finally decided to face the day, I was a shell of the person who had left for the city earlier. My face was skeletal, all traces of the sunshine state washed from my pale skin, and the circles under my eyes more pronounced than ever.

As soon as I set foot back in my childhood bedroom the shame of leaving something I had thought I wanted for so long washed over me. I avoided telling anyone I was home, and quickly took a job at a clothing store almost an hour from me and began working again. I often refer to the next phase of my life as my six months of solitude. Coworkers would ask me to hang out and I would rebuff their offers, opting instead to go home and drink myself into a whiskey induced stupor. I was volatile, going from weeks where I went to the gym endlessly and applied to every job in NYC I could find to weeks where I could only eat pizza twice a day and rarely could leave my bed.

My parents and the few coworkers I had spoken to about my situation often told me it wasn’t my fault, that I couldn’t blame myself forever. But, instead of being able to heed their advice, I would wake up in cold sweats, I would drink four cups of coffee a morning until I could feel my hands vibrate on the wheel as I drove around town, anything to feel something besides the aching guilt of failing myself. Suddenly, I couldn’t write a single word. I would spend hours staring at a blank Word document only to find myself walking away. All the vigor I had for writing had been replaced by my feelings of failure. I rationalized to myself that if I never wrote another word then no one would be able to doubt my talent again. Shame has a weird ability to fuel rage, which fuels doubt, which in turn fuels complacency.

Then, on a Tuesday afternoon while I was serving customers at the part time job I loathed, I caught myself singing along with a coworker and smiling. Without realizing it, we slowly grow exhausted being angry at ourselves. Sometimes we forget to be furious and find ourselves singing. It opens up a change in you. Yes, I had given up on something I thought I wanted, something I deeply believed I needed in New York City, but wasn’t that a form of self-preservation? There were a multitude of reasons that I had left: the job I disliked, the smothering summer heat, traumatic changes compounding around me faster than I could process. I rationalized in that moment of unadulterated joy with my coworker that I could remain miserable for the past, to metaphorically be my own whipping boy forever, but in the end we tire of being the martyr. In the end we all know that as much as we want to punish ourselves that it won’t save us from ourselves. In order to save ourselves we need to fail so we know what part of us needs saving.

That is the thing about failing though, isn’t it? It is only after we feel like less than nothing that we truly begin to understand the gravity of our worth. It is only after we feel like we will never amount to anything that we begin to cultivate what we’re passionate about. Our failures define us, but only for a moment. Only long enough to spin us around until we’re dizzy so we can find our way back. We feel permanently lost, only to wake up and find that slowly we have rebuilt ourselves. We feel we’re alone only to discover we’ve slowly gathered a group of friends that make us feel good about ourselves once more.

Slowly, I started writing again. I began to laugh when things were funny and cry at times that began to feel more connected to my emotional present. In order to survive the world we must know which successes are worth mourning over so we know which successes we must begin to pursue again. I learned to let go of my failures because they were eating me alive, robbing me of the man I was when I laughed with friends. When we’re able to accept our failures we destroy the possibility of decimating ourselves the next time the world tries to swallow us up. When we destroy the the possibility of breaking ourselves down, failure stops feeling like an option.