This is the first installment of Real Places I’ve Been, a series of articles about my itinerant wanderings and youthful transgressions. 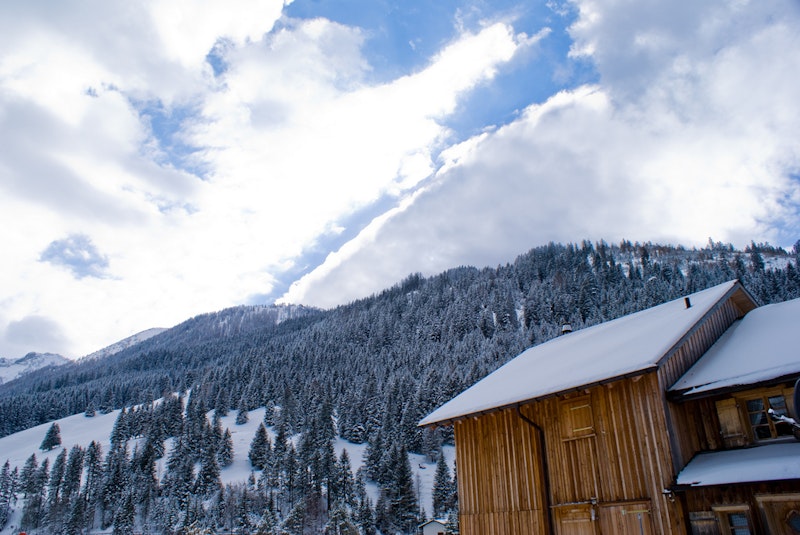 Leaving is the easy part. It seems like that’s pretty much all I do anymore. After a break-up that saw me move from one side of Oakland to the other, after deciding the city wasn’t big enough for the both of us, I’ve been a rambler. That was one year ago, and I didn’t have much of a plan (I’d also been laid off!). Something about a “goat farm in Tennessee” and “some restaurants in New Orleans,” was what I’d tell people, but really it was just “go.”

What I did have was a car, a beautiful light blue 1980 Mercedes diesel station wagon, my dream car, one hell of a stylish whip and total freedom. After running around New York City (which included hanging out in M.I.A.’s apartment in Bed Stuy), my New Orleans plans were dashed by a 600-pound bronze plaque that landed on my friend Borna’s foot, crushing many bones and our travel itinerary. After a week in Baltimore, I decided to take a mountain man retreat at my grandparents’ (rock) farm in the Catskills, 120 acres nestled in between a few mountains in the quaint town of Ashland.

The idea was to hook up with a couple local maple men, Randy Waterman and his son Tim, who both tapped trees, and then boiled down the sugar to make their own syrup. They would provide the equipment, show me the ropes, and then buy my sap at state mandated prices. I’ll let the “maple log” I was writing fill in my fate:

This isn’t exactly day one, but this is the day I’m going to start writing.  I spent the last week in Baltimore, doing some work while waiting for the weather to get a little warmer. The sap doesn’t start to flow until it’s 40 degrees during the day and freezing at night. Today it’s almost 40 degrees, but I don’t have any buckets up. Which is a problem, but I don’t exactly see a solution, seeing as there’s damn near five feet of snow on the ground. I can’t put up buckets or collect sap if I can’t get off the porch. I’m going to call Randy and Tim at some point, and hope they don’t tell me I’m screwed.

At least I’ve got some great records to listen to. Right now I’m listening to Lonnie Johnson and some of his dynamite blues sounds. I woke up this morning with the Clinch Valley Gospel Singers, and their gorgeous gospel harmonizing. Even if this is a wash, I won’t be too mad—just disappointed Mother Nature has decided to be so cruel. Now I’m caught in a catch-22, the sun has to come out to melt this snow, so I can get to the trees, but that sun is also causing the trees to have their first run—the best sap-wise. Argh, I guess there’s no use agonizing over it.  It’d be nice if I could go skiing, but I can’t afford that shit.

Almost six p.m. Still not much doing. I’ve listened to a bunch of records, Chet Baker blew me away, but the reggae records have been fantastic as well. Other than that, I’ve left a message for Randy and Tim, smoked a couple spliffs and read The Wind Up Bird Chronicles and watched The Stand, which is sort of terrible but has Molly Ringwald and Gary Sinise. Basically, it’s a good way to waste time until I figure out what my mission is. It sort of bothers me to pass days in such a trivial way, but it could be worse, much worse. I’m going to make dinner in a little bit, and probably resume those four activities: records, spliffs, reading and watching movies until further instructed.

Today has been more of the same. The only person I’ve spoken to is my Mom, which is to say: I haven’t heard my fate from Randy and Tim. That sounds heavy, but honestly I’ve been doing my best to not think about what all this snow means for the future of maple tapping. So instead of thinking, I’ve finished reading my book, finished listening to The Stand, and realized that I’ve been recording all of these records with the microphone, rather than the internal input, which means I’ll have to do it all over again. I also need to write an article for Splice Today and check up on my fantasy basketball team. Beth’s Café it is, I guess.

I didn’t write anything yesterday because there wasn’t much to say. I went to Beth’s Café in Prattsville, and the wi-fi wasn’t working, so I booked it out of there as soon as I finished my pancakes. I tried the Country Hutt Antiques store, but they’re only open Saturdays and Sundays. I finally ended up checking my email at Windham—nothing really doing. God, the rest of the day was more of the same. I finished listening to both sides of every record I got in Baltimore, and sorted them into tentative keep/sell piles. I also got through the first half of Kavalier and Clay, which was slow at first, but has obviously taken somewhat of a hold on me.  Oh, and fucking Borna told me he wasn’t coming this weekend. I might go stir crazy.

Today is another 40-plus degree day. I’m going to try and call Randy and Tim again, and if that doesn’t work I’ll go over to their place tomorrow. I feel like I’m fucked. Either way, something needs to happen because once I run out of herb I’ll feel even more worthless than I do now, just sitting here all day. I mean, I have a pretty valid excuse with all this snow, but I really don’t want this project to fall through. Ah, failure—smells like shit.

I guess having to give up or whatever the fuck is gonna happen when I talk to Randy and Tim is the reason I haven’t tried harder to get a hold of them. If it’s time to go to Ann Arbor and work, which I don’t even know if it’s possible, than so be it. I just need to set my life in the right direction. I will settle for any direction, it doesn’t even have to be the right one. I just can’t go back to Jersey after this. Sell that Smallwood record, sell the Beatles record, go go go.

I was woken up this morning by a phone call from my Mom, which instantly put me in a terse and disagreeable mood. I went back to sleep, and got up a few hours later, with only task the goal of finally reaching Randy. I got it together enough to head down to the Country Hutt and look for records, and came back with a decent haul: 10 LP’s (and almost 20 more left behind) and 12 45’s, but no mind blowers. Oh, and a tattered copy of The Autobiography of Malcolm X that I intend to reread over the next couple days. I’ve held the book in high esteem since I read it for a class on Malcolm X my freshman year at Michigan, and it’s one of the few books I’m willing to read more than once.

After a couple of dusty hours, I came home and called Randy. He actually picked up this time and blah blah blah they’re pretty screwed, and I’m totally screwed. Bag it, tag it, this project is dead. I immediately called Forest and left a message—I hope I can still go work at Wazoo. That’s looking like a better and better option. After all, I can’t stay here all that much longer.

And it’s settled! I’m going to go back to the dirty Jerz tomorrow, and then on to Ann Arbor in a couple of days. I don’t know what exactly is going to happen when I get there, but Forest made it seem like there’d be something for me to do, and if there’s not a job at Wazoo, then I’ll have to figure out a way to make one. I also talked to Aaron, and he’s cool with me staying with him, Theo, Christian and Nadia, and that seems like the best option. In fact, I can’t even think of another one really. I can’t stay with those girls, or at least, not for more than a night at a time (not a HEYO, more like a "they would hate me"-o) and well, we’ll see I guess.

So yeah my first foray into profitable agriculture ended with the worst blizzard New York had ever seen (at that time of year) in my lifetime. Six-foot drifts are beautiful to look at, but nigh on impossible to walk through, much less collect a couple of 150-pound buckets every single day. Part of me was relieved, but mostly I felt a little robbed. I was broke, and I needed something, anything, to keep me from having to move back home to (dreaded) New Jersey.