The Existential Horrors of Telecommuting 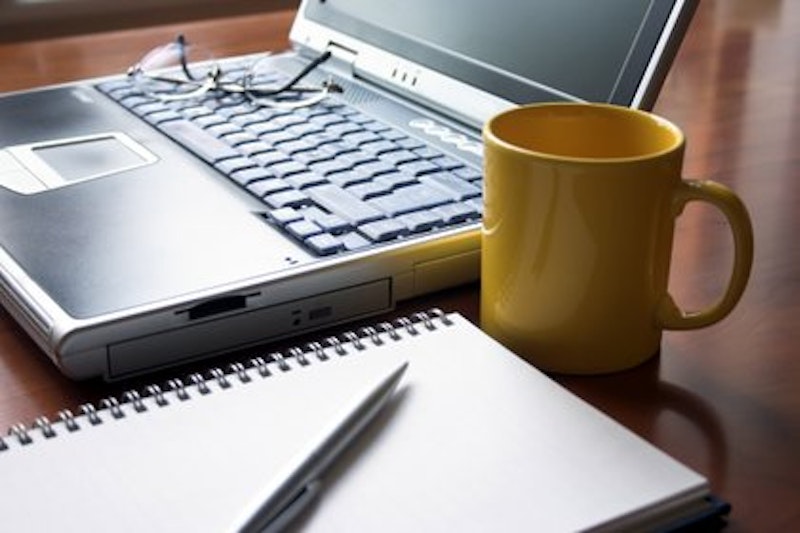 There's so much we take for granted, working in an office environment: the tenor of meetings and casual conversations, particulars of body language, the velocity of other people streaming in and out of conference rooms and down hallways, just everything. And yeah, sure, all of that sense data is exhausting to process and weigh, but it turns out that the effect of not having all of that sense data to process and weigh is exhausting in its own weird way. Welcome to the warped world of telecommuting, where every moment is fraught with existential panic, where sloth or even the inclination to be slothful invites avalanches of self-recrimination and self-doubt because no one is watching you, but the fact that no one can watch you consider slacking off is scary to consider. I'm six weeks into telecommuting from my home in northeastern Pennsylvania to my workplace in central Texas, and this shit still feels weird.

No Drive Time: I knew I was going to miss drive time, sure, those 75-90 minutes a day installed in a car, engulfed in music or automotive ambiance, but I didn't realize how much until suddenly I didn't have to actually drive myself anywhere. The gradual experience of fully waking up became stranger because, psychologically, the act of separating home from workplace isn't a natural one. It doesn't help that the PC that I VPN in on is the same one that I use for freelance work. Not having to pay a king's ransom for tolls and gas is a blessing, but the trade-off is that any little deviation from routine seems humongous, even if it's just trolling the downtown of the small town I live in on the weekend or having my parents come to visit.

Background Noise: It's summer, which means that my son is home all the time, which means that sometimes my nephew is over, which means that kids are getting in trouble or misbehaving or not listening in the small house that I live in, which means that there isn't a genuine sense of separation between work life and home life, which is exhausting. I miss coming home at the end of a long day and getting a second-hand or edited take on whatever went down when I wasn't here. Also, I have a German shepherd, so whenever the mailman shows up or somebody jogs by or whatever, another country—a violently, piercingly loud country—is heard from.

Music: Sometimes when I was on site, I could lose myself in whatever music I brought with me and ride the riptide or undertow into the day's workload and cross-web of email correspondence, but the catch was that co-workers would interrupt me constantly, so really getting in sync with Earl Sweatshirt or Duane Pitre or whoever was next to impossible. Now a lot fewer people interrupt me, but it's tougher to lock into the work groove, so to speak. There's rarely the full, all-encompassing sense of "I'm at work right now"; it's more like "I'm at work in a room in my house." Those moments where I do get on a tear and feel epically productive, creative, and downright QA-analyst invincible are precious and rare, and I marvel at them.

Watching Other People Work Outside: My father-in-law and wife are doing tons of outdoor work under the hot sun during the day, and the office is situated where I can watch them, and watching them leaves me really questioning whether what I do for a living in really work.

Teleconferencing: There's a moment at the very beginning of "Walking On The Moon" where The-Dream wonders "hello? hello? hello? is there anybody out there?" Then after a long moment he mutters, "just me out here, I guess" before launching into the song proper. Teleconferencing can be like that sometimes. Teleconferencing or calling onsite and having no one show up is depressing; teleconferencing when you're offsite and everyone else is onsite is devastating. It's the emptiest, most soul-crushing feeling, mumbling "is anyone there? is anyone on the call?" into the shadowy digital murk of a conference call. You actually catch yourself wondering, "Would people blow off my meetings if I was actually there?" even though you know that there are perfectly legitimate reasons for non-attendance, and that more often than not people do honor their commitments; nonetheless, The Fear flares up in those moments. Of course, when attendees do surface on the call, it's somehow the most reassuring feeling in the world ever.

Seeing Other People: I'm known for being kind of withdrawn and monk-like; I used to spend lunch breaks at work plugged into my iPod iPhone app and reading a novel or magazine. But I really, really miss being around people, tons of people, people of varying ethnicities, people I don't like and maybe am trying to avoid. That endless, throttling diversity was one of the things I adored about Texas: the many accents and oddities of phrase and bizarre, intriguing smells emanating from lunchroom microwaves. Rural Pennsylvania is the opposite of that, which can be stultifying at moments.

My Son: I get to have lunch with my son and play soccer or football with him almost every weekday, at mid-day. How dope is that? Being able to do that—at least until the school year starts—almost negates everything that sucks about this circumstance.