Five Secrets of Writing For The Internet 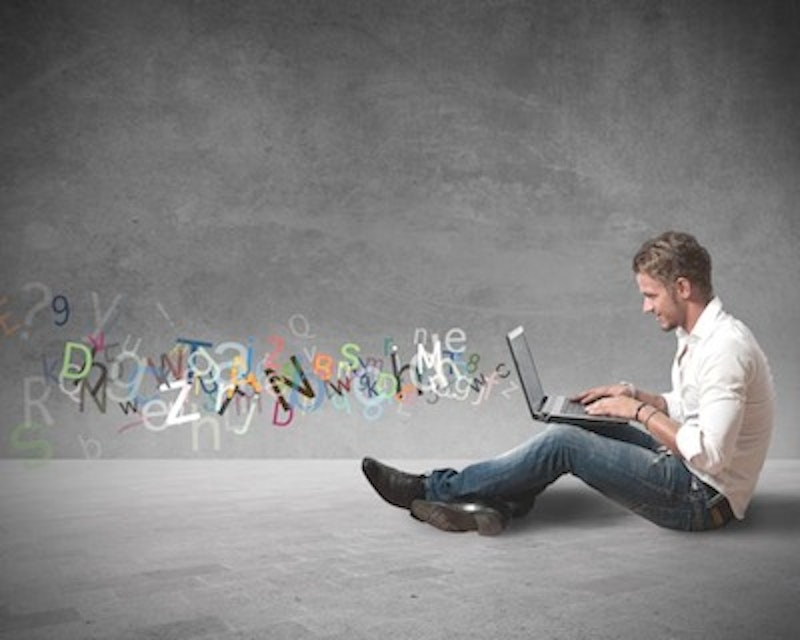 People always ask me to tell them about the most difficult part of writing for the Internet. “I want to be a blogger, how do I do it? Will you help me?” Okay, sure! First of all, it’s hard. Really hard. Writing for the Internet is different from almost any other form of writing. Like, when you write some bullshit paper for a class you’re taking in college you’re not really trying all that much. You never treat a paper like your magnum opus. You’re just trying to get a passing grade and move on to binge drinking. That type of approach doesn’t fly on the Internet. When you write for the Internet, the hardest part is having ideas all the time. You are your own ideas factory, so it’s up to you to come up with all the stuff you want to produce. Every writer develops a niche, an audience, and you have to write to keep all those people interested in what you’re saying. Here are the 5 secrets of writing for the Internet:

1. Say “So What” To Negative Comments

Comment culture is part of writing for the Internet. Some websites and blogs are known for their ribald and venomous commenters, and sometimes the comments are even more interesting and informed than the articles. Sometimes. Most of the time, though, the commenters are politically incorrect idiots who leave any type of shit on your comment wall because they are not getting laid and that gross fungus on their foot is coming back, they have to take their anger out on somebody. So a word of advice to all Internet writers and bloggers: read the comments, sure, especially because commenters will be the first people to point out any factual/grammatical errors in your writing. And that can help you improve. But after about six months of writing you will have some comments that are all, “Well this is the worst piece of ‘writing’ I have ever come across” (the word writing will always be in quotation marks); “That was a waste of my 5 minutes”; or “this is the worst article on this entire site. If the site keeps publishing this author, I am not going to read anymore.” I once wrote an article that got so much negative feedback that some dude emailed me and told me that I was just mad because I am ugly and black and effeminate and an N-word and nobody wants to have sex with me.

2. People Don’t Want To Read About You

This one is a hard lesson to figure out, but go with me: people don’t want to read about you, they want to read about themselves. They want to click an article that is immediately going to resonate with them, that they can share on Facebook or Twitter for all their friends to read because the article somehow reveals something important about themselves or what they believe in. Comments come in handy here again, too, because you will likely have some commenters who say how much an article resonates with something they are going through, or else they will get mad at you because the article you just wrote has nothing to do with them. People are just looking to be validated, to find out that they are not alone.

Find your voice and stick to it. For some reason, my particular Internet voice is one where I am loud and write about wearing sequin cat suits and orbital headpieces and all of that. That’s because I like flamboyance, and I want to paint a vivid picture. But I don’t actually have any cat suits—okay I have one, but still. The point is, I write larger than life because I like that particular voice, when in reality I’m pretty shy and quiet and not the big old queen I sound like to you.

4. Keep A Notepad Of Ideas

Get prepared for perpetual writers block. Having new ideas all the time is really exhausting. You feel like you have zero ideas, absolutely nothing left to say about anything. But there is always something to say, you just have to know how to look for it. Ideas are around you, all the time, everywhere. Keep a list of potential articles on your smartphone or in some file on your computer. Anything can be turned into an article, all you have to do is spin it in a new way.

5. You Will Not Please Everyone

Everybody wants to be liked. We all want friends; we all want to know that people are reading our articles and that they love them. The thing is, unless you’re a journalist who is simply presenting facts and news, your goal isn’t really to appeal to the entire world. You don’t have to have that bland news anchor accent that’s the same in New York, Chicago, Florida and Texas. You’re supposed to stand out, to have the topics people know you’re going to write about, to entertain people. Writing for the Internet, a space that is filled to the brim with writers and bloggers and sassy divas in every corner, you have to get people to notice and want to read you. As you develop a fan base, some people are going to get turned off. You might not even please a majority of people. But stick with what you know, stick with your voice, improve your chops, and your fan base will grow. I promise.