The End of the Study of History

Because Lincoln no longer stands in Park Square, south of Boston Public Garden, the enemies of history cede moral ground in the South. 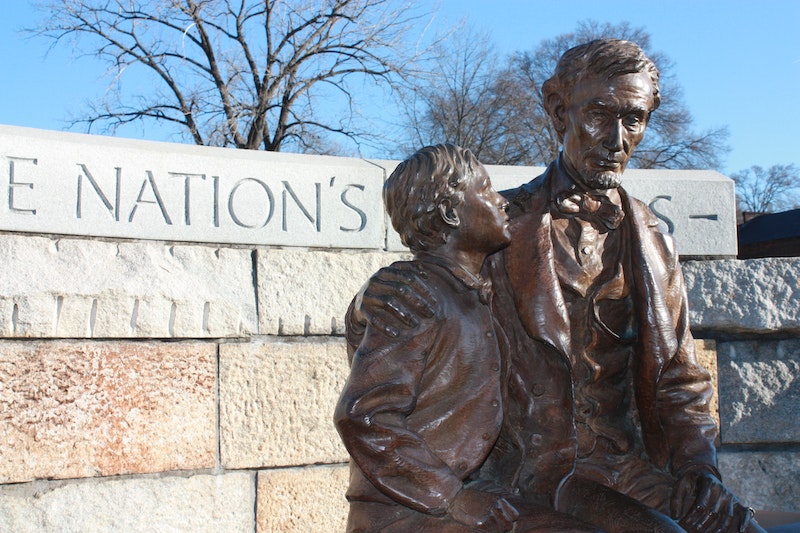 The end of the study of history lies in Richmond, Virginia, where the last statue stands. In this city, the capital of the Commonwealth of Virginia and the former capital of the Confederate States of America, Arthur Ashe stands like a giant while the bronze likeness of a real-life giant sits in silence. In this city, where a posthumous recipient of the Presidential Medal of Freedom stands alone, a presidential martyr to freedom sits next to his youngest son.

The disappearance of history on Monument Avenue in Richmond, and the removal of all the statues facing east, also undermines the meaning of why the Arthur Ashe Monument faces west.

The history of Monument Avenue is meaningless without the distinction of character, of grace versus the markers on Grace Street, of the beauty of one man’s triumph versus the Lost Cause in the City Beautiful style, of the rise of the New South versus the Redeemers’ cry that the Old South shall rise again.

Because of the siege of Richmond, the injustice of street justice is supreme.

Because of a long night of fire, resulting in the burning of a bus and police cars, the politics of violence isn’t unpopular.

Because of the toppling of a statue of Jefferson Davis and the sinking of a statue of Christopher Columbus, the politics of rage is no longer seasonal; for the endless summer of hate is upon us, due to political climate change.

Change of this kind isn’t only anti-democratic, but anti-intellectual.

The historian wields a pen, not a mallet, so as to explain the importance of peoples and places.

Explaining Arthur Ashe’s place on Monument Avenue requires context, because no words are strong enough to express the power to overcome.

No words are sound enough to express the sweetness of Richmond’s native son and the coming of the light.

Blinding the free is no way to enlighten the lost, however.

Free of context, we shall meanly lose the last best hope of earth.