The Cheap and the Bad 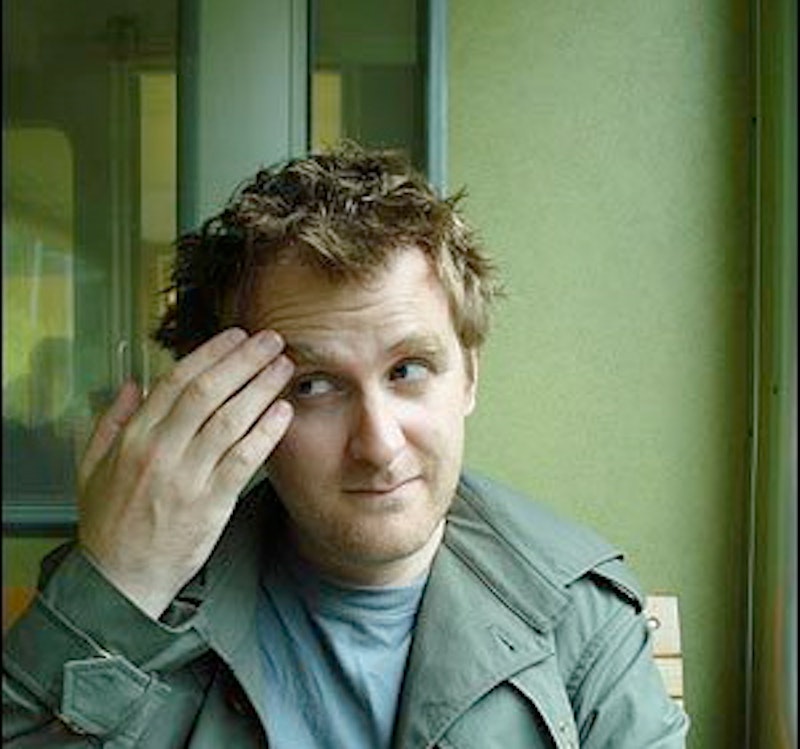 Nick Harkaway’s first novel earned him a £300,000 advance; his father is John le Carré. These circumstances ostensibly do not correspond: Harkaway (a pseudonym) claims that he submitted the manuscript for The Gone-Away World anonymously. The book went to press in 2007; many reviews favored it, and some went so far as to compare Harkaway to Pynchon, Vonnegut and Heller, though not to his famous father.

Harkaway does not possess the talent of Pynchon, Vonnegut and Heller and, even had I commanded that kind of sum, I would not have paid £300,000 for The Gone-Away World, a book I found readable, if infuriating. Gone-Away World radiates the brash surety of a first novel so purely and strongly that it appears undimmed by editing, as if it arrived on bookshelves still warm from Harkaway’s laser printer.

The novel details the adventures of a kung fu-trained, disingenuously self-effacing armchair revolutionary—which in fact also describes its author. The protagonist stumbles through life bouncing off more forceful people (some of them improbably sexual women) until he ends up organizing student political protests at faux-Oxford. This embroils him in the plans of an evil general and eventually sends him to war in Adeh Kattir, a fictional Asian/Middle Eastern country. In Adeh Kattir his government tests the “Go-Away Bomb,” a device that annihilates the “information” in matter, making it disappear, supposedly without fallout. This is false, and it also turns out that every other government in the world has also built Go-Away Bombs, so most of the world gets annihilated, and the rest is covered in “Stuff”—matter without “information” that takes the form of people’s fears or desires when it contacts them. It therefore gives birth to legions of monsters and horrific mutations, most of which Harkaway leaves to our imagination.

So far this sounds like the plot of an ambitious Japanese cartoon. The similarities do not end there. Harkaway appears to be capable of writing an action packed sci-fi romp, but he wants to write literary fiction, and more than that he wants to write great anti-war fiction. He is not able to do this: The book’s awe and horror and pathos aren’t substantial because he cannot craft realistic characters. He overflows with nerdy delight in feats of  badass combat, and because his political views—war is awful, politics are corrupt—reek of undergraduate armchair theorizing.

The book apes the cynicism of vastly better works without contributing anything new. The basic idea is that corporations often drive their constituents to do horrible things. Where haven’t we seen that idea before? Blade Runner debuted in 1982, the novel in which it was based preceded it in 1968, Orwell wrote Nineteen Eighty-Four in 1949, Fritz Lang directed Metropolis in 1927, and Karel Čapek wrote “R.U.R.” in 1921. Marx, who exerts a huge though regrettably shallow influence over Harkaway, wrote Capital in 1867.

One of the major episodes in Gone-Away World revolves around the first-person protagonist’s experiences as a combat medic in a fictional central Asian country torn by a fictional war. The protagonist waxes deeply cynical and jaded about the horrors of war. There is something grotesque about the anti-war sentiments communicated baldly and bathetically by the narrator. On the one hand we have musings on the senselessness and horror of war; on the other we have rhapsodic, worshipful descriptions of how fearsome and alluring the warriors and their weapons are.

For example, the protagonist, injured in a friendly fire incident, meets a beautiful and winsome nurse in the hospital. In a delirium he asks her to marry him; she consequently falls in love with him. The protagonist’s brother Gonzo arranges for a romantic picnic for the nurse and our hero (an 11th hour surprise twist explains the protagonist’s relationship to his brother in a way that more or less makes sense but is entirely unsatisfying on an emotional level). He commandeers a team of Special Forces bravos (Gonzo, too, is in the Special Forces, since everyone in The Gone-Away World has some kind of special skill) and they drive up into the hills to help the hero get laid. Never mind all the rueful teeth-clenching about injured civilians and the horrors of war! It’s time for some fantasy sex!

The next morning Gonzo and his embarrassingly clichéd “badass” team detect a gas attack; they drive pell-mell to a command post, where they come to blows with an incompetent British officer who refuses to warn his men to don protective gear and refuses to evacuate a village full of saintly Asian/Middle Eastern clichés who also, out of their essential love for all people, helped provide a picturesque backdrop against which the protagonist could get laid—here is a merchant from Adeh Kattir:

“Saffron! Yes! We have been saffron men since before the British!” he trumpets. “We were always saffron men. Our children are born with saffron hearts, our mothers sing the weights and measures to send us to sleep!”

Gonzo and the protagonist beat up the officer and attempt to evacuate the village, only to find that Zaher Bey, a “loveable” pirate, has beaten them to the punch; Gonzo feels sad that a cliché even more dashing and sexy than him has taken center stage. This notification comes in the form of a cutesy meta-textual bulletin, but it unfortunately also admits the fact that Harkaway’s characters range from two-dimensional clichés to offensive clichés.

It would be irresponsible to address Harkaway’s book without covering the cutesy issue. Harkaway has never met a nerdy extended metaphor that he didn’t like; he writes like a British children’s book author trying to channel William S. Burroughs, or like a welterweight version of Douglas Adams. He does not know when to stop using commas and start another sentence.

What is really disappointing is that Harkaway is not a bad writer, just one who seems blind to his strengths and weaknesses. Some of the early portions of the book detailing the narrator’s boyhood are quite good (though unfortunately filled with unearned sentiment, particularly when they deal with the narrator’s cutesy, faux-quirky Polish family). The martial arts passages are notably better written than the rest of the book. Some of his wit is mordant. At the level of the sentence he shows promise, though again an editor who attends carefully to the passive voice and to very long sentences would improve things.

Harkaway’s bouncy, smirking rhythm distracts from the fact that he prefers to explain and theorize rather than describe. Characters in The Gone-Away World approach social interaction with the strategic diligence of a freshman sociology major. (A scientist who comes onto the scene about a third of the way through the book explains to his colleagues that he bases his behavior on a mathematically precise understanding of human interaction, and that he seems affable and at ease only because he understands that this is the best way to get everyone to do what he wants.) Harkaway’s shtick is more transparent: The rest of the characters in the book all sound identical. Harkaway writes smirking, writerly, overlong verbal cleverness well, but that is his only trick when it comes to dialog. Harkaway rarely describes a character’s actions without explaining them, which is infuriating during the book’s frequent action scenes, in which a character does something, Harkaway explains it for a full two pages, then we finally get to learn the result.

Harkaway loves to explain, but he relies on a way of explaining things that clearly stems from a few undergraduate courses (or his kung fu lessons):

I bend, touch my front teeth to the door handle. (Vibration in a corridor means footsteps; faint vibration is most easily felt with your teeth against metal; closest metal to reach with your mouth is a door handle; ludicrous, but effective. Don’t believe me? Try it!)

Towards the end of the book he forces Newton’s three laws on the narrative, fitting them into a more or less useless extended metaphor for, again, social interaction. He does the same thing with Frege, and throughout with Marx (Harkaway takes the bold position that corporations are bad and make people do unpleasant things that contribute to inequality).

He presents these theories with such smug certainty and ownership that one might almost forget that they all have many years of history behind them, and that they have changed and been challenged repeatedly in the interim. If they served his narrative precisely, or if he touched them lightly to explain a point and moved on, then I would not object; but he hangs them all over his story like heavy and ungainly Christmas ornaments.

Despite its many, many aesthetic and moral faults The Gone-Away World is sort of entertaining. I find the fact that other critics have read it as ambitious and profound utterly baffling, since I found it to be likely the most cynical and empty book I have ever read. If Harkaway had written The Gone-Away World without the trappings of infuriatingly fake profundity and without trying to come off as a grim, battle-scarred veteran who denounces war for its essential absurdity, then it might have made for a pleasant action novel. As it is, it fails as a novel of ideas, and it calls out for an editor brave enough to tell Harkaway that he is not as cute, funny and smart as he would like to think.