It started with a phone call. 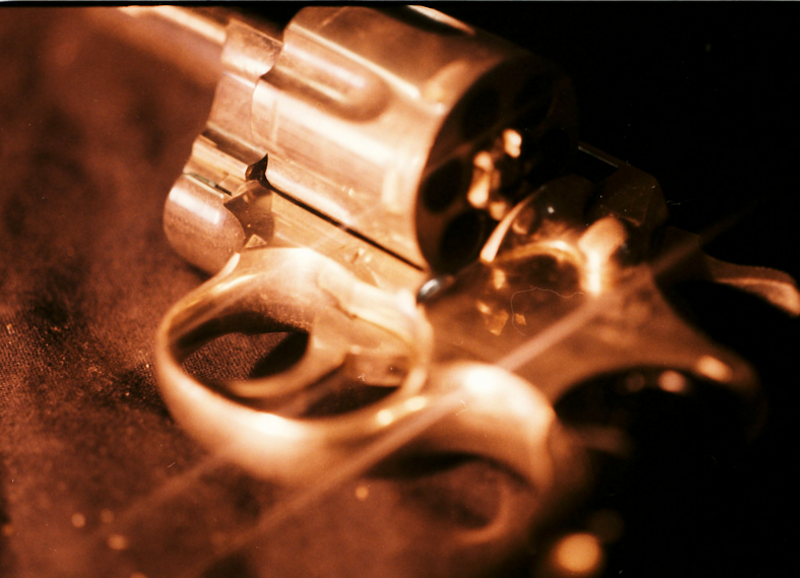 Had he answered his phone when I called an hour before, it might’ve been me instead. Or maybe he wouldn’t have been there. A missed phone call may have stopped a bullet from piercing my face and three more from scorching through my hand, arm, and shoulder like they did his.

Or maybe the missed phone call was partially responsible for them going into him, from a serendipitous standpoint anyhow. He’s taller than I am, so perhaps the bullet that miraculously only grazed his face, would’ve caught me in the chest. A missed phone call may have been partially responsible for the death of a home invader. Had it been me sitting on the floor, leaning against the couch that concealed a 12-gauge shotgun under it, as we played Playstation 3 instead of him sitting there, the man who kicked the door in would probably still be alive. But someone else may not be. Because I wouldn’t have known there was a shotgun under the couch, and even if I had, no way I would’ve been quick enough or brave enough at the age of 18 to do what he did. To pull it from under the couch and kill an intruder who entered the home shooting, unloading bullets rapidly into my friend.

It’s been said the flap of a butterfly’s wings can cause a tornado halfway across the world. I never understood or believed in such a theory until that fateful day. I never got it, until then. Until a missed phone call changed the course of at least four people’s lives forever. Those four lives whose courses were changed, changed the courses of countless others both on that day and after.

One went on to leave behind a grieving mother who (presumably) loved him, a daughter without a father and another mother to raise that daughter on her own. One killed a man he knew, a person he once called a friend , while heroically saving the life of another. One went on to consider him not only a brother but also a guardian angel after that day. The day the tornado hit that home due to the simplest and softest flap of a butterfly’s wings years before. One was struck with a total of four bullets, one to the face, and managed to live to tell about it, by the grace of God. A God who if he didn’t believe in before that day, he had no choice but to after.

One went on to hear about the shots that were fired an hour later. He was told by a friend who he ran into by chance at the corner of both of their streets. She was on her way to get milk and he was on his way to a house that was now a crime scene. Before he ran into her, he was pissed off because a friend wasn’t answering the phone so he was going to just show up at his house and give him a playful earful about it.

One went on to write this article you’re reading now, thanks to the flap of a butterfly’s wings, a missed phone call, and a power greater than himself.

The most random of events, ones we deem as insignificant and arbitrary, have the potential to alter lives. The simplest of decisions can lead to the beginning of something brilliant and beautiful or the saddest and most tragic of endings. Never underestimate the power of the flap of a butterfly’s wings.