Some of NYC’s most beautiful architecture. 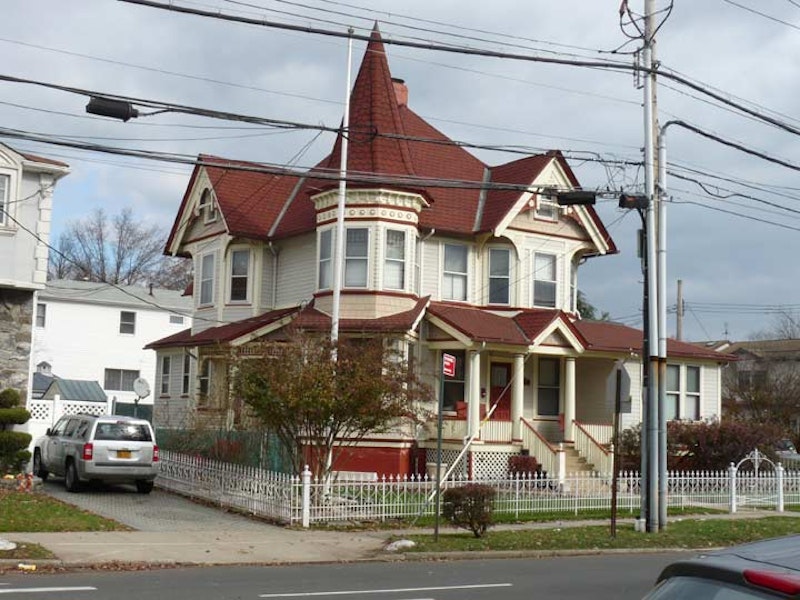 In eastern Staten Island, there are a few neighborhoods lined with suburban, one- and two-family units with lawns, populated by doctors and health professionals working at Staten Island University Hospital and, likely, by cops and firemen who serve elsewhere in the five boroughs. Amidst these normal-looking dwellings and streetscapes is a creek left over from when Staten Island was completely wild, as well as marshlands too unstable to build on, and even territories bordering on Lower New York Bay so hurricane- and storm-ravaged that the city is returning them to nature, allowing the sea grasses, gulls and wild turkeys the run of the place. I took a recent walk through these realms.

Oakwood Heights is a mid-island neighborhood accessible from the Staten Island Railway station of the same name. To the west of it is the Staten Island Greenbelt, once proposed as an expressway by Robert Moses. The city got as far as condemning properties and clearing out a pathway, but the city wound up not building it at all, and it’s now a corridor park. Beyond it lies Richmondtown Restoration as well as the Frederick Douglass Memorial Park on Amboy Rd. The cemetery opened in 1935 and was at first used solely by African-Americans in the segregation era. Today, it’s open to all colors, nationalities and faiths.

Instead, I headed east down Guyon Ave. in the heart of Oakwood Heights, which is not a landmarked area though parts of it should be—you can see buildings like the 1901 gingerbread house Victorian at 309 Guyon, shown at the top. 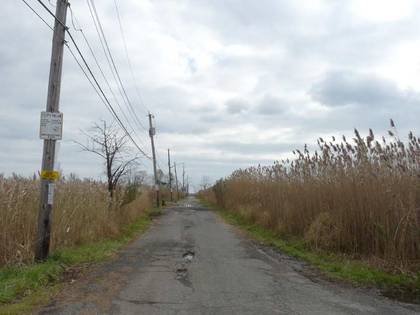 East of Mill Rd., though, the scene changes drastically, as mostly empty grasslands take over. A few streets like Kissam Ave., Fox La., Foxbeach Ave. (Emiel Fox, the inventor of the Fox Police Lock, built a number of bungalows in Oakwood Beach in the early-20th Century) trail off down to the bay. Once thickly populated by one-story dwellings and bungalows, these streets are now desolate, flooded, and windswept, with just a few property owners still hanging tough. What happened? As you may have guessed, Tropical Storm Sandy, just shy of a hurricane, blew through in late October 2012 and severely damaged waterfront property all over the East Coast, and these modest dwellings felt her full wrath. The City agreed to buy out the property owners and demolish the houses as part of a “managed retreat” with the region mostly returning to wetlands. 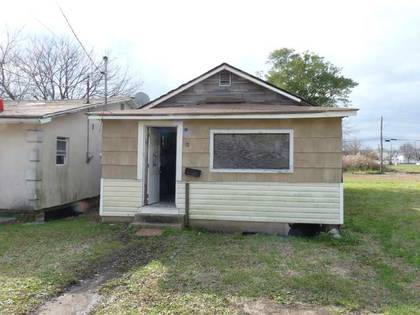 Kissam Ave. is now a mile-long dead end, with just two bungalows remaining. Since the door was open, I entered 10 Kissam and found it either amid demolition or rebuilding. The electric light inside the door was turned on, but I didn’t explore the place further for fear of surprising crack den participants. 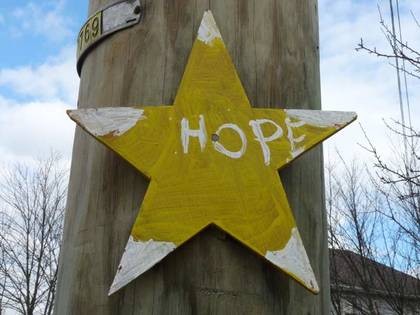 In New Dorp Beach, and other areas like the Rockaway Peninsula, can be spotted several die-cut wood stars bearing hopeful messages. These can also be seen on the side streets of Rockaway Park, way down in southern Queens. What common element unites these two far-flung regions? Sandy.

They are the work of an organization called Stars of Hope, initiated after an EF-5 tornado leveled Greensburg, Kansas in May 2007. Stars of Hope, supported by donations, produces thousands of plain wood stars, which are then decorated by residents (especially children) of areas and neighborhoods devastated by acts of God and man, attaching them to public utility poles to help communities recover in spirit.

North of Oakwood Brach and New Dorp Beach is the vast Miller Field, now part of the Gateway National Recreation area, formerly an active military airfield. Once part of the Vanderbilt estate (railroad czar Cornelius “Commodore” Vanderbilt is the clan’s most prominent member, and many Vanderbilts are interred in nearby Moravian Cemetery) the property was sold to the federal government in 1919, which considered it prime territory for an airfield given the even terrain. When completed, it was named for Captain James Miller, the first American aviator killed in action during World War I.

Commercial aviators took off here to cover America’s Cup races in 1920; Admiral Byrd tested a plane he later used to fly to Antarctica in 1928; war games were staged from Miller during World War II, and it served as an Air Coast Defense station with seaward-facing armaments and observation towers. Civil Air Patrol, National Guard and Army Reserve troops were stationed at Miller. Tragically, two commercial aircraft collided, with no survivors, on a snowy, foggy day over Miller Field in December 1960. Miller Field ceased operations in 1969 and most of its various structures have been razed, with the exception of several houses on the northwest end that formerly housed officers and their families, but are now occupied by National Parks Service workers. 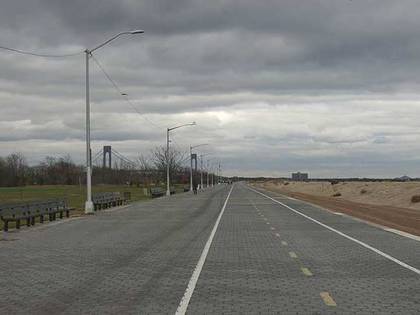 Though the Franklin D. Roosevelt Boardwalk ends just south of Seaview Ave., it remains one of NYC’s intact boardwalks, as Parks seems set on replacing Coney Island’s iconic boardwalk with a faux version made of concrete, while the Rockaway Beach boardwalk was destroyed by Sandy and Parks built a new one made of concrete.

Even though the boardwalk doesn’t make it this far south (Capodanno Blvd. at Graham Boulevard) the pedestrian and bike path does; it makes it all the way to New Dorp La., skimming the edge of Miller Field. 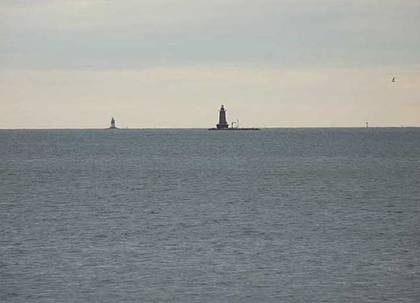 Straining an 18x zoom on my Panasonic Lumix, I was able to capture the two lighthouses of Lower Bay: Romer Shoal (left) and West Bank (right). Southeast of West Bank Light and north of the tip of Sandy Hook is 54-foot tall Romer Shoal Light, raised in 1898. The lighthouse, and the shoals in Lower Bay, were named for Colonel Wolfgang William Romer, a British military engineer (of German birth) who sounded the waters of New York Bay in 1700 on order of the governor of New York. There has been a day beacon, and later, a lighthouse, on this site since 1838. Along with other lighthouses of the Lower Bay, it kept close watch for enemy vessels during World Wars I and II. A shoal is a sandbar, where the sandy bottom comes close to the surface. Lighthouses warn vessels away from them.

The West Bank Light, raised in 1901, is located in Lower NY Bay approximately equidistant from Staten Island and the west end of the Rockaway peninsula. It’s 55 feet in height, stands on a J-shaped rock jetty, and works in tandem with the land-bound Staten Island Lighthouse near Richmondtown.

Lighthouse life is not necessarily quiet. Generators for the lights and sound equipment hum all day and night. Then there are the storms. West Bank Light was finally automated in the early 1980s. Unfortunately, another lighthouse in Raritan Bay, the Old Orchard, was destroyed by Sandy. 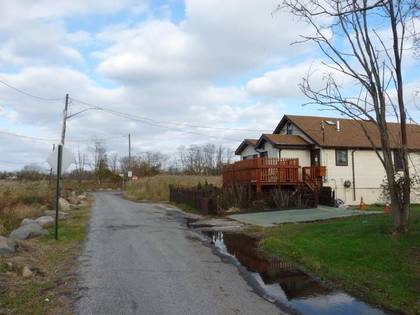 Making my way through the New Creek Bluebelt, recently reconstructed as part of a stormwater management facility, I found a one-block stretch of Patterson Ave. The avenue exists only because #640 Patterson Ave. sits on it. The house is surrounded by marshes and phragmite reeds. Patterson Ave. is paved and is lit by two street lamps, attached to telephone poles. Though no doubt the city would like to buy out surviving homes on routes like Graham Blvd., Jefferson Ave. and Patterson, demolish them, and make the area a complete wetland, some owners are reluctant to move out. Indeed, 640 Patterson has had a new addition since I was last here in 2014. 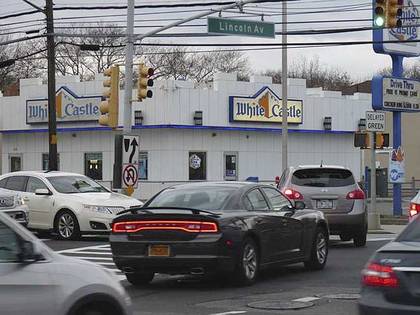 Hylan Blvd. was laid out in the 1920s as Southside Blvd., but was quickly named for NYC mayor from 1919-1925, John Hylan, who was defeated for reelection in 1924 by Jimmy Walker. It’s Staten Island’s busiest local traffic route and runs from Rosebank to Tottenville.

Following his mayoralty, his successor “Beau James,” whom Hylan had criticized, appointed him to Queens Children’s Court. When journalist Alva Johnston asked Walker why he would appoint a rival, he quipped that it was so “the children now can be tried by their peer.” 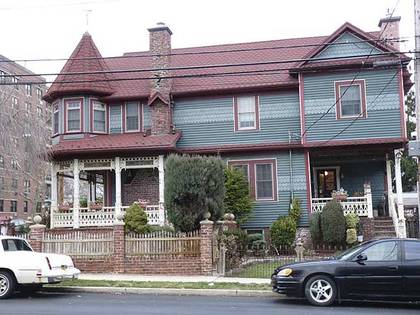 The magnificent building above, at Lincoln Ave. and Edison St., was constructed in Victorian “stick style” (thin pieces of wood are used in the detailing) about 1890. The years 1885-1915 produced NYC’s most beautiful architecture, chockablock full of ornamentation and detailing. I don’t think a building needs a lot of detailing to be attractive—Frank Lloyd Wright is my favorite architect, and his work is stylish without being overly busy. 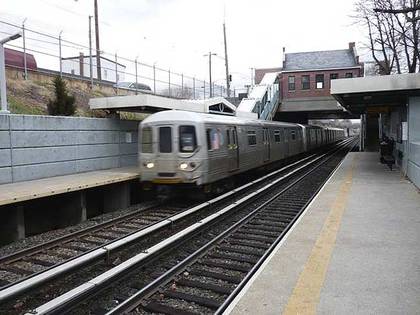 Time to think about the journey back. I’m in Grant City in central Staten Island. This part of the island was settled before the Civil War, and after the war ended in 1865 the small town was renamed for General Ulysses S. Grant. Several other neighborhood streets also bear names connected to the war—Abraham Lincoln; U.S. Grant’s first Vice-President, Schuyler Colfax; John C. Frémont, the first Republican Party Presidential candidate; and journalism giant Horace Greeley.

The Grant City Staten Island Railway station has had a neat brick headhouse since the railroad was placed in an open cut in 1965, and still has a window from which tickets were dispensed. After 1985 you simply purchased your ticket from the conductor.

This changed in 1997 when MetroCard fare system became universal. Now, fare is collected only at St. George (with Tompkinsville added a couple of years ago to beat the fare beaters). Most Staten Islanders who use SIRT take it to the ferry terminal and back.

When I first began exploring in Staten Island in the early-1970s, the R-44 units employed on the line were new. Now, with the cars breaking the 40-year mark (despite recent renovations that have replaced the orange and yellow seats with robins’ egg blue) the cars are in line for replacement.