Some Form of Justice

We are sitting opposite the clinic room. 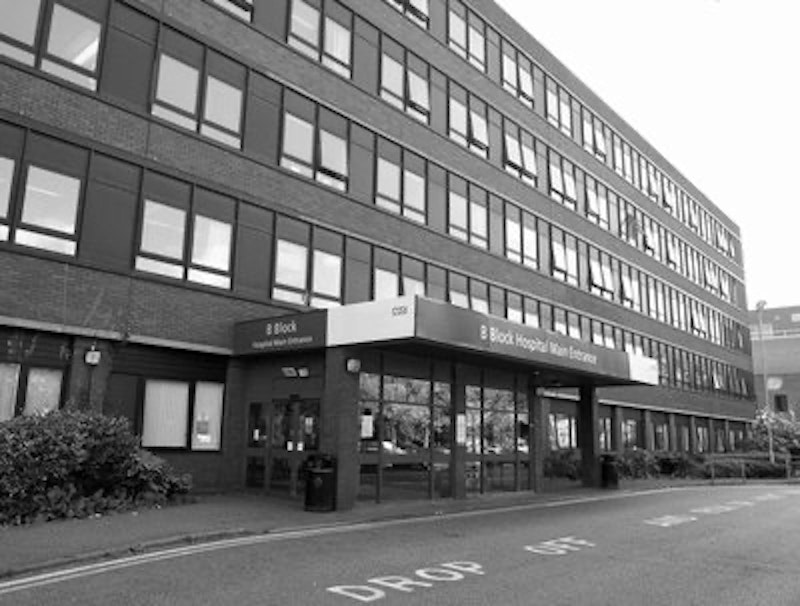 A mere 14 hours after I checked out of the B&B in Thornton Heath (covered in ravenous bed bug bites) I was in the back of a police van. I’d been given the choice by the four PCs who turned up at Sean's (not his real name): "You can go voluntarily, or you can be sectioned." Great! I chose voluntarily, and made sure I didn't rap any NWA classics in the cage.

"When you're in the police you can do anything!" I overheard a WPC say, and I'm inclined to agree. A couple of days before I’d emailed my editor at Splice Today with what I thought was an urgent article about staff abuses on Norman Ward, Green Parks House. He said it "needed more meat." Laurie Penny, in her recent bestseller Bitch Doctrine (or it could’ve been Grayson Perry’ bestseller The Descent of Man) endorsed the mantra "objectivity is male subjectivity." I’ve blocked them both on Twitter out of exasperation. A token gesture.

The girl I’d written about is no longer on the ward, and the staff is not legally allowed to tell me where she’s been taken. Both my phone and email have been hacked and because I left my devices at Sean's flat, I’m writing this by hand. I won’t name the girl who alleges staff nurses on Norman Ward did not assault her, nor will I name the nurses. I’ll call her Jenny. Like many patients I’ve encountered, Jenny is dyslexic. "My parents told me I was lazy," she told me. Despite her disadvantage, she managed to get 12 B's at G.C.S.E before dropping out of a L3 science course and a nursing degree due to mental illness.

She drifted into a job at McDonald's, where she worked for a year, and subsequently worked long shifts (up to 12 hours) at a Salvation Army charity shop. Again, like many patients, Jenny was a victim of child sex abuse. She alleges she was first raped at age three until 14, when she was passed to another pedophile and raped again. At 17 she entered into an abusive relationship with an older man, and was arrested for Common Assault when his bullying manner made her see red. Upon arrest she was found in possession of a small quantity of cannabis. No charges were brought. Like many rape victims, she became promiscuous, and had 10 or 11 sexual partners in a year. She remained celibate for two years before finding a more stable boyfriend (a patient currently on the ward).

Before she was put in touch with Mental Health professionals, Jenny survived six suicide attempts. She self-harmed from the age of 12. She sat in a bath of bleach. She carved her arms and legs with a razor blade. When I first met her a few weeks ago, she could just walk without a wheelchair after hurling herself from a six-story building. Jenny has a diagnosis of Borderline Personality Disorder, psychosis, depression and anxiety. She alleges she was manhandled by Norman Ward staff, restrained in a state of undress by male nurses, and on her previous admission was forcibly sedated 28 times. I can’t say for certain whether her allegations are true, but CCHR, Scientology's anti-psychiatry organization has met to discuss her case.

"It's not supposed to be a prison," Jenny told me, "but that's exactly what it is." I expressed my concerns to one of the nurses. "We want all our patients calm," she sighed. "You know, because of budget cuts we can't afford to offer any group therapy. And be careful when you talk to the other patients. Everyone is here for their own reasons."

"My 15-year-old psychiatric file would make for interesting reading," I replied. "Oh," she giggled, "They'd never let you read the full version!" As the Lorazepam kicked in, the same nurse took me outside for a cigarette. "You're better off here," she told me. "You're homeless, so I know it's frustrating and your problems are situational."

"I'm doing my best to remain objective," I sighed, exhaling smoke. "At least you have food and a bed, Andrew." After my fag break, I noticed a new face on the ward. Seemed calm, seemed rational. "Alright mate?" I said. "Why are you here?"

"I want to kill people," he smiled. I thanked him for his honesty.

Several days later, my phone was hacked while I was in Thornton Heath and I have no idea how long my data will last. They discharged the potential murderer yesterday. He told me he had a black belt in Mixed Martial Arts.

Jenny returned to the ward yesterday and is safe, if shaken. She’s just come back from smoking an illegal cigarette out of her window. "I'm so relieved you aren't mentioning my real name," she says. Jenny has a scar above her left eye that resembles a spider web. "I just want some form of justice," she says, standing up with difficulty to take her lunchtime meds.

We are sitting opposite the clinic room. Jenny is prescribed 20 mg of Omeprazole, 20 mg of Amitriptyline, 500 mg of Gabapentin, 400 mg of Ibuprofen, 1 g of Paracetamol, 7.5 mg of Senna, 20 mg of Oxycodone, 7.5 mg of Zopiclone, 50 mg of Promethazine, and 0.5 mg of Clonazepam. Her medication has not been reviewed since her suicide leap in August.

I told her I’d eventually order more copies of SMOKING IS COOL and give her a signed copy. Psychiatric patients rarely have debit cards, so they can’t purchase from Amazon. Earlier today I told her how to make spaghetti Bolognese. Like many patients (myself included) basics like cooking and cleaning have never been learned. Despite her dyslexia, it’s evident she’s highly intelligent. She has brought her journal to show me her written documentation of the alleged staff abuses she has been the victim of. She said:

"The communication between teams has been appalling. It seems like each team that I am under has no clue what's going on with other teams. My complaints and my views haven't been heard."