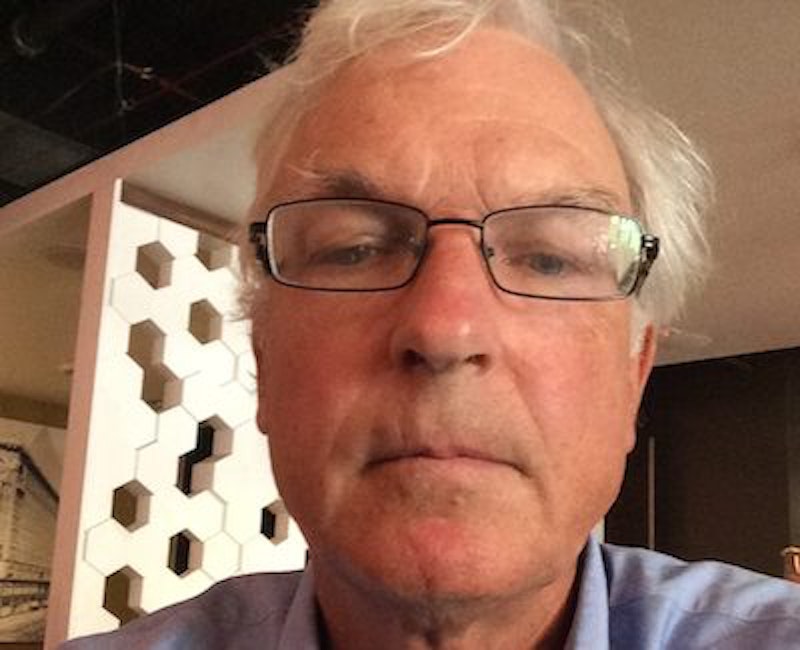 This tweet below from the wonderful policy sage Scott McConnell—one of the most prominent of the first-rate paleocon “White Creeps” (I use the term in the affectionate sense, embracing it) to whom I wrote an encomium a couple of weeks ago—is getting some “pushback” from the defenders of the Kiev Junta fascists.

There’s lots of “snark” in the communications of these worshippers of the thugs who run Ukraine. Their responses to McConnell are predicated on the false assumption that the Ukrainian national independence movement is real and organic, something that Ukrainians support. It’s not, of course. As paleocon super-experts have scientifically proven, Ukrainians overwhelmingly desire, and have always overwhelmingly desired, the most abject submission to the Kremlin. Any indication to the contrary is the vicious work of neo-conservatives and liberal internationalists operating in their metropolitan cabals.

One anti-McConnell commenter on Twitter facetiously asks McConnell how it was that neoconservatives and the CIA managed to mass-hypnotize fully 35 million Ukrainian people into revolting against their God-ordained masters in Moscow during the Maidan protests of 2014. “Is that even possible? Maybe the Ukrainians themselves had something to do with the Maidan. Maybe?

Another joker discusses the baked goods that neocon icon Victoria Nuland infamously distributed to the Maidan Nazi rioters during her stroll through the “astroturfed” CIA-sponsored Kiev protest site in 2014. This comedian sarcastically asks McConnell if these were “magic coup-inducing cookies,” which compelled the Little Russian animals to spurn, like brainwashed automatons, the Just Authority of the Kremlin.

Such is humor among the Twitter fans of anti-Russian elite homo-globalism.

Well? What if the neo-conservatives and the CIA did mass hypnotize 35 million Ukrainians into turning on Russia? What if Nuland’s cookies were blackly magical? What if neo-conservative and liberal interventionist women like Nuland and Anne Applebaum actually did in 2014 cast a mass spell on the Ukrainians, supernaturally compelling their disobedience?

Evil, after all, exists. Dark forces exist. Witchcraft and sorcery exist. This, we traditionalist Christians know. And if these things exist, who should be more adept at putting them to invidious work then the conjurers and falsifiers and unholy devil dams of anti-Russian Zio-globalism?

I ask the sneerers at McConnell: Do you deny the corruptions, the insidious influences, of THE SHTETL WITCH?

A few notes about the Covington Christian incident.

A number of traditional-conservative commentators are reading this ugly incident as yet another step towards the inevitable imposition in the United States of a progressive-totalitarian regime, enforced by the tech companies, which have surveillant, disciplinary, and consensus-generating capabilities that the totalitarian regimes of the 20th century couldn’t have dreamed of in 1000 years.

There was a time when I would’ve shared this pessimistic interpretation of the state of affairs. But time and events have changed me, and these days I’m uncertain that it’s correct. The 2008 crisis cast the neo-liberal regime of finance capital into disrepute. The EU looks finished: It’s all over for it save for what could be a long period of considerable shouting, not to mention violence. Right-wing, or populist, regimes are rising all over the West. The elite press in the West seems to suffer at least one delegitimizing self-inflicted disaster per week. The battle against our overweening neo-liberal/progressive masters has been joined, whereas for a generation they had the field to themselves.

I think the time has at last come for tempered optimism. We paleoconservatives, traditionalist conservatives, religious conservatives—call us what you will—are at last feeling certain winds at our backs. It seems to me now to be at least as likely that we should reclaim our culture for traditionalist principles as that a radical progressivist regime should take power and consign its enemies to concentration camps in the northerly sections of the Great Plains states.

Given my serious health problems, I surprise myself with my optimism, but there it is. My brethren: We might be winning! There may well be more victories ahead! Be of good cheer!