Sand in the Mailman

RQ dispatches a decoy, but could the mailman have been human after all? 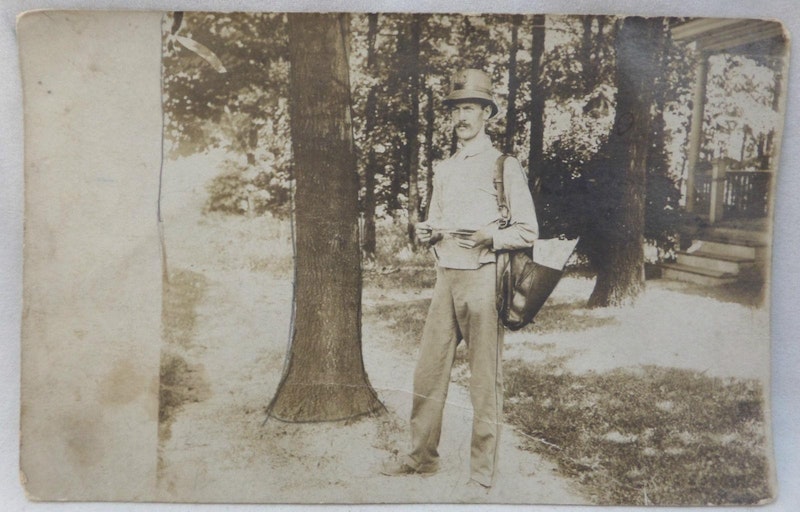 I think I got gout from eating too much Minion meat. I guess they’re yellow for a reason. Before you say anything, no I haven’t seen The Favourite this year. I saw it seven times in 2018 but that doesn’t count. I’m not influenced by films I see, I’m not a hypochondriac or gullible in any way. I’m a bird of discernment. I can spot a faker or a mailer from a mile away. Speaking of mail, I was recognized in public (my driveway) earlier this week. The mailman—curiously wearing that weird little Boy Scout outfit with the short shorts and the blue goofy hat—power-walked up to me without any letters or packages in his hands. Actually, the first thing he did was extend his hand in what I can only assume was an ill-advised effort to initiate a handshake, not remembering or realizing at all that I have no hands. I’m a bird. I have wings. And claws. That’s what I used to “shake” his hand.

So then I’m digging a ditch in the backyard, doing my best to disassemble his corpse before Monica came back home. She hasn’t been back in over a week… I heard about something she may have said about me on Twitter, but I don’t pay attention to electronics. Anyway, she left me again. She’ll be back, but for now I’m listening to Beck. Sea Change. “Lost Cause.” So much pain in that sweet little Scientologist’s voice. I was singing it to myself as I took the mailman’s body apart, separating the bone from the sinew and gristle: these things take time. Not since my days as a volunteer firefighter in Ventura, California have I seen so much sand and blood. Kind of weird how much sand was in this guy’s organs. Maybe he was a fake mailman, or some kind of advanced scarecrow sent by my bastard cousin Bennington to scare me. Well, mission accomplished Benny: I destroyed your five-figure monstrosity with the ease of opening a letter. And I still haven’t gotten any condolences from you or anyone else over the collapse of my marriage. Don’t think I’m not taking notes.

I’ve changed some details of this “incident” to protect myself and cause any further distress or grief with the family of the… person I murdered. Maybe I do need to get my head checked and hackle greased. It was weird that his body was filled with sand, but he had a driver’s license, and did have that very distinct porcine taste that all human flesh has (don’t ask me how I know that—you can probably guess). I didn’t go ham on his meat, but I did sample, and honestly I think it’s made my gout go away. Maybe he was a guardian angel sent by my better half to prove my mettle, see if I can accomplish something difficult. But we’ve both done this sort of thing before, what am I missing? He didn’t even have that much money on him… jewelry, though. He had lots of jewelry inside of him, which was surprising. As you can see, many details don’t add up, but I’m confident in speaking my truth and airing these facts mostly un-adulterated for all the world to read. Why not? We all hate the Postal Service. Even if he was a decoy, let’s give RooRoo a hand and a pat on the hackle for fighting American bureaucracy one government employee at a time. Aren’t I fabulous? Who needs a wife anyway… not me… not for now…

I don’t know how to turn the stove off.

Hope someone sees this in time.

Drank a quart of mailman blood, dare me to drive?

See you on the highway…