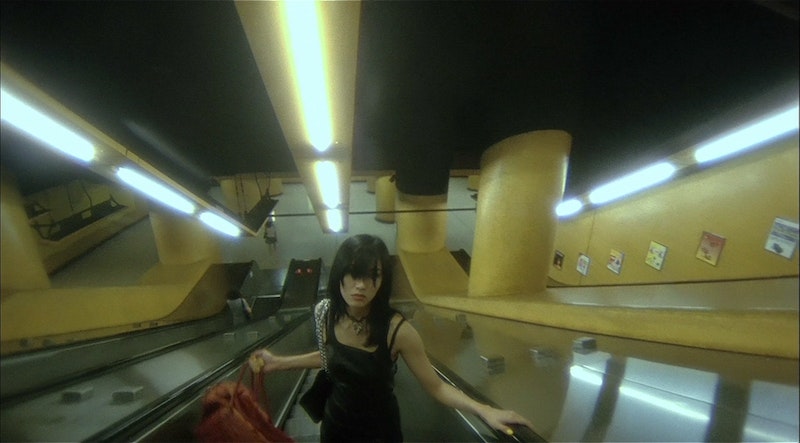 “C*vid is over,” a @ppigg tweet from last week I can’t find anymore, with a picture of a park full of people, half masked, half not; some drinking, some eating; no “social distancing,” a phrase I look forward to locking back into quotation marks once it becomes a relic of the last year and a half and the next… how many? Who knows, but I can’t say I’m looking forward to taking off the mask. I don’t feel I’ve become “socially inept” like certain op-ed writers and overeducated, underpaid professionals—actually the mask has made me stronger. I realize I’m in a minority of people who prefer the anonymity of “sunglasses for your face” that the last year has provided, especially in public spaces. Working with a mask on led to the first year in my life where I never got seriously sick. That’s reason enough to keep wearing it in public—that this is a sensitive political issue is beyond me, but there is, I admit, an enormous amount of material we have to deal with here.

That dreaded “we”—the coronavirus pandemic is something all of us have to deal with.

Something for the freaks: much too much palaver was made about Wong Kar-wai “changing” his films in the restoration process: The World of Wong Kar-wai features only two significantly altered transfers: 2000’s In the Mood for Love, once warm and red, is now more muted and green. 1995’s Fallen Angels is another story: this is an example of something arcane and technical to most people (including regular moviegoers) that effects the way everyone sees it, whether they know what it is or not, they feel it, or receive it, in its presentation. Fallen Angels was released in 1:85, and has now been restored in 2:35, its original intended aspect ratio.

Despite Wong and Christopher Doyle’s wishes and intentions, I can’t say that Fallen Angels has become less consuming, less overwhelming, less wildly intoxicating and crazy—simply because it’s been “stretched out,” to be crude. It feels silly to talk about aspect ratios, but consider the obvious analogy of a painting with its right and left thirds obscured, or its entire frame elongated and distorted. This happens in digital images and videos all the time and it’s become as invisible as the once “jarring” jump cut. Nobody sees these things unless they’re looking for them, but they feel them still. In widescreen, Fallen Angels wasn’t as consuming as it once was, but then again I’m discovering in re-watching movies regularly how faulty my memory really is. Maybe it’s a question of quantity and volume, but I can’t rely on movie specifics from an otherwise steel trap of a memory, at least for dates. (And grudges—don’t ever talk to me about Rooster Quibbits.)

“Are you getting vaccinated? Have you been vaxxxed? Yet??? FAKE GOVERNMENT!” His text messages have been particularly, to use an en vogue word, “unhinged” lately. I’m not sure which bird it is, but I told them yes, three days ago I got my first shot. Going to the Convention Center in Baltimore to get vaccinated felt like going through airport security, and only took a little bit longer: just under two hours by my count, and when my dad and I got there around 8:15 in the morning last Friday, there was a line wrapped around three corners. But it moved swiftly, and once inside everyone was nice, everything was quiet, no one was misbehaving or reacting badly or missing a beat with the process—thank God these health care workers aren’t like TSA brutes.

As you walk in, there are laminated signs affixed all along the way reading “NO PHOTOGRAPHY OR VIDEO RECORDING ALLOWED INSIDE.” I wasn’t on the lookout for offenders, never a NARC, but was put off by how many pictures I saw later that day from the same waiting area I was in that morning. April 9 was the first day COVID-19 vaccinations became open to every willing adult, and some people treated it like a concert or a carnival. How perturbed can you be? “Offended” is too strong a word—this is a disastrous situation and people are, in general, very skittish and on edge. I don’t think posting pictures of “I VOTED” stickers is a solid comparison, if only because vaccination rates aren’t varying much within states, while there are non-voters everywhere.

Axios reported: “Red states in the South are administering the lowest portion of the vaccine doses that they receive from the federal government—a sign of low demand, slow public health systems, or both.” From the same article, about vaccinations in America “hitting a wall”: “[In the South], 39% have already gotten at least one dose of the vaccine, 16% say they'll get it as soon as possible, and 15% said they want to ‘wait and see.’”

It’d be nice to wait and see, but this situation’s success depends on the rapid administration of experimental vaccines on people for a virus that didn’t exist before Joker came out. A media event from another time, or to be repeated, I hope: when will the movies make the news again without any bloodshed?