Progress Is The Enemy of Masculinity

An interview with Joel Stein, the author of Man Made: A Stupid Quest For Masculinity. 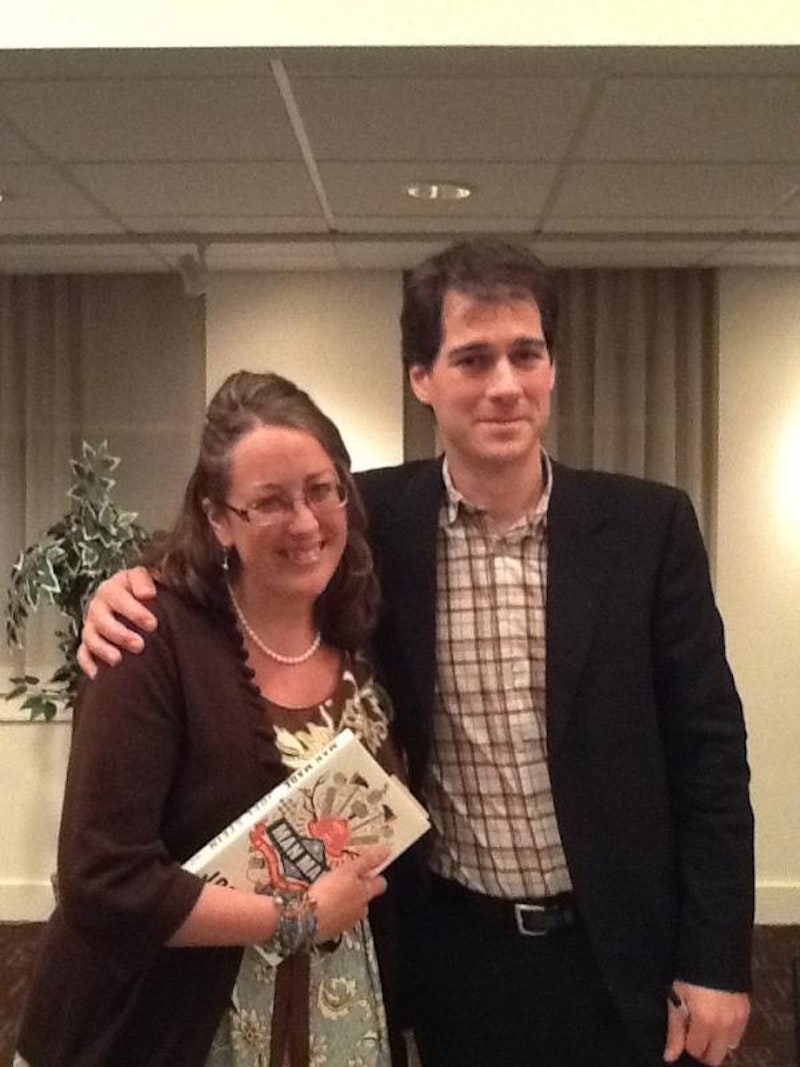 I thought I was going to hate this book.

Although I am a dedicated fan of Joel Stein’s weekly humor column in Time magazine*, I was concerned his affinity for jokes bordering on sexism combined with a self-congratulatory attitude bordering on egomania would result in a literary pile of narcissistic prickery.

Stein’s new book Man Made: A Stupid Quest for Masculinity is a collection of humor essays resulting from Stein’s efforts to become manlier. When he saw the sonogram revealing his son’s penis, he decided to embark on a Nut-up Narnia journey of outdoor living, home improvement, firehouse brotherhood ritual, military boot camp and other chest-beating activities in order to assure future testosterone bonding with his boy. Were there still cavemen, Stein would have spent two days learning to make wheels, fire, and cave drawings (at least on his iPhone).

Stein may be (by his own admission in the book) a pussy, but he’s not a prick. In fact, the whole “egomania” thing isn’t even happening; it’s a cover for the insecurity all writers face, and it’s what makes him one of the most talented humorists of our time (the era, not the magazine).

Last week he visited Washington, DC for a book signing, and I sat down with him over mediocre (yet reminiscent of ending scene in A Christmas Story) Chinese food in Chinatown.

Splice Today: Your book is called Man Made, yet like my girly self, as a kid you owned an Easy Bake Oven, sticker albums, vinyl show tune albums, Free to Be You and Me, and no Matchbox cars. So the question is this: which Barbie was your favorite, and are your periods regular?

Joel Stein: I never owned a Barbie, but I can still have a favorite? Malibu Barbie is my favorite. She’s the hottest. Is that shallow? She had everything—the car, the pink… and it worked for her. Maybe it doesn’t work for the Bratz, but she could pull that look off. I’d say I have irregular periods because I don’t get moody. I heard some guys are moody, and I don’t have that. I don’t know when my moodiness is going to strike.

ST: You are in many episodes of I Love the 80s. What’s your favorite 80s band, other than Bon Jovi (mandatory since we are both from New Jersey)?

ST: Since I knew we were going to be walking a few blocks in downtown DC, I brought a badass switchblade knife. To protect you. So what type of math equation did you use for the book to come up with you only being 79 percent pussy?

ST: (Has no idea what the fuck he is talking about because she does not do math. She thought maybe he just asked her to ReTweet something on Twitter…)

In the book you had an overnight stay with the Boy Scouts. As a Girl Scout leader, I’m curious: would it have been more or less creepy if you spent the night with Girl Scouts, and do you think each organization should be willing to let the opposite gender join if a kid desired to do so?

JS: I think it should be like it is in Europe where it’s just called Scouting and everyone joins regardless of gender because it makes more sense. Really, men should be kept out of as many creepy situations as possible. Every situation with a man is a potentially creepy situation. Men should come with fences around them at all times. You want to contain men about 99 percent of the time.

ST: What's your favorite celebrity interview of all time?

JS: Jason Bateman. He just let me come in a full day of errands. It was a great way to see his life. Which was cool since it was Jason Bateman's life.

ST: Other than Judy Blume, who's your favorite author/writer? Did you read Wifey and Forever or did you stop at Blubber and Are You There God It's Me Margaret?

ST: Who are your heroes in journalism/comedy?

ST: Your book is about how you're a pansy ass pussy and you want to try to pretend to be manlier because you have a son now. Wouldn't it just be easier to come out of the closet? Because you could seriously be the king of the gays.

JS: I would do so much better if I were gay. Those guys often like me. And those guys like to have sex a lot. I just wish guys weren't so repulsive. I need to get over that one thing and I'm set.

JS: Not really. I should read it. I've heard great things. Mostly on Twitter. By people I asked to write good things about it.

Yes, I recommend this book. It’s as funny as Joel Stein and Stein’s Time column and if you have a man in your life (husband, dad, gay best friend, brother, pool boy) who functions at any given level of manliness, you should get it for him for Father’s Day. Or not for Father’s Day, but just because it’s a great read. Hell, read it even if you’re a girl. It’s an escape and a fun insight into what men think.

Or at least what pussies think.

*I will even admit I turn to the back page first and yes, I could get it on my iPad but yes, I still read it in print, because I kick it old school.