Or is it all water under the bridge? 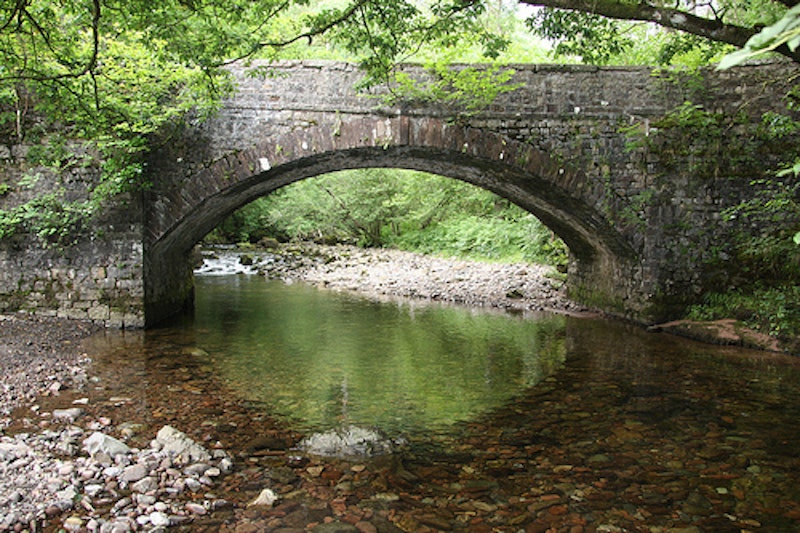 This world shrinks a bit more every day. People tumble into and out of our lives constantly; part of growing up is accepting the fact that after a certain point, we won’t see most of them again.

I once knew a punk girl—an imposing, brash, shouting-down-her-own-mom punk girl—and we were friends of a fashion, for a brief moment in time. One of the punk girl’s friends threw a party that another guy and I hung with were invited to. We were like most guys hovering in that neither land between 14 and 17: perpetually crushing, forever on the prowl for something resembling a girlfriend. This normality made the punk girl’s crowd uncomfortable. So the punk girl planned a party, then told us the party wasn’t happening, but we discovered, quite by accident, that was misinformation, so we did what vengeful dick high schoolers do in those kind of situations: we crashed the party. Well, not really: we’d gotten no further than the door when, in no uncertain terms and with a great deal of expository ceremony, we were ordered to leave. We got back in the car, a breed of gross coupe, and some random dude from the party was dispatched to ask us—politely—to make haste, and we split in a fury. Save a chance run in at the West Virginia leg of the 1995 Lollapalooza saw, I never saw or heard of the punk girl again.

As it happens, the punk girl is now a neighbor of the one high school classmate I stay in touch with; like him, she is working in the publishing business. “She said maybe the last time you all hanged out maybe you wouldn't remember so fondly,” he wrote in an email. “Water, bridge, under, I'm sure.”

Well, no. I wish I could say it wasn’t, of course—that there are no hard feelings, that the past is the past. But when it comes to forgiveness, there’s a stubborn strain of George Costanza in me that can’t jettison shuns and slights, real or imagined. They lodge themselves in memory like burrs on a wool ski parka and refuse to let go, while countless bits of important day-to-day information slide in one ear and out the other. I remember every time someone stood me up for a date or a meet, how injured I felt. I remember piles of racist, quasi-racist, and virulently racist remarks and diatribes directed casually in my direction.

I can recall lacerating remarks made by close friends and loved ones, and those ones cut deepest—particularly when made offhand, without malicious intent, because that suggests that people who I believed understood me didn’t, quite. The poisonous radio silences, the indefinable instant where those you care about withdraw all concern and communication, and you’re left on an island. All of these memories have the cumulative effect of coloring my impressions of people I’ve held onto and feeding into my interactions with people I’ve met since. Life is complicated and cluttered enough that most of the time there’s no need to wallpaper over old wounds because so many distractions intrude, but the lingering frustration and angst remains—that grating inability to re-shape the past, to see the old me as a different person through a different frame—and pounces in the quietest of moments. I’ve always been awed by those who could put aside these slights as easily as I’m able to forget near-death traffic accidents that occurred hours earlier; yet it’s a skill I haven’t mastered, getting over stuff, arriving at what could be called a sincere forgiveness without expectation of redress for sins the opposite parties probably don’t even remember committing.

Eventually, I’ll make it back up to Maryland, and I’ll probably see my friend from high school: meet his bride and as-yet-unborn child, gape at his voluminous library of poetry texts, sample some microbrews. Catching up with the supposedly matured punk girl may be an outgrowth of that. It’s something I can fake my way through without making a scene, but no way does she ever get to be my Facebook friend.