How do you go on when even Jay Leno thinks you're unfunny? 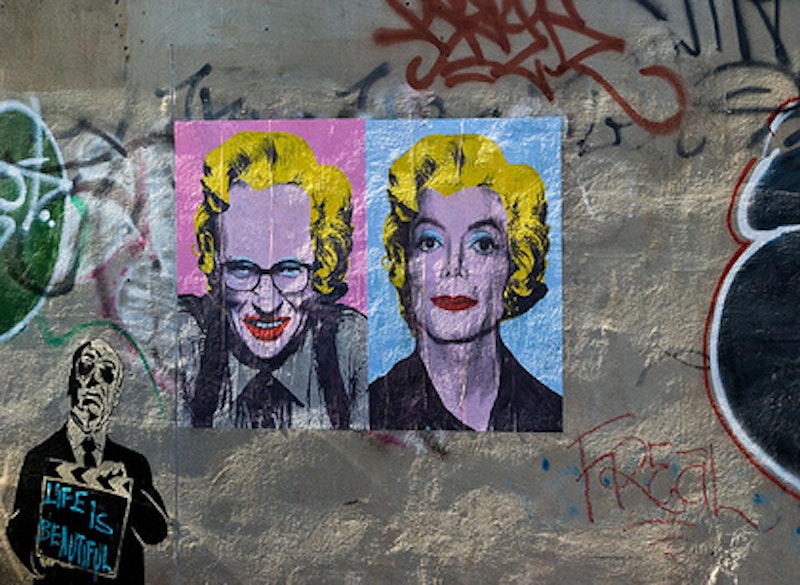 Here are some Larry King statistics:

I am one of those wackos.

***
One night in the mid-80s, I was sitting on my ratty couch in my one-bedroom apartment in Peoria, Illinois. I had smoked a lot of pot and drank a bunch of beer and Larry King was on the television with the sound muted. My stereo was blaring “Won’t Get Fooled Again” by the Who. I remember feeling great pity for poor Pete Townshend. Someone had fooled him and I wondered who would do such a mean thing to that big-beaked guitarist. While pondering this thought, I absent-mindedly glanced at my 14-inch Panasonic color television set with real plastic wood-grain on the sides, and I saw that Larry’s guest for the evening was Jay Leno. Now this was way before Leno became the host of The Tonight Show. This is back when he used to do bits on the David Letterman’s show when Letterman was on NBC. I thought he was pretty funny back then and so I turned the Who off and turned up the volume. Larry King was speaking. “Our guest tonight is funnyman Jay Leno. If you have a question for Jay call the number below,” Larry croaked out in that old-man, froggy voice of his. As I looked at the number at the bottom of the screen, all of the sudden I had a desperate urge to call the show, so I scribbled it on a well-worn one-dollar bill that I yanked from my pocket, as a tampon commercial came on the air. Brenda Vaccaro’s deep mannish voice extolled the wonders of Playtex tampons, and I tried to think of a good question for Jay Leno.

I had to think hard and I had to think funny. I was furiously pacing the room back and forth, like a tiger in a zoo cage that’s two sizes too small. Then it hit me like 12 tons of mashed potatoes. I had the question and the question was thus: “I’d like to ask Jay what his favorite sandwich is.”

Ha! Now that’s what I call comedy. Everybody else would be asking about his comedy, his background, his influences and then I would roll in and hit him with, “What’s your favorite sandwich, Jay?” Ha! It was kind of Andy Kaufmanesque. And I loved Andy Kaufman. I picked up the phone and dialed the number. The line started ringing and my heart was racing wildly. On the fourth ring, it was picked up and a woman with a monotone voice said, “Larry King show, do you have a question for Jay Leno?” She sounded almost robotic.

“Yeah, I’ve got a question,” I answered the robot operator enthusiastically. “I want to ask Jay what his favorite sandwich is.”

This was greeted by silence. Dead silence. For a nanosecond, I thought I had been accidentally disconnected.

“Hello?” I queried to the silence.

“Hi,” the robotic woman replied. Great! We were still connected. She continued in her monotone voice, “Ummm, why do you want to ask Jay Leno what his favorite sandwich is?”

“Because it’s hilarious!” I told her. “This is really going to crack Larry and Jay up,” I assured her, and then I shut up I didn’t want to oversell the bit.

“It will?” she asked in her robotic monotone.

“Oh hell yes,” I said hoping that throwing in a minor curse word would bond us like kids hatching a plan to egg mean old Mr. Wilson’s house.

“Can I put you on hold for a few seconds?” she asked.

“Of course you can,” I responded in relaxing voice, trying to soothe her weary robot mind so she would see the genius of this question. Well, it worked. Within 15 seconds, she was back on the line. “Okay, you’ll be caller number three, turn the volume down on your TV. When you hear Larry talking on your phone, get ready to ask your question just like you said it to me.”

I was on. I WAS ON! I was the third caller. I was the king of the fucking world. Larry and Jay would love my question. They were going to crack up. We would all laugh together. They would laugh with me, not at me. Maybe Jay would talk about it on the Letterman show the next week. Maybe David Letterman would want to have me on as a guest. Maybe I would become a star out of this. I was just about to become the man who asked Jay Leno what his favorite sandwich was and soon the world would love me. Strangers would want to embrace me and take me into their homes and feed me pizza. About five minutes later, as I came to this realization, all of a sudden I heard Larry King’s voice in my phone.
“We have a caller from Peoria, Illinois. Do you have a question for Jay Leno?”

Oh, boy, did I have a question. And I asked it.

“Yeah, Larry,” I said, and then paused for comedic effect. “I’d like to ask Jay what his favorite sandwich is.”

Baboom. It was asked. I waited for heaven to part and the angels start singing and Jay and Larry to acknowledge my genius. I looked at the Panasonic and Larry was grimacing. Jay Leno looked like he had a sour stomach. Did they hear my question? Did I somehow speak in a foreign tongue? After an uneasy few seconds, Jay Leno spoke. “Well, I guess I’d say a Philly cheese-steak sandwich. Gee, Larry, what an inquisitive audience you have,” he said his voice dripping with sarcasm and contempt. “What’s the next caller going to ask me: What’s my favorite color?”

Larry was scowling. All of the sudden my world was spinning in the wrong direction. My stomach twisted into a pretzel knot as Larry uttered the following words: “Next caller.”

Fuck. Then my phone went dead. When the dial tone came on, I finally surrendered it to the base. They didn’t get it. Nobody laughed. Jay Leno thought I was stupid. Larry King hated me. David Letterman was never going to call me. And the poor robotic phone screener, she probably got handed her walking papers 10 seconds after the call hit the airwaves. Fuck! I turned the TV off and put the Who back on. “Meet the new boss, same as the old boss.” Pete Townshend would’ve gotten it. He would’ve thought it was funny. And Keith Moon? Shit, he would’ve busted a gut over it.

“What’s your favorite sandwich?” That’s funny fucking stuff. I’m cracking myself up right now as I type the words. Fuck Larry King. Fuck Jay Leno. A lot of people never got Lenny Bruce, either. Shit, they locked that son of a bitch up in jail over some of his bits. Nobody knows the trouble me and Lenny have seen. Jay and Larry didn’t get my humor, but I knew as I passed out after drinking six more beers and cursing the lives of Jay Leno and Larry King, that Lenny was looking down at me and he was laughing. With me. Not at me.

The next day I woke up hungover and still a little high from the pot. I took a shower, took a bunch of aspirin, washed them down with a can of Diet Coke and wearily drove downtown to the printing factory where I worked as a four-color film stripper. I parked, made my way into the room where I worked with around nine other people, swiped my timecard and started making my way back to the light table where I sat. On my way there, I heard one of my coworkers, Dick Maurer, talking.

“I was watching Larry King last night and he had Jay Leno on,” Dick explained to about five co-workers gathered around his light table. “All of a sudden some guy from Peoria gets on, and this asshole asks Leno what his favorite sandwich is!”

“Hey, that asshole was me!” I shouted out to Maurer and his compatriots. “Holy shit! I thought I recognized that voice last night and it was you,” Maurer said, breaking out into laughter. “Why the hell did you call in and ask Jay Leno what his favorite sandwich is?”

“Because it’s funny. You know, everybody else is asking questions about his career, his background, his family and then I hit him with, ‘What’s your favorite sandwich, Jay!’ It’s on the level of an Andy Kaufman bit,” I explained to the group. They all just stared blankly at me. “It was funny!” I shouted out, and stomped my left foot on the concrete floor for emphasis.

No one said anything. They all slowly went to their light tables and went to work. I went to mine, muttering “fucking assholes” under my breath. For over 10 years, I never talked about that night of the Larry King show. By then, I was living in New York City, working nights and publishing my own humor magazine, fishwrap. It was 1996 and Ellen and Tracie, the two women who ran the company that distributed my magazine, were in town. We were having lunch at an outdoor cafe on the Upper West Side. About three bites into my grilled chicken sandwich, Tracie’s eyes got wide and she said, “Oh, my God, look who’s walking towards us.”

I turned around and saw a tall, stunning fortysomething blonde strutting our way on the sidewalk. Next to her, all slouched over, carrying all kinds of bags and a huge scowl coloring his face, was none other than Larry King. I started laughing.

“Years ago,” I explained, “Larry King had Jay Leno on his show and I called in and got on air,” still laughing at the memory. “Oh, yeah,” Ellen inquired, “What did you ask him?”  “I asked him,” I said, looking at the both of them while smiling widely and holding my hands up in the air for emphasis: “ ‘What’s your favorite sandwich?’”

Tracie just said six words: “Why did you ask him that?”

I decided right then and there that I’d never tell that fucking story again.

This essay originally appeared in Marty Wombacher's book The Boy Who Would Be a Firetruck.