As someone lucky enough to grow up in America, I almost feel as if my sheltered upbringing sort of compensated for my grandfather’s scattered existence on the run from the Nazis. 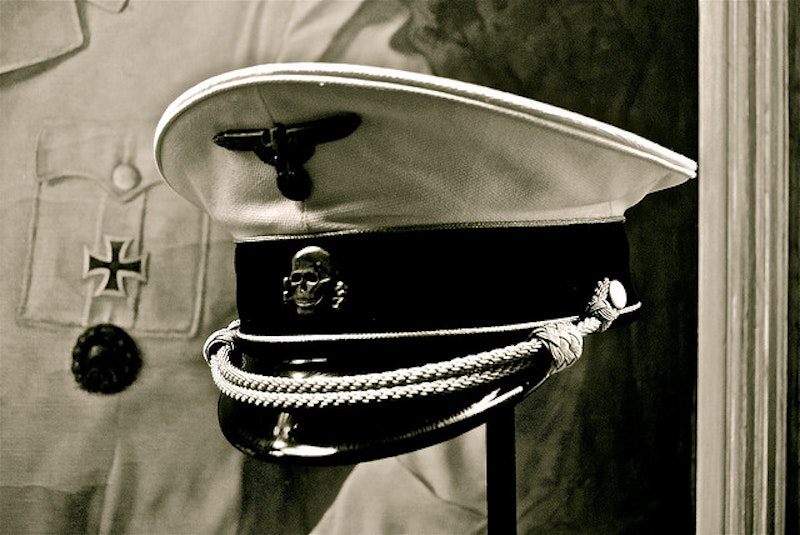 My grandfather Zaidy was the first person I ever knew well, and deeply loved, to die. Upon entering his house I could always count on him to go crazy with excitement and remind me at every chance that I’m always welcome, any time, literally. There’s a special feeling I get when I spend time in this house. The smell, the noises and the familiarity of the rooms and furniture all induce strong childhood memories—days long gone when everything was different, but there was one constant: family, unconditional love, and a sense of security.

The only wrong I could ever do in Zaidy’s eyes was to not be there. Whenever I missed a family function, invariably someone would tell me that Zaidy asked for me, and next time I’d see him he’d be sure to let me know that he missed me.

His life was extremely hard. But he still loved life. And it seems family gave him his greatest joy. He always made me feel special because I never had to do anything in particular to make him happy. My mere presence sufficed.

One might assume that Zaidy acted this way only because I was his grandson. Not so. As Jose once explained to me, Zaidy, ever aware of the dangers of this world, was always on his guard when encountering people, but once someone earned his trust he would treat that person like family. And in a broader sense, he cared about those around him. Those who have worked for him can attest to this, as can the people he saved during the Holocaust and those he subsequently helped out in America through charity, and, more important, his time.

Born in Slovakia in 1920, and moving to the United States in 1952, Zaidy always had time for people. When my mother was growing up and called him at work (he was in the watch business), there was no such thing as, “I’m too busy to come to the phone.” Whenever I called him to say hi, he would always answer with a booming, “Halloo,” followed by “Hey mendele, mendele.” And I was usually the one who had to end the conversation. I wish for just one more of those pre-shabbos chats. Zaidy loved to talk, and anyone who met him relished his company because he earnestly enjoyed getting to know people, always had a large supply of witty jokes and wise truisms about life on hand, and he had seen the world, for all its beauty and its ugliness.

As someone lucky enough to grow up in America, I almost feel as if my sheltered upbringing sort of compensated for Zaidy’s scattered existence on the run from the Nazis. Although Zaidy had a beautiful childhood with a loving family, the disease of hatred and bigotry and barbarism, in the shape of Nazism, shattered his home. Everything he cherished was wiped out. But he did not lose hope. He fought. He survived. And he found his wife, his rock, and rebuilt his family.

Through all this, till the day he died, Zaidy retained his sense of optimism—only a few months ago I asked him if he thinks we’ll ever capture bin Laden, and he said yes. Equally important, he never forgot the lessons of the Holocaust—such as that when evil engulfs your world, you still have moral choices, and the command to love thy neighbor still applies. Zaidy could have striven merely for self-preservation while on the run. But he understood that that was not enough. That life is about more than just the individual. That we have an obligation to humanity. And so he saved as many people as he could.

When I ponder my own problems, fears and anxieties, I often wonder how it must have felt for Zaidy, when the future looked utterly bleak and he had no family to rely on, no close friends for comfort and camaraderie, and faced hostility and suspicion every time he went out of doors. Shakespeare’s closing of King Lear captures this sentiment: “The oldest hath borne most, we that are young shall never see so much, nor live so long.” There will always be a unique space in my mind for Zaidy—one characterized by hope, inspiration, and love.