Searching for inspiration at 35,000 feet. 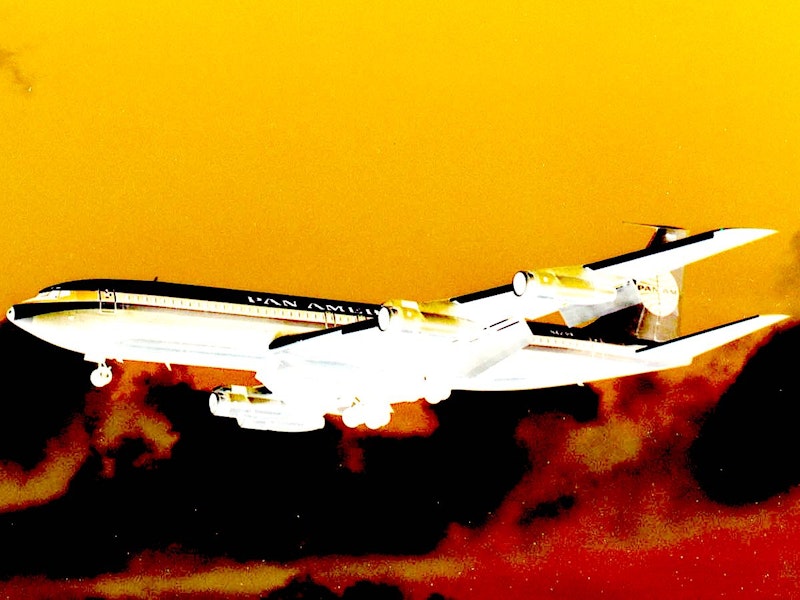 I’m on an airplane, returning from a funeral in the Midwest, trying to write jokes. But trying to write jokes when they’re not coming is a little like trying to pee when it’s not coming: you end up with your dick in your hands. I take a look around the plane. A guy is waiting for the bathroom with a travel pillow around his neck. I write in my notebook: “Who needs a pillow to take a shit?”

In an attempt to siphon some inspiration, I watch the final Norm MacDonald special on my phone. Shot in his living room to the silent audience of a webcam, Nothing Special isn’t a standup special in the classic sense. Norm (for any lifelong fan, using his surname just feels weird) recorded the set the night before a surgery, with the intention of eventually filming the material before a live audience but with the living room recording serving as backup in case things went south. The surgery went fine, but he never got the chance to film the special before he died last September, so the shot-in-one-take Plan B is all we got. On its surface, the result is depressingly familiar for any comedian who attempted to perform over Zoom during the pandemic: the comic’s face dominates the frame as he tells jokes into a laugh-less hole, leaving it up to the viewer at home to fill the silence. It’s a one-way street Norm paves in layers of wit and unexpected pathos.

Nothing Special may lack the tension of Norm’s performances in front of people, that uncertainty surrounding whether or not the crowd would follow him down whatever long tangent his whim desired that particular night. Instead is something close to poetry: the pale, weathered face of a man who knows his remaining time is short, cracking a few more jokes into the void before it sucks him in whole. (Conan O’Brien likens Norm’s grinning visage to that of a jack-o-lantern, one of the few thoughtful observations in a largely unnecessary post-special wrap-up.)

Both Louis CK and O’Brien have likened him to Mark Twain, but Laurence Sterne may be Norm’s true literary forebearer. Norm’s brand of comedic mise en abyme—the longer bits all containing at least one shorter bit somewhere in the middle—is at times reminiscent of Sterne’s masterpiece of digression The Life and Opinions of Tristram Shandy, while the unabashed sentiment (he loved his mom) recalls Sterne’s own swansong, A Sentimental Journey Through France and Italy. It’s clear that Norm worked within a certain literary tradition, but I don’t know how I feel about emphasizing that aspect of his life and work, something many of his admirers are quick to do, as if being well-read lent his standup some necessary intellectual currency. The insistence on reading Norm’s comedy from a scholarly vantage obscures what I most love about it: however smart he was, he always played the dumb guy. Notice the way so many of his best jokes are premised around a critical lack of understanding. For example, there’s an extended bit from Me Doing Standup about how he would kidnap and murder a woman if he were a serial killer, a premise that sounds offensive on paper and only works because his master plan—which hinges on a victim climbing into his van for a cheese sandwich—is so thoroughly stupid. I remember seeing an interview with Norm long ago where he said this approach was purposeful, something he’d learned watching David Letterman: the audience is more comfortable with a dope than a know-it-all.

But I’m not sure that’s true anymore, given the way so much modern popular comedy courts applause over laughs. Standup comedians have been elevated to the role of fearless truth teller (there’s a very funny bit in Nothing Special about calling comedians “modern-day philosophers” and how insulting that is to actual modern-day philosophers); meanwhile, reporters and journalists—the ones who are supposed to be fearless truth tellers—at some point decided they could moonlight as comedians with nothing but memes and an unforgivable abuse of AAVE. It’s the worst of both worlds.

I’m jolted up by the sudden landing of the airplane. The whole cabin shakes as the plane bounces up and down on its hydraulics, surprising everyone and eliciting a few excited yelps. “Tonight’s landing has been brought to you by the Baltimore Chiropractors Association,” the pilot says over the loudspeaker. Everyone’s a comedian these days.