Hell is the Vegas layover. 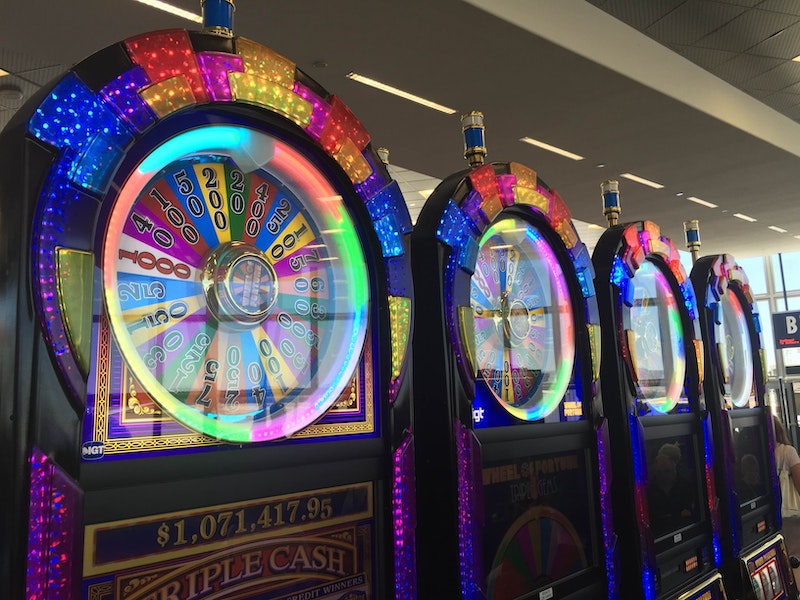 Long layovers in all airports suck. They’re depressing, dry, long, uncomfortable, and disgusting people are sneezing everywhere. If you’re stuck in one for overnight hours, your life can seem like it’s never going to end, or you wish it would. The guy who filmed that “All By Myself” video hit it dead-on; that feeling you have when it’s just you, the moving sidewalks, and a random suitcase-sleeper.

On a few trips to California in the last six months, I’ve ended up in Vegas layover hell a few times, but one of them, caused by stormy weather, planted me there for seven straight hours. I briefly considered getting a cab and go to the strip, since I’ve never seen it, but decided against it, to my regret. Any small detour would’ve been worth the lack of adventure that awaited me inside the walls of McCarran Las Vegas International Airport.

My first challenge was staying awake. I’d left the coast at three a.m., and it was going to be a full night with no sleep (I was far too scared to try to catch a nap in the airport). What are your feelings on “5 Hour Energy Drink?” If you’re like me, you think the chemical-soup tastes like someone put three shots of Nyquil in a plastic shot glass. In 1976. But the damn things work. So I bought a small caramel latte from Starbucks and tossed one in there, and down the hatch. At least the death-taste was diluted. Hyped up for the next day's worth of hours, I observed these three main maddening annoyances that make you want to run through a plate glass window the most during a Las Vegas layover, besides the obvious screeching of "WHEEL-OF-FORTUNNNE" from that particular slot machine:

Music. LAS has one CD. It’s a mix-tape they made around 2000 of all the performing artists who performed there in recent years, plus all the songs that have ever been made that contain the words “Las Vegas” in the title. If you’re there long enough, you hear the CD on a loop. So you better pray that you’re a fan of Celine Dion, Elton John, “Viva Las Vegas” by Elvis Presley, “Leaving Las Vegas” by Sheryl Crow, and a bunch of other unintelligible tracks with the word “Vegas” in them that you’ve never heard before or will again. The airport CD is also a fan of Frank Sinatra, so I didn’t mind him in the mix as much, though I’ve heard my fill of “Luck Be a Lady.” One of my layovers was the week Prince died (he played in Vegas), and I sat at an empty gate crying to “Purple Rain,” which I’m sure Elton John would’ve been horrified to know was followed by “Saturday Night’s Alright for Fighting.”

Casino people. The Walking Dead should do a Las Vegas airport episode, because these people would make the perfect zombies. Staggering determinedly yet not quickly toward the casinos they’ve come there to worship, the casino-bound couples are recognizable for their accessories: mostly hers. She wears bright, citrus-colored polyester, poufy, over-sprayed hair, a plan-a-tan, 1970s eyeshadow all the way to the brow, and bright toenail polish peeking from her metallic strappy heels. He’s a combed-over 60-something Ken doll accessory to her over-aged casino Barbie.

Terrifying flight attendant mannequins. By far the most terrifying thing about the Las Vegas airport though is the “historic airline attendants” display. There are three of the full human-sized mannequins, and depending on what time of day or night it is, can be equal-parts terrifying or hilarious, weighing on the side of nightmare-level scary. They’re all dressed in 70s airline attire. The woman in the center glass case wears a navy skirt suit, shoulder-length brown bob, huge blank eyes and too much fake mascara hover above a vacant grin with its outdated bright pink lipstick. She’s flanked on one side by the captain mannequin, a somewhat handsome if mildly wife-beaty-looking type in the requisite stars-and bars and pilot hat. On her other side is the far less masculine looking man flight attendant—with his feathered blond hair, dashing white-toothed grin and more casual pose, you can practically hear his 70s gay-best-friend chatter with the central maybe-its-Maybelline girl in the middle. All three of them look like they’re about to come alive, break out of their glass coffins and brutally murder you if its three in the morning and you’re sitting in the gate across from them, alone, listening to Celine Dion sing “All By Myself.”