My Thrilling Life In Paris

I was unable to establish any relationships that I wanted to maintain. 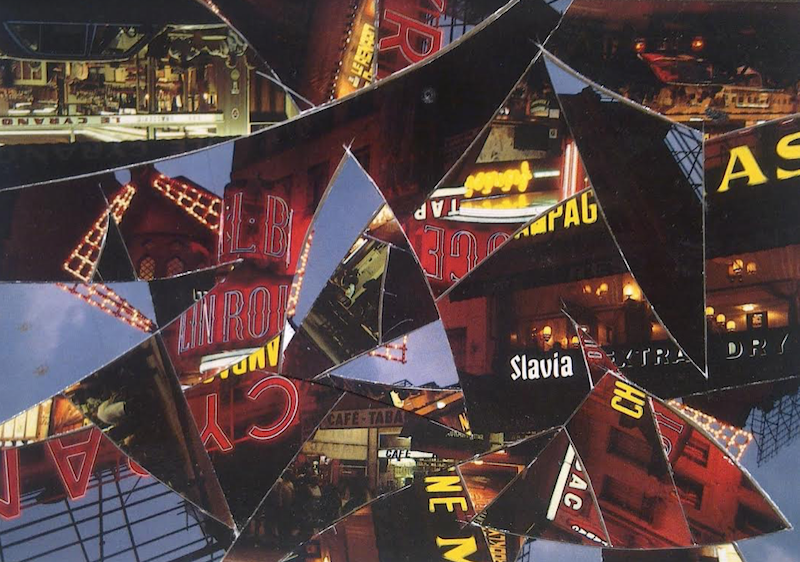 I arrived in Paris on January 18th 1996 at around 6:30 a.m. I had no plan other than to leave Baltimore. That was it. The Baltimore I knew was, for me, effectively dead. I was unable to establish any relationships that I wanted to maintain. Everything I liked about the city was either gone or disappearing.

As my mother had once said to me, if something is holding you somewhere you can’t leave. I looked around, did an inventory of sorts. Well, nothing was holding me to Baltimore, so one day I bought a one-way ticket.

I don’t want to criticize Baltimore; it was my problem. There was simply nothing I wanted there. Besides my brother, with whom I’d collaborated for years on films had left, gone to California on a sort of personal Gold Rush and made it clear he preferred to do it alone. It was painful but I understood why. In Baltimore we were referred to in the “art scene” (a vague grouping of individuals and spaces which revolved around the Mount Royal Tavern, The Club Charles, The 14 Karat Kabaret, the Projection room at the Maryland Institute, and a few other places) as the Turner Brothers. Furthermore, our father had given us the exact same name: my legal name is Henry Dickinson Turner as was my brother’s until a secretary at Roland Park Elementary School said that my father should do something to differentiate us or else face long term administrative problems. So my brother’s name was changed to Henry Richeson Turner.

He left and Baltimore became a no-man’s-land for me. I wonder what would have happened if he’d stayed? In all likelihood I’d probably still be there. But I can remember thinking “even if I have to live in a closet, I’m leaving.” This was probably based on a quote that I’d read, attributed to a sailor in the late-19thcentury who said that he’d “rather be a lamp post in San Francisco than the King of Spain.” I’d rather be homeless in Paris than the President of the United States, the Governor of Maryland or have the biggest house in Roland Park.

I’ve had nightmares about being forced to return. I’m on a bridge, le Pont Royale. It is dusk, I’m looking towards le Grande Palais knowing that it’s the last time I’ll see it. It’s unbearable. Before I moved here I’d been to Paris twice, once in 1984 for 10 days and in 1992 for just a few days. I recall in 1984 seeing a note on a door in Montmartre, “Pete, mine’s the third door back, let yourself in” and thinking “God damn ! People actually move here to live. The lucky bastards. Why can’t I?”

But why Paris ? I didn’t want to go to New York because it seemed like Baltimore squared. I could be invisible in Paris. No one to ask me where I went to school, or where my father went to school (a popular question in Roland Park); no one to ask, for better or worse, in what neighborhood I was born, what college I went to, where I lived. In Paris, if I move three blocks away my whole reality changes. Maybe less now that I’ve been here for so long (and I’m a father, which changes things a lot) but the principle holds true. I’m free to invent myself.

I’m an outsider. I always was, even in Baltimore where I was born, where my family had been since at least 1790. The Baltimore I loved existed until 1972. It was the Flower Mart with judgmental blue-haired old ladies, the Lyric Symphony Hall, the Port Welcome boat to Annapolis, Roland Park Elementary School, girls in blue dresses with white blouses and hard shoes, alleys, buildings, Johnny Unitas, the Hutzler’s tearoom, downtown bookstores, Mount Vernon Place, concerts in the North Hall at Peabody, Sam’s Belly, random hippies, no Harborplace, a downtown where you could walk around at night, the 1966 Orioles, A. Aubrey Bodine photographs come to life. After 1972 Baltimore became, in the germinal stage, what it is now, for me a place where one lives with the feeling of a constant unseen threat.

I figured that In Paris a composer would be welcome, that there was room to spare. Something along the lines of: “Come on in, we’ve been waiting for you!” I took my trombone along with all my written music in a side bag and the rest of my things (clothes, books, diverse illusions) all stuffed into a huge duffle  bag I’d bought at H & H surplus on Howard St. and got on the plane.

I have to ask in retrospect: Can one ever really go to Paris, I mean the Paris that one thinks about in an historical/cultural sense? I think it’s impossible. I suspect one is never really here, always somewhere in-between a fantasy and an electricity bill. I wonder if I’m even in Paris now, meaning the Paris where I’d hoped to go. I can’t say. Sometimes it seems like Disneyland for adults. There are neighborhoods that look like Baltimore; Bercy is one, a close suburb called Montreuil is another. Whenever I go to these places I feel uneasy.

While I may never fully arrive here I know one thing:  I’m not there. Why is this important for me? I’m not sure. The funny thing is, most Parisians constantly complain about being here and want to leave. No one is ever satisfied.