How I lucked out. 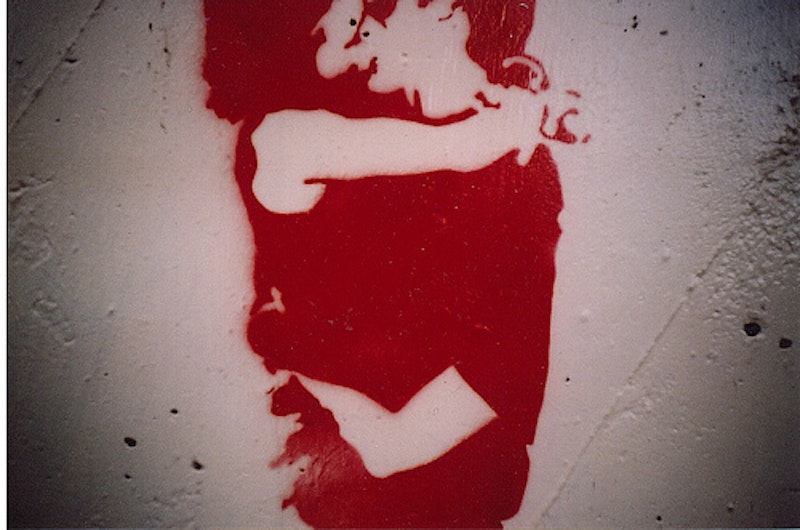 “Here, I'm walking out into the middle of the road. Traffic is passing by me on both sides. Can you see me now?” I spoke into the cell, last week. What did we do before these devices were ubiquitous? Nail down better directions beforehand? Not walk out into the road, yelling and gesticulating like a madman? My fiancée Anj did finally see me pointing and followed her human traffic sign in. She was there to unburden her car of cardboard and aluminum at a recycling facility that raises money for local Christian schools. Thus did two different religious obligations come together: to raise children in the faith and to somehow placate Mother Earth through the ritual sorting of consumer packaging.

Anj gets warm fuzzies out of recycling. I've always thought it was garbage. As a testy colleague of mine used to bellow, “My time is not a renewable resource!” Yet we're hardly a differently sexed version of the Odd Couple. We're both fierce yet usually agreeable. She's a dog person. I can tolerate her dog, a Dachshund-Yorkie or “Dorkie” mix named Siska. We complete each other's sentences, which friends think is cute.

We met in college in 2002, briefly. I was on the way out of Trinity Western University just over the border in British Columbia after accidentally graduating, and there only to tie up loose ends and work connections to find a job. Anj was new to the school. She was lovely, intelligent and earnestly Canadian. She wore hats. And she had a crush on me, I learned about a decade later. We reconnected on Facebook and then text and phone. But not in person because she lived in remote Edmonton. A sort-of school reunion was coming up. She wondered: did we want to go... together?

Our first date was a disaster, partly because I was dense enough to not know it was a date. The plan was to pick her up at the border and take us to a Bellingham Bells baseball game. She got dropped off at the wrong border crossing, the next town over. I didn't open the door for her and cut in line to get tickets, the social equivalent of a mortal sin north of the 49th. Anj lost my Bells scarf at the game, but managed to find it in the lost-and-found.

Over dinner, she broached the subject of us perhaps dating. Not into long distance relationships, I explained, but if she wanted to move down here, we could certainly give that a go. My fiancée thought I was brushing her off. When I dropped her off at her dad's place, she assumed that was the last she'd ever hear from me. Imagine her surprise when this infuriating guy went on talking and texting and cracking her up like nothing had changed. Because, for him, it hadn't.

Distance wasn't the only hurdle to clear. There was also the Canadian armed forces. She had passed all the tests to become a lay chaplain. The post came with a decent salary and a ridiculously high rank. But that job would take Anj even further away and involved a long-term commitment, making “us” impossible. What reason could I give her to turn down that peach of a job? Well, how about “make love, not war?” I asked.