In his new autobiography, the Stones' guitarist takes some gleeful shots at Mick Jagger. 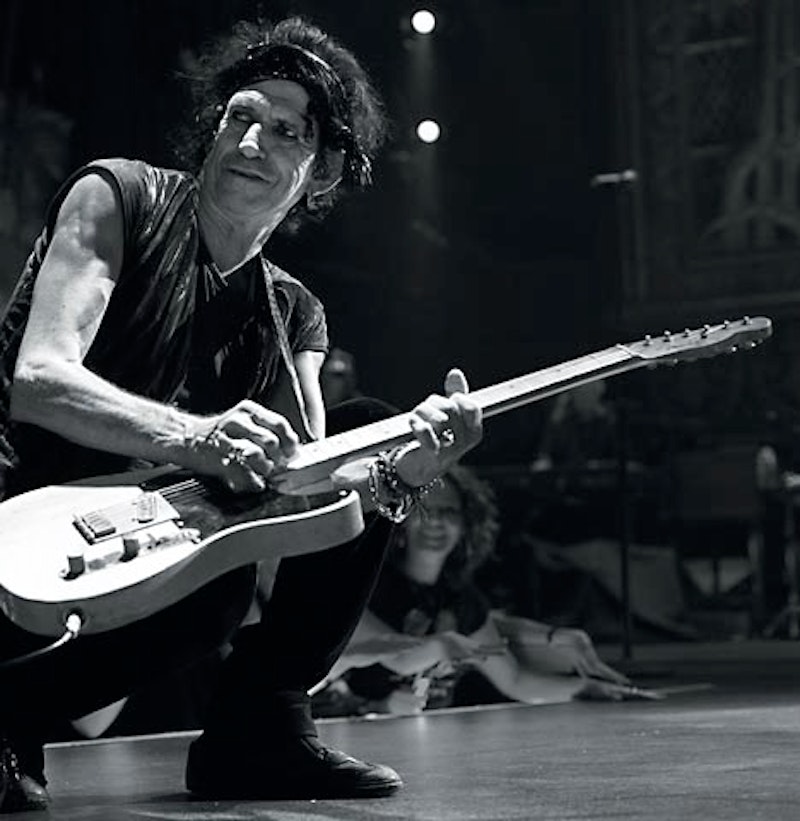 The giants of rock music don’t exactly stock bookshelves with worthwhile autobiographies. Coffee-table tomes like The Beatles Anthology and According to the Rolling Stones are basically edited tape transcriptions with few surprising revelations; The Real Frank Zappa Book and Ray Davies’ X-Ray tend to bury their nuggets under layers of stand-up and science fiction, respectively; even Bob Dylan’s universally acclaimed Chronicles willfully (that is, typically) jumbles his chronology and leaves the reader wondering about the sincerity of some of its observations (Johnny Rivers? Really?).

But there’s a growing sense of excitement surrounds the October 26 publication of Life, Keith Richards’ autobiography. Tantalizing details about its content have been seeping out in the British papers over the past couple of weeks, most of which indicate that Richards’ self-perpetuating image of rock’s Greatest Swashbuckler isn’t about to wane.

As opposed to former Stones bassist Bill Wyman’s early 1990s memoir Stone Alone—which droned on for hundreds of pages enumerating receipts for meals and trying to prove that he pulled more birds than anyone else in the group—Life is apparently willing to get right down to business. Plenty of drug-related business, of course—including an admission that, yes, he did snort his old man’s ashes—but what’s most likely to garner attention are his words about Mick Jagger.

According to The Independent, Richards—whose nicknames for Jagger include “Your Majesty” and, more hilariously, “Brenda”—has found the singer “unbearable” since the early 80s. “I used to love Mick,” he writes, “but I haven't been to his dressing room in 20 years. Sometimes I think, 'I miss my friend.’ I wonder, ‘Where did he go?’”

Not necessarily earth-shaking to anyone who recalls how the two practically came to blows during the Dirty Work sessions, but then there are the schoolyard taunts about Jagger’s manhood—or lack of it. Richards writes that Jagger’s 60s girlfriend Marianne Faithfull, “had no fun with his tiny todger. I know he’s got an enormous pair of balls—but it doesn’t quite fill the gap.”

Another excerpt, in the News of the World (requires registration), finds Richards in agreement with most of the rest of the planet in regards to Jagger’s solo output: “Mick did his best and flapped about like a chicken, but his stuff disconnects when he goes off by himself.”

These shots pack more of a punch than the Davies brothers ever did; it seems more on a par with John Lennon’s “the Beatles were the biggest bastards on Earth” remarks.

The Independent piece notes that Richards did an interview to promote Life with Britain’s The Times, during which he said that Jagger had read the book: “I think it opened his eyes, actually.” The only part that Jagger wanted removed, he said, was a section about Jagger using a voice coach … to which he retorted: “I’m trying to say the truth here.”

It’s hard to say what Jagger’s own feelings about all this will be; after all, “business first” has long been his motto (and, as such, another frequent cudgel for Richards to bash him with), and it’s not hard to imagine that when the time rolls around for another massive greatest-hits tour, all will be forgiven as “Keef being Keef.” (There were rumors for years that Jagger would write his own autobiography, but they seem to have evaporated.)

Life also goes into a three-day “lost weekend” driving across England with John Lennon in the 60s; falling asleep onstage during “Fool to Cry”; mistaking Johnny Depp for a drug dealer; and of course any number of heroin- (and otherwise-) fueled misadventures.

How it stacks up against Tony Sanchez’s notorious memoir Up and Down With the Rolling Stones—fortuitously being reissued in April with new subtitle "My Rollercoaster Ride with Keith Richards"—is an open question. But Life seems destined to be a keeper. You know, to put next to Pat Benatar’s Between a Heart and a Rock Place.