The lessons a suburban boy learned from life in the mountains of Mendocino county. 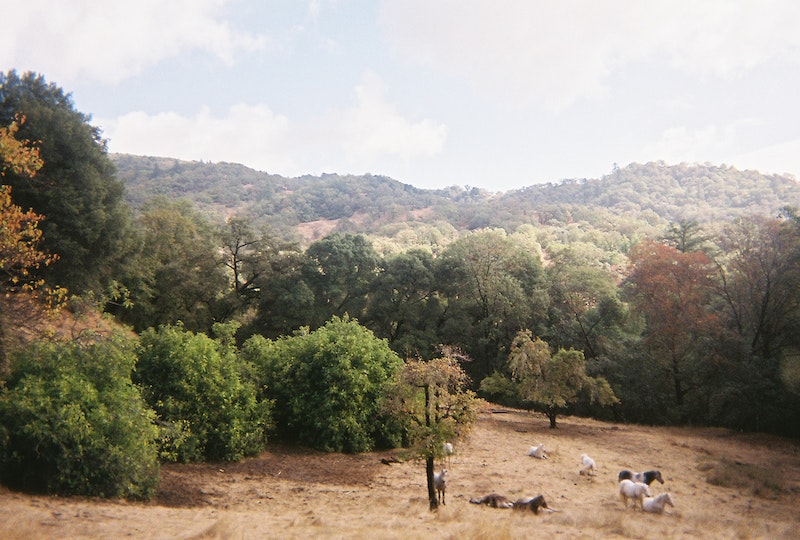 It’s a half an hour drive down a dirt road, around a few mountains and through a few padlocked gates to get to our little slice of Mendocino paradise. On the last stretch of pavement before you engage the four-wheel drive, you pass the high school, county jail and cemetery. I joke that pretty much sums up life for the natives, though the truth is, I actually admire them quite a bit.

Though I like to remind people I was born in Tennessee, where my family has been farming the same piece of land since 1831, I wasn’t very connected to the country in my youth. My Pennsylvania upbringing was thoroughly suburban, something I will never apologize for, but hasn’t precisely imbued me with the world’s most impressive work ethic. Before my time in the mountains the most manual labor-intensive job I had was caddying, and even that proved to be a bit much.

I don’t want to make it sound like I’m some homesteading handyman either, I still work for the Internet, prefer to spend most of my time in the city and besides, to call this a real working farm would be a stretch. We don’t really have livestock and we don’t sell our vegetables… and that’s all I’ll say about that!

What I will share is a few pieces of country wisdom I’ve picked up while becoming more acquainted with the earth. This is probably some pretty obvious stuff, but never underestimate my generation’s ability to be completely detached from reality. In true country fashion I didn’t learn any of this from a book or god forbid, Google—they are all as true as rain and of unverified veracity, right?

1. There is no more universal man-pleasure than riding in the back of a pickup truck down a dirt road while holding a cold beer. Pretty self-explanatory, and something I think we can all agree on. Paradoxically, four-wheelers are both the most country and the most hood form of transportation.

2. Don’t name your chickens until they molt twice. If you pick a favorite chick, it will die. I learned this the hard way a couple weeks ago when a dozen baby chicks arrived. I instantly picked the sleepy black one as my favorite and named it Malcolm Coltrane. Sure enough it wasn’t just the sleepiest, but it was the sickest, and a week later I watched it twitch until it expired, powerless to help. It was a pretty sad reminder that nothing lives forever and shit breaks.

3. Shit always breaks. There is never not something to fix. Never. As someone fairly well acquainted with boredom, it doesn’t really exist up here. Unless you are in the hot tub, there’s probably work to be done. Consequently, country midnight is about 9:30 p.m. and there is never enough propane.

4. Wild horses do exist! They are terrible. At first the 80 or so horses in our immediate valley were pretty enchanting, but there’s a reason they’re known as “the mangy ponies.” Get a little closer to these jerks and you see they’re all inbred, aggressive, inconsiderate bottomless pits with oozing sores and crazy eyes. Have you ever seen a horse masturbate? They unfurl their giant penises and loudly smack them against their bellies, and sometimes they do it while they stare at you menacingly. Not cool, and now I’ll never be able to hear the first side of Sticky Fingers the same way again.

5. You can only eat rabbits during months that have “r” in them. They call them suicide bunnies up here because they have a habit of running in front of your truck down the dirt roads, especially at night, and swerving to miss them would lead to almost certain death. Not that that is something anyone seems prone to do, seeing as hitting one could lead to a fine stew. As long as there is an “r” in the month; I believe it has something to do with ticks.

6. Chickens are fascinating little dinosaurs. Back to the chickens, which I realize are not really that extraordinary, but are way more entertaining than I could have imagined. “Chicken TV” (as we call it) is as riveting as cable, with more sexual assaults than a whole season of Law & Order S.V.U.

7. Cabin fever can make you lose your mind. Also known as Mendocino madness, too much time in the woods, especially during the rainy season, can be extremely hazardous to your mental health. I’d offer some tips to avoid it, except I’m not sure its possible. I am currently out of my mind.

There’s plenty more, but I’m going to take a little of my own advice and get back to work. Now that the sun is shining, there’s no place I’d rather be than here, with my hands in the dirt and my friends in the mountains.