A serialization of The Sound of the Shadows. Last week's post is here. 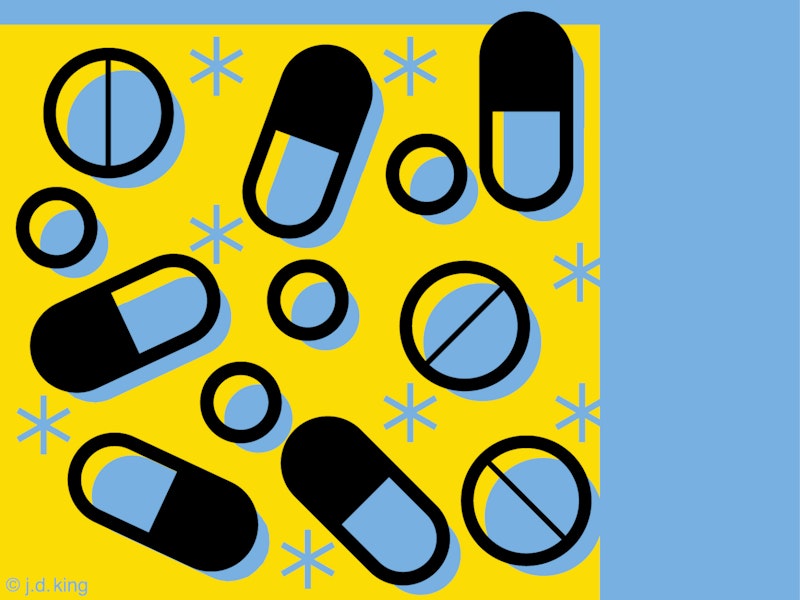 Davy Raboy entered this world one rainy June day in an understaffed hospital in northern New Hampshire, wailing. The story was that his father died months before he was born. All Davy knew of his dad was a B&W snapshot and a name, Kenneth. Judging by the photo, Kenneth was a well-dressed man, dashing in an immaculately tailored pinstriped suit.

Davy stared at the photo time and again, searching for clues to his origin. Kenneth seemed as mighty as the skyscrapers in the background. Davy wondered what city it was—certainly no place in New Hampshire. A sign in the background read: Schrafft’s.

The topic of Kenneth was too painful for Mother to discuss. So, in death Kenneth took on a larger-than-life role: godlike, his name and biography too hallowed to mention. Kenneth was just an image to adore.

It was the two of them, Davy and Mother, in the old and rambling rooming house she owned and operated—Swiss Haus. Most of the residents were lifers: a weathered widow, Melissa; a retired arthritic and potbellied bachelor, Jeffrey; two threadbare off-smelling spinster twins, Julia and Ethel. Occasionally a youngster passed through: a fresh faced mechanic or secretary or waitress. The youthful boarders, in short order, would meet someone, fall in love, marry, and move on, only to be seen, if ever, at the market or post office, a quick hello and a smile before a sleeve-tugging toddler claimed their attention.

It wasn’t an exciting crew. Mother ran a tight ship. No-accounts weren’t allowed on board at Swiss Haus. She’d made one big mistake in the game of life and she wasn’t going to make another.

A loner by nature, prone to visions and knighted with pre-sainthood by the sisters of St. Elizabeth’s, Davy had few friendships, none that held. It wasn’t until MIT that he came into his own—briefly, with Darlene, then again later, with a fairly long (by today’s standards) marriage. He never spoke of or dwelled on his years with Lizzy. They were in a sealed envelope, tucked away in the back of a lower drawer with the woolens.

Davy and Mother shared a large windowless room, their beds at opposite walls, a folding screen between. On a corkboard above his bed, Davy tacked up pictures of his favorite saints and angels. At the center, of course, was the Blessed Virgin. To her right he tacked St. Elizabeth of Hungary, the 13th-century queen who was married at 14 and dead by 24, but not before, it's claimed, she advocated for her serfs, performing the miracle of the roses. Orbiting these two were Grace Kelly, Audrey Hepburn, The Children of Fatima, Brigitte Bardot, Criswell, Bernadette of Lourdes, Hayley Mills, Barbara Steele, Elsa Lanchester and Loretta Young, a hagio-collage of 8 x 10 glossies, religious articles and fan magazine clippings.

Mother provided only lodging to her inmates: getting fed was their job. They had access to the kitchen downstairs or the diner around the corner. Being left to fend for themselves was just as well for them; Mother was no cook. Davy’s breakfast was a bowl of Cheerios with skim milk, no sugar. Lunch and dinner were the same thing over and over: Underwood Deviled Ham on white wheat bread, no mayo, and three radishes. There were no desserts or sweets, never a piece of fresh fruit.

Davy’s stomach growled at night. In bed, from behind his partition, he’d declare, “I’m hungry!” into the black. Not wishing to spoil him, Mother said nothing. There’d be a pause of a minute or two, then another, “I’m hungry!” Another minute or two of silence. Then again, “I’m hungry!” Silence. And so on for an hour or so until sleep claimed the kid.

When he was 10, Davy developed a fascination for ping-pong. He studied all about it in the school library, from its paleo roots of a golf-ball hit back-and-forth by books in upper crust Victorian England to its modern form: a celluloid ball, wood paddles with stippled rubber over a sponge layer, a world of speed and spin. He whined and wheedled, ignoring Mother’s “You’ll lose interest!” until she broke down and bought a Parker Brothers table at the Salvation Army. Davy set it up in the attic. He was in business except for one thing: a partner. Davy got Jeffrey to play a few times, but the decrepit old guy was too slow and too blind. It was tedious, this geezer missing the shot, and then groping to find the lost ball in dark nooks of the garret, groaning as he bent to the floor. Or the times he banged his bald pate on a rafter, one time—the last time—drawing blood. The table collected dust and cobwebs with the rest of the stuff in the attic. “I told you so! I told you that you’d lose interest! I told you so! Now those eight dollars are down the drain! Wasted! Do you have any idea of all the things we could’ve bought with eight dollars? Well, forget that! The money’s gone! Wasted! Just forget about it!”

To a Central Park manor born, Anne Howe had never known her mother as anything other than a shadow of a distant memory. When Anne was two, Tamara ran off with a Count of sorts, a short, shallow, swarthy muscleman from a country whose boundaries had been erased by so many aggressions from the East, then the West, then the East again, and so forth, that its provenance is known only to historians and to the country’s self-styled royalty, who are still eager to parlay their lineage into a life of leisure, drunkenness and perversity via an impressionable Yank.

Anne’s dad, Kenny, wasn’t home often. When he was, it was party time for this playboy of the modern age, always in a fresh Savile Row suit. Left to her own devices—guarded only by Miss O’Leary, a tipsy live-in Irish maid right off the boat—Anne forged a path unique.

Anne got sick in the third grade with a wicked cough. Two joys to which she’d remain loyal for life entered: masturbation and opiates. The former she discovered out of boredom, the latter from codeine cough syrup. Let the other kids, the ninnies, wallow in comic books and TV: she’d found a holy grail. Soon she was rummaging classmate’s medicine cabinets for bottles of Romilar, then for any sort of prescription pills: barbiturates and amphetamines were satisfactory, but codeine tabs were transcendent. She boosted bottles of cough medicine from drug stores easily. Who would suspect a beaming eight-year-old angel of anything but sugar?

What she really dug was scaling fire escapes like a monkey, entering strangers’ homes through unlocked windows, and rifling medicine cabinets. Sometimes she’d stick around, turn on the radio, dial in Symphony Sid, make a little meal out of leftovers in the fridge, leave the dirty dishes someplace odd: in a bedroom closet next to the shoes or in the freezer. One time the owners barged in, surprising our girl. The guy chased her up the fire escape onto the rooftop. Trapped? Hardly. She lost the bastard when he didn’t have the guts to follow her leap of 10 feet over six stories of air onto an adjacent cornice. From that rooftop to the next she raced, her knees and palms scraped, but she was safe, bottles of pills rattling in her jacket pockets. She ran along the rooftops, onto the next and the next into the Manhattan night, laughing to the moon and the stars, a plaid Supergirl.

Anne kept her pharmaceuticals in an apothecary jar on her desk. When questioned about them by Miss O’Leary, she asserted they were candy, special imported candy, and reminded her that to so much as think about swiping even one was a mortal sin, punishable by burning and blistering. At 14, Anne began her studies with Tristano. It was her first week at Lenny’s, in his E. 32nd St. apartment, that she got too friendly with a hanger-on to that scene. Anne knew Eddie Laken only in passing as a regular at Kenny’s parties. Eddie played bass well enough for some minor Tristano gigs but never made the cut for prime dates, let alone recording sessions. One afternoon, out on the sidewalk, Eddie invited Anne over to smoke weed. She lost her cherry and gained a very long-term affair.

Eddie Laken was 35 with slicked-back red hair and frog-belly skin blotched with too many freckles. Squinty-eyed, he looked shifty, searching the angle. No copper ever laid a hand on this copperhead. If they had, he would’ve sung to the rafters to save his skin. As a young man, he’d been in shape, a part-time sparring partner, but that’d given way to the sag of life and dope and young stuff, especially Anne. There were others, but she was his fave girly. His cramped apartment was in the Village on a crooked side street, far from any hubbub, up four flights. Other than his bass and his bed, there was a phonograph and piles of LPs and 78s, and a kitchenette. When they made love, a “Bird” Parker or a Herb Geller combo serenaded. Afterwards, bourbon and Pall Malls, she feeling very grown-up, he feeling like a kid again.

At Kenny’s parties, Anne continued to play the role of the virgin schoolgirl—a neat bit of acting in Eddie’s presence. Still, more than once, Eddie managed to nail her in her bedroom, the party carrying on loudly just outside her unlocked door, surrounded by her volumes of Shelley and Byron, de Sade and Poe.

That baby Anne had? Eddie was the father. It happened late in life for both. Anne was 40, Eddie 61. She never told him—she had the kid, and then paid for it to be dropped off on the church doorstep. A kick. Years later she heard, via the grapevine, that Eddie Laken was gone, a smack overdose. Bye-bye, Eddie, bye-bye. Amazing you lasted as long as you did.

Anne had the frame of a fashion model. It didn’t matter if she got older: that’s what Davy was thinking one day, well into their affair as he was studying her photo albums. Child, young woman, then today—beauty was here to stay for as long as she breathed. Here she is at 13, in her uniform at The Spence School, a dreadful place, yet she’s managed a winning smile. (Did the dour mono-browed chain-smoking faculty, ladies packed into itchy tweed and brown oxfords, have any idea how tantalizing the uniformed girls were? Yep!) And 20, at Vassar. Look at that hair! Still raven at 50, Anne leaning against the Jag’s fender. In Paris, a cafe; London on Carnaby Street as a teen; in Mumbai a few years ago; on the Riviera in a swimsuit, her eyes beckoning him from across the decades...

He turned a page and saw a snap of a dapper man wearing a perfectly tailored suit in an urban setting, a Schrafft’s in the background. “How... how do you know this man?”

Faint and woozy, Davy said, “I... I  think... I think we’re brother and sister...” She said, “Huh!” as if she’d just figured out a crossword clue. Davy felt as if he were in a small room, a closet, lit only by a red bulb, like a darkroom. Then the light goes out. He loves her with all his being and he’ll love her until death, a love worthy of an opera.

She places her hand on his and he feels electricity. There's drumming in his ears. And clapping teenagers at a sock hop. The Del-Vikings’ “Come Go With Me” echoes inside a high-school gym. There's a picture too: shirtwaist dresses, chinos and Brylcreem, bodies bright and rhythmic. Somewhere, daisies spring from seedling to flower in a shot. Anne and Davy lean forward, both hungry for the kiss.