A review of Dan Barker's The Good Atheist. Grade: D 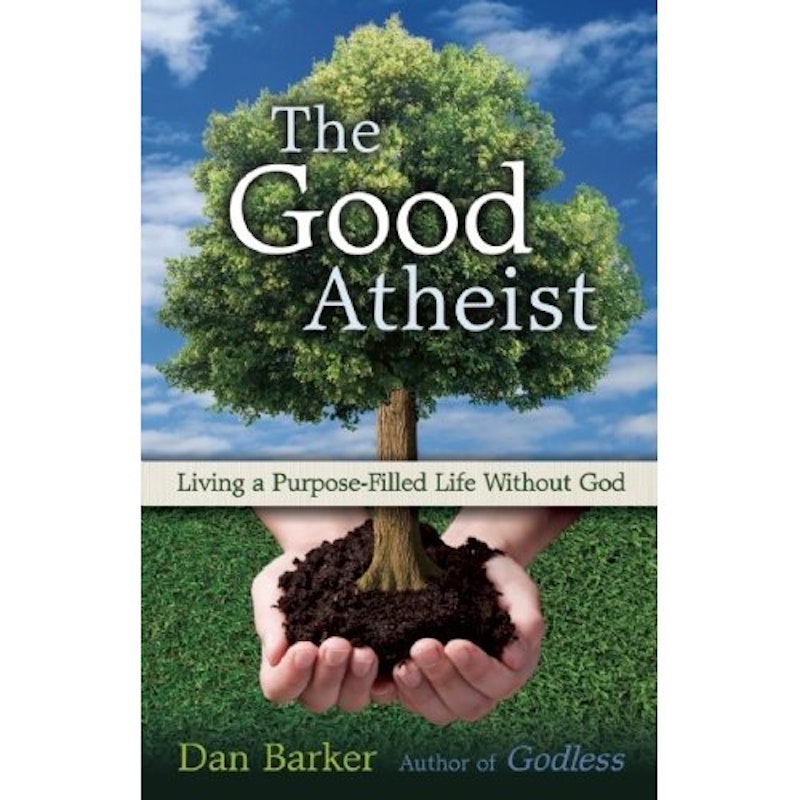 Dan Barker can be a very convincing writer, particularly for Christian readers. After all, he wasn't just a Christian before he became an atheist, he was a leader. Barker worked as a pastor for almost two decades, spent time as a missionary and is well known as the writer of popular children's musicals for Christians. He knows the evangelical Christian philosophy inside and out and the good book from cover to cover.

His previous book, Godless: How an Evangelical Preacher Became One of America's Leading Atheists, was an excellent account of how a devout believer with a passion for knowledge moves away from faith and into reason. For skeptics, it offers deeper insight into the way Christians feel faith moving in their lives, and for believers, it explains a the painful path that many good people follow when they choose science and humanism over religion.

Unfortunately, his latest book, The Good Atheist: Living a Purpose Filled Life Without God, is a disappointment. The book is meant as a response to the common assertion that a life without religion must be purposeless and empty. In particular, it targets Rick Warren's bestseller The Purpose Driven® Life, calling a life driven by a purpose forced on you from the outside nothing better than slavery. In fact, as Barker points out, the Bible calls it exactly that.

These euphemisms (servant/bondservant) for the unambiguous Greek word doulos, which simply means “slave,” have been in use since the bible was first translated into English. The submission to someone who owns and controls your life is subjugation. Many modern translators, living in an enlightened world shaped by abolitionists, find it hard to image that their “Good Book” would actually endorse what we now know is abhorrent.

Barker argues that believing your purpose in life to be the glorification of and submission to an oppressive master that demands complete obedience robs life of meaning. Wondering how life could have a purpose without God is a little like a slave asking whom he should obey if the master were gone, says Barker. Contrary to Warren's assertion that god chose it for you before time began, Barker says purpose is entirely up to the individual. Until we are dead, we have the liberty and freedom to decide what makes our lives meaningful and to pursue goals we find worthwhile and rewarding. Purpose and life are in fact synonymous: to strive.

Barker's writing style, as you might expect from a former preacher, is passionate and convincing. So far, I've been with him, but in order to support his assertions, he then turns over the remainder of the book, by which I mean the majority, to a kind of Who's Who in atheism. Pulling from various fields, including artists and human rights activists, he gives us a laundry list of atheists, as well as a handful who could probably be better described as theists, who made something of themselves. After a Wikipedia-like summary of their life, the author gives us a handful of quotes relating to their work or their lack of religion.

Aside from the fact that it isn't particularly enjoyable to read such a disjointed mash of information, this approach suffers from a serious problem: it goes for quantity rather than quality. Yes, it does make it clear that there have been people who achieved great things without religion, but if the essential argument of the book is that giving up god allows us true liberty of purpose, then it follows that the most convincing examples would be those, like Barker himself, who found a meaningful path in life after leaving religion.

Many of his examples, like the inspirational Ayaan Hirsi Ali, fit into this category, but are so briefly covered that it's hard to make the connection unless you already know their story. For others, their lack of religious belief many have been incidental to their success. After all, religion, depending on the particular brand, doesn't necessarily stop you from being a composer or a labor activist or supporter of women's suffrage.

The approach would have been more successful if Barker had focused on a few individuals and made the connection between how their atheism gave strength and focus to their purpose. As it is, the book reads more like pamphlet for newly out atheists to give concerned family members, assuring them that are not nihilists. Of course, there probably is a market for the book as just that.