Hotel Scarface is rich in details on the Miami Vice era. 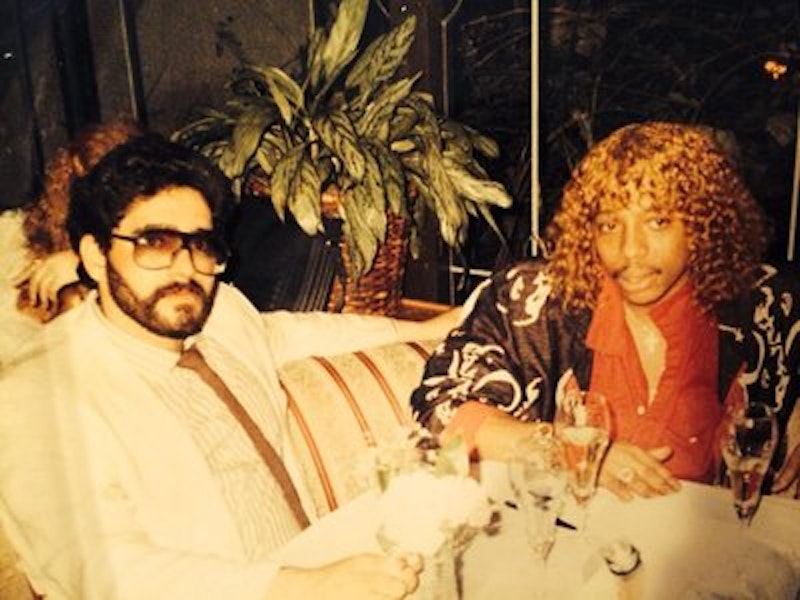 Roben Farzad, host of NPR One’s “Full Disclosure” podcast is also the author of Hotel Scarface: Where Cocaine Cowboys Partied and Plotted to Control Miami, a vivid account of Miami's Mutiny Hotel, which was the notorious Studio 54 of Miami’s exploding drug-trafficking scene in the 1070s and 80s. The critically-acclaimed book captures the decadence of Miami’s Cocaine Cowboys era that brought rock stars, Hollywood A-listers, politicians, and models together with narcos, gunrunners, and hitmen at the legendary, now defunct, Coconut Grove. Inside the hotel was the private Mutiny Club, which had 11,000 card-carrying members. South American drug dealers seated in banquettes would hide their guns in baskets of dinner rolls. Dom Perignon flowed, lines of coke were everywhere, and the orgies went on for hours in the fantasy suites upstairs. The cleaning staff would fight about who would service certain rooms, knowing they might find a giant rock of cocaine on the carpet.

The Iranian-born Farzad moved to Miami with his family as a child. Growing up, evidence of the city's burgeoning drug culture was everywhere. He decided to write a book about it, and 23 years later, in October of 2017, it was published. I sat down with the author at a local hangout, Ellwood Thompson’s, to discuss Hotel Scarface.

Splice Today: How old were you when and your family arrived in Miami from Iran?

Roben Farzad: Two-and-a-half when we came to Miami.

ST: What were your thoughts about the drug trafficking scene in Miami as you grew up there?

RF: I was a serious student in the suburbs and didn't live near where all the action was taking place, so really I followed it like the rest of the country, through Miami Vice.

ST: So how did you discover the Mutiny Hotel?

RF: I had a job selling lemonade at various venues and one day they sent me to the corner of Bayshore Dr. where the Mutiny is. I found the story that became Hotel Scarface in the spring of 1994, just before I headed up north for college. I did the bulk of the reporting and writing since the year 2000.

ST: The Mutiny’s champagne cave held a secret chest where partying drug lords could lock up their machine guns. What else did they do to cater to their specialized clientele?

RF: They had a gorgeous Dominican brunette named Silka who was essentially an international concierge who'd handle passport issues and other matters of international business for the jet-setting clientele. The Mutiny also had legendary Hollywood actor Errol Flynn's old skiff, which you could rent for the day. It came with three or four women employees of the Mutiny, stone crab claws on dry ice, and Dom Perignon. There was a Beechcraft airplane available too.

ST: When the cocaine business came to Miami in the 1970s, why were the dealers, dopers and celebs attracted to the Mutiny Hotel?

RF: Gorgeous women. Delectable food. Fantasy suites. Exorbitant wines and bubbly. Nationally-known recording studio next door. Throw in the billions of dollars in cocaine cash and you can see why it all combusted so well at this luxury destination.

RF: There was the Bordello suite, a King Tut room, the Gypsy Caravan, and the Hot Fudge suite, just to name a few. It was, as someone once explained to me, all about the seduction of the Latin male. Just as in Hotel California, there were mirrors on the ceiling of every.

ST: And, coincidentally, the Eagles used to party heavily there. In your book, you describe the Mutiny Hotel as “a criminal free-trade zone of sorts where gangsters would both revel in Miami’s danger and escape from it.” Did it really make Studio 54 look tame?

RF: There were probably equal amounts of debauchery. Many of the same people frequented both places. One of the main dopers would sell a lot of his stuff at Studio 54 because what they described as “disco dust” there in New York City had been cut so much that they craved the purer Miami product. The actresses at Studio 54 might not know the difference, but the discerning customers did.

ST: How successful were the Cocaine Cowboys in their plotting to control Miami?

RF: The Feds, in their 1991 indictment of "Muchachos" Falcon & Magluta alleged that the conspiracy had accumulated north of $2 billion in ill-gotten gains. They were the kings of cocaine in Miami throughout the 1980s. But the way the gang crashed and burned in the 1990s—and into the present—makes that success look questionable. Sal Magluta is serving a double life sentence. Willie Falcon is facing deportation to Cuba, which his family believes is tantamount to a death sentence.

ST: With all the temptations of quick and easy profits everywhere, did some so-called respectable people enter the drug trade in that time?

RF: Yes, even some bankers got into the business. They couldn't resist.

ST: After telling themselves that it was just a temporary thing?

RF: Some found that plan difficult to stick with.

RF: I believe it was a law enforcement official or journalist in late-1970s Miami. The 1979 Dadeland Mall Massacre and 1981's homicide explosion had every publication on the planet dropping that term. I argue that the Mutiny Club was these cowboy's favorite saloon.

ST: Is there anyone in particular you wanted to interview but they wouldn't agree to it?

ST: Why weren't they able to get permission to film Scarface there?

RF: After the Mariel boatlift from Cuba in 1980 and the race riots and the drug trade, it became the murder capital of the U.S. and there was so much press already that they weren't welcomed in Miami. There were gunfights everywhere so the city rented a huge 18-wheeler refrigerated truck from Burger King to store the dead bodies because the morgue was at full capacity.

ST: Did you get much resistance in getting interviews from people who were formerly in the drug trade?

RF: No. This has become so much a part of Miami's fabric and it was a long time ago so the worm has turned at this point and many people actually want to be associated with Scarface.

ST: What's the Coconut Grove area of Miami like?

ST: What role did the Mutiny Hotel play in Miami’s building boom of the 1980s?

RF: It was a huge early victim of the Savings & Loan Crisis that helped take down the city and country's economy. The place stood vacant for a long time. Mags like Fortune and Newsweek couldn't resist the quip: “Uncle Sam now owned Miami's most infamous den of iniquity.” I encourage you to Google crime writer Edna Buchanan's observation on the landmark documentary Cocaine Cowboys: Miami's modern-day skyline was built on cocaine. Watch that doc in full. And also watch Cocaine Cowboys Reloaded—its special cut. I think they’re both on Netflix.

ST: How has the reception been to your book in your hometown of Miami?

RF: Great. We had a standing room crowd at both the Miami Book Fair and the reading at Books & Books. People were asked to shut off their phones. I suggested they also empty their guns.

ST: What's the Cold War connection to the story you tell in your book?

RF: Miami in the 1960s and 70s was teeming with Cuban men who were pissed off to the max at Fidel Castro, and their perceived betrayal by Washington at the Bay of Pigs.

ST: So there were a lot of CIA-trained guys with special skills who were looking to put them to another use?

RF: They were constantly raring for a rematch. When that didn't happen, many shifted to smuggling marijuana. They knew maritime evasion, how to operate at night, all those miles of coastline.

ST: Too savvy for the Coast Guard to control them?

RF: The Coast Guard had nothing on them. A good portion upshifted to cocaine, a far more lucrative commodity whose 1980s explosion became inextricably linked to the Reagan administration's backing of Nicaragua's anti-Communist Contras. The joke in Miami was that every busted cocaine dealer swore he was working for the CIA.

ST: There have been allegations that the CIA was involved in the drug trade to finance the Contras’ war against the Sandinistas. Maybe the Hotel Mutiny was a CIA front operation.

RF: I couldn't rule that out.

ST: It took you 23 years to write Hotel Scarface. What time frame did you have in mind when you began researching it? Why did it take so long to complete it?

RF: I'm actively trying to repress the thought of these very questions.