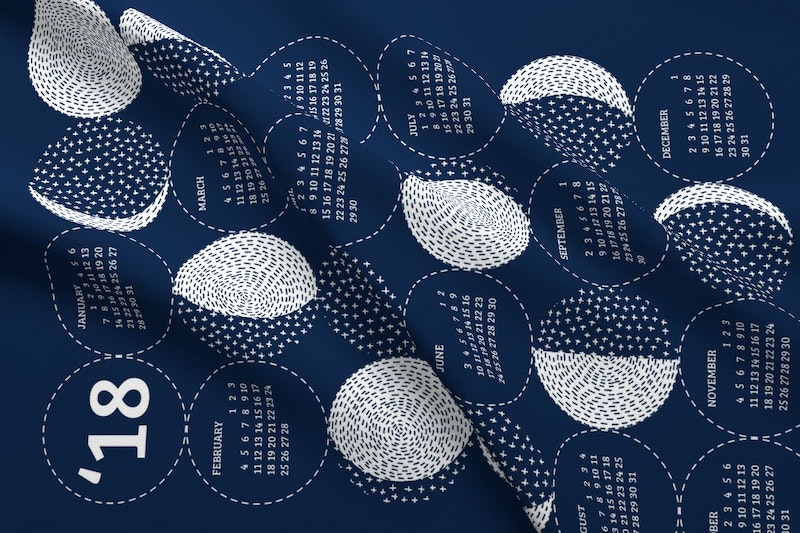 1. Political Gate-Building: My favorite moment of 2018 was in November. After months of endless campaign coverage from our beleaguered media, Election Night brought Democratic victories throughout the country and the Senate is now blue. It's as if we just built the gate to keep the toddler-in-chief in check. The race for the Democratic nomination will last from November 2018 until May 2020.

2. Coinage: How about the bitcoin hoax? Despite technology’s love affair with the blockchain, the speculative nature of crypto-currency remains… speculative. Is bitcoin, or any of its competitors, actually safer than any other market? People remain intrigued. Economists remain nonplussed. Universities began including crypto-currency overviews in their Econ degrees, but the course readings all needed to be decoded.

3. The Internet, Reading, and Watching: While we consume our corners of the Internet and binge on television, it’s getting simultaneously easier and impossible to ignore the Internet, as nearly everything read is now read on a screen. While still viable on the coasts, where university culture still exists with its intellectual roots, the act of reading has been questioned by our administration. Orwell’s name continues to be referenced, yet few read him. Video continues to dominate the content-creation machine, while podcasts offer something of an in-between: the commentary and reportage of journalism, with the portable ease of radio. Still, advertising revenue continues its decline. Everyone wants their shit for free, with an auto-play 30-second advertisement garnering small revenue streams on the margins.

Psychologists have long discussed the added anxiety that comes with having too many choices. At this point, we can’t acknowledge our own paralysis. The fact it’s become easier to ignore the Internet should make us all somewhat terrified. When disinformation becomes the norm, and educated people start opting out in droves, we shouldn't be shocked by our clickbait reality. The repeal of Net Neutrality was one major initial blow. Though we’ve been taught to believe in an Internet of possibilities, the reality of equal access and service provider regulation is murky at best.

4. Me Too: After the revelations of 2017, was anyone expecting that all the creepy, molesting and misogynistic men had been outed? Perhaps by 2020 we'll have adequately adjusted our collective cultural attitudes and older American men will recognize their attitudes toward women, which came from the mid-to-late 20th century, are no longer welcome.

5. NBA: When the Houston Rockets defeated the Golden State Warriors in the Western Conference Finals, casual fans were stunned. When they beat LeBron and the Cleveland Cavs in the Finals, nobody was shocked. What did shock the NBA world was LeBron signing the one-year deal with the Rockets in July. "Is There any Loyalty Left in Sports?" As if life were any better when athletes had zero power and owners called all the shots. Despite it all, the NBA continued its climb to the top of the sports world.

6. MLB: Before October baseball started, most American League fans were expecting to see the Astros or Angels meet the Yankees in the ALCS. The story of the new additions: Ohtani and Stanton, made the headlines. When Stanton injured his oblique, with Sanchez already out for the year, the Yankees looked vulnerable. Indeed Cleveland ousted them. The Red Sox coming back to beat the Angels, behind Drew Pomeranz and the slugging of Mitch Moreland… that was unexpected. Albert Pujols' retirement after the season was less so. I can't tell you what happened in the ALCS... it would ruin the surprise. I will say that the winner met a team nobody expected to come out of the NL after the disastrous 2017 season: the New York Mets.