Living abroad made me feel reborn. 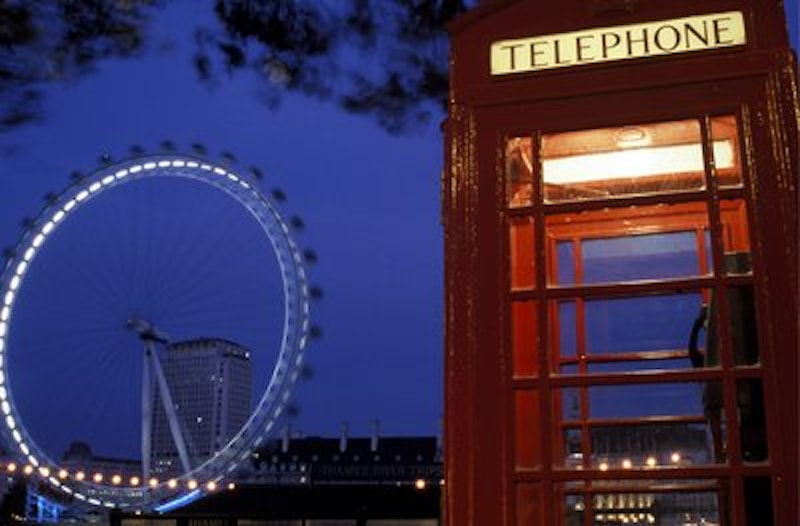 With cheap international air fares, Skype and FaceTime the world is so small today that 4000 miles and a time difference isn’t enough to keep you from your loved ones. I moved to London almost a year ago, but I still kiki with all my friends and family back home on Facebook pretty much every day, sometimes throughout the day, so it always seems like they’re right here with me.

And thankfully I feel that way because at this point in my life I have no desire to live in the United States again—not in San Francisco, Chicago or even New York.  It’s something I’ve always known—that I wanted to get the fuck out of the United States—but it became really clear to me a few weeks ago when I was talking to my cousin Michelle about family. She’s pregnant and popping out her baby in a few weeks and we got to talking about how my other cousin snatched our wigs when she posted a pregnant ultrasound on Facebook.

“Everyone’s having babies,” Michelle said. “Don’t you think you should come home or find a job that’s closer?”

I’m not exactly sure what appeals to me about living in Europe. Is it because the money looks weird? Or because my experience as a black American is or should be so much better than in the U.S.? I was really interested in writer/serious babe Thomas Chatterton Williams’ recent piece in The New York Times about why more black Americans don’t ditch the United States and go to Europe or other foreign places where they would presumably be treated as “people” first, not as “black” first in the derogatory sense.

“Why shouldn’t more of us weigh expatriation, even if only temporary, as a viable means of securing those lofty yet elusive ideals of life, liberty and the pursuit of happiness?” Chatterton Williams asked.

It’s a valid question, one that’s been posed and addressed by nearly every influential black American intellectual, celebrity and personality of the 20th century about the powers and pleasures that can come from being a black American in Europe. James Baldwin wrote about it in Giovanni’s Room and Josephine Baker, a major sensation and the toast of 1920s Europe, still had to use the back entrance when she performed at clubs in the U.S.

Chatterton Williams wants more black youths in Europe and he believes the most effective way to do that is through education—study abroad programs, undergraduate and graduate programs—and I completely agree. That’s how I did it. I first came to Europe on a university-sponsored study abroad program at Sciences-Po back in 2004. Sure, I spoke a little French but really only the lame shit you learn in the classroom. I knew my verbs and how to read and write, but not how to open a bank account or order food at a restaurant when your server speaks no English and is impatient.

There was something about living in a new country and existing in a foreign language I understood perfectly fine but was still mastering that was so intriguing. In France I got invited to dinner parties where people spoke fast and I only understood maybe 52 percent of what they were saying. I was paranoid about ordering food in public because I didn’t want to make mistakes. Ultimately I just listened a lot and did what other people around me did. I used their inflections, their turns of phrase, their vocabulary. I was a foreign language copycat.

At a certain point I stopped feeling anxious when someone stopped me to ask a question in French because I knew how to respond. I travelled a lot, too. I went to Montpellier and Marseille, and to Lyon and Aix-en-Provence. My love life wasn’t too bad, either. I had lots of romantic interest from French guys, a thing I was definitely not used to in the U.S., and a long-term French boyfriend who taught me all sorts of things (they say the best place to learn a foreign language is in the bedroom and it is completely vrai).

My French got so good!

After spending such a long time being ratchet all over Paris I was reluctant to come back to the U.S. Totally bummed out if I’m honest. When I landed back in New York at J.F.K. the border agent was all, “Welcome home” and I was just kind of meh about the whole thing. Over it. Actually, though, it felt like I never even left the U.S., not really that cheesy thing where people say, “living in France was a dream” because there were definitely moments that were #tooreal.

It was more that living abroad back then made me feel reborn. It allowed me to discover a brand new piece of myself I didn’t even know existed. A French speaking self, too, wow. That’s really what I liked about moving to Europe for the first time in 2004. It wasn’t about the dream of escaping American racism because racism is everywhere. I think if you try to move someplace to escape racism or find utopia then you’re missing the point because if it isn’t racism then it’s class prejudice or gender prejudice or antigay or anti-trans prejudice.

Do I feel differently as a black American living in Europe? I don’t know. No one pulls me aside and asks where I went to school because “I speak so well,” a real thing that happened to me once in Virginia. I don’t get followed around in stores and really do feel like I’m related to as a “cool American” first, that people automatically assume I’m “cool” because I’m a black guy from the U.S. But I still get questions from gay dudes about my black cock and if it’s big and if I want to top them with it.